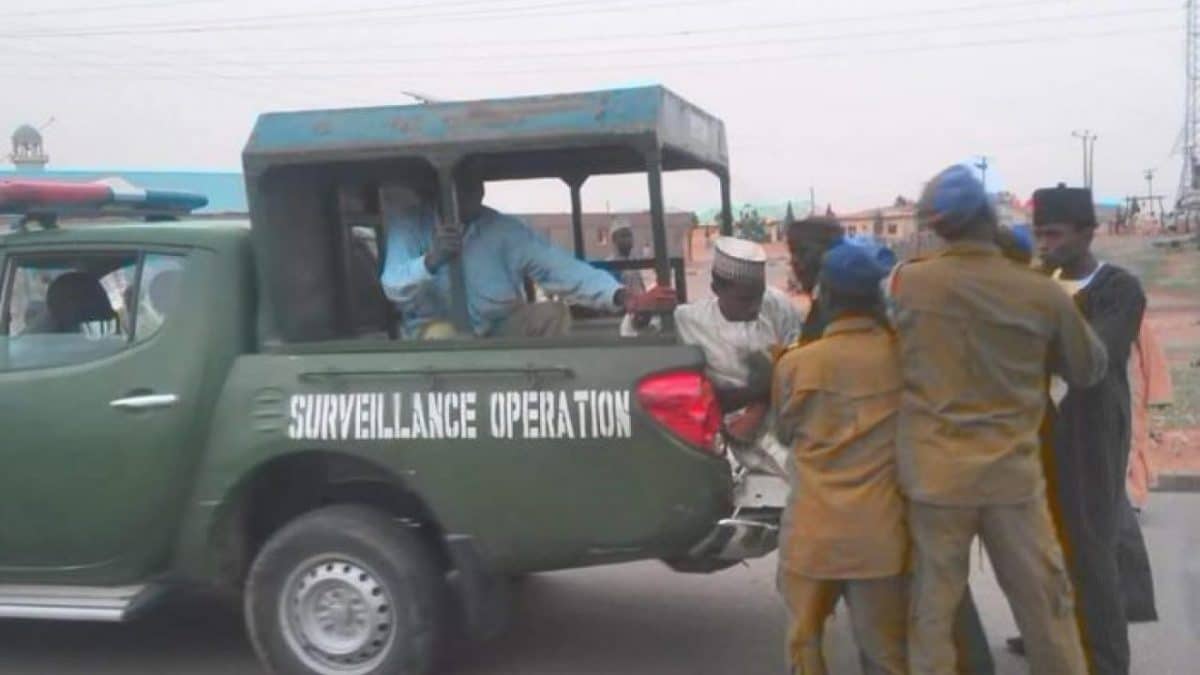 The Sharia law enforcement operatives invaded a compound located at Sabuwar-Gandu quarters in Kano metropolis, where the suspected homosexuals were arrested, prior to the commencement of the planned party.

Our Reporter gathered that the organizers of the party were new grandaunts who planned the party to commemorate their graduation from a tertiary institution.

Each of them was said to have invited their same-sex partners to the event.

A senior HISBAH commander, Mallam Tasiu, who confirmed the arrest of the suspected same sex party organizers, disclosed that over 50 gays were involved and arrested.

He said intelligence reports gathered by Hisbah operatives led to the arrest of the suspects, noting that other suspected persons were still at large.

According to him, the suspects are currently undergoing reorientation programs, according to the teaching of Islam that provides the Hisbah to Counsel such kind of attitudes before taking them to Court or otherwise.