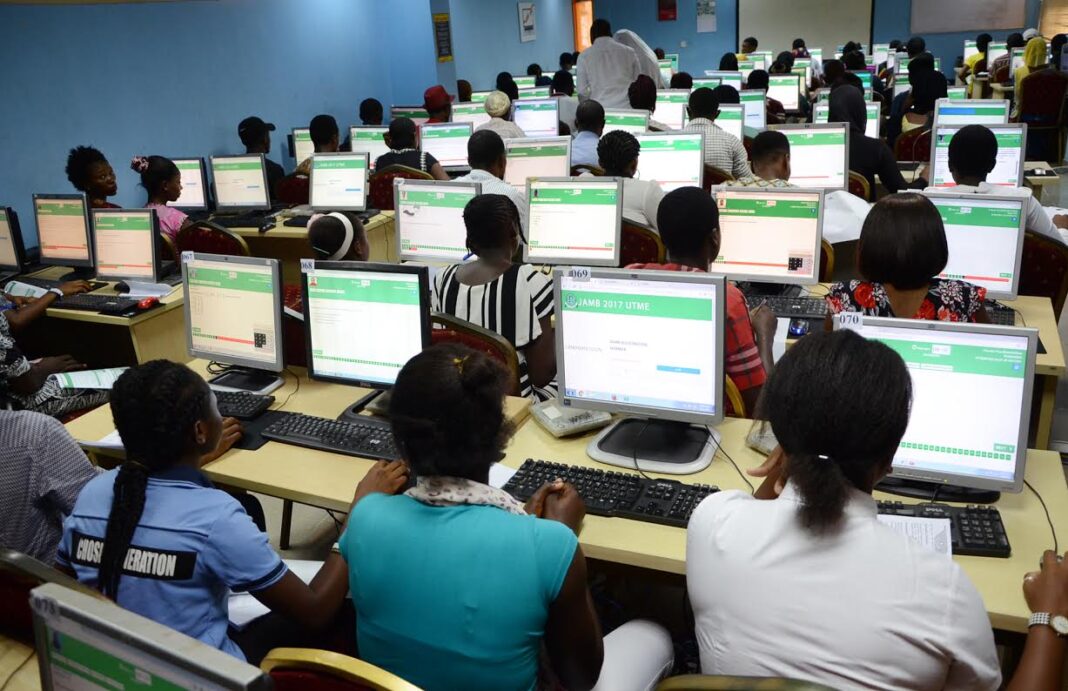 The Federal Government has suspended the 2019 Professional Qualifying Examination (PQE) for teachers at the Ibadan CBT centre following the alleged unruly behaviour of some candidates.

Mr. Sonny Echono, the Permanent Secretary, Federal Ministry of Education, disclosed this in an interview with journalists after monitoring the Computer Based Test (CBT) process in Abuja on Saturday.

Echono announced the suspension of the PQE CBT center at the University of Ibadan (UI) following what he described as unruly behaviour of the candidates.

NAN reports that the PQE was introduced in 2017 for teachers and only those who passed the written examination were certified qualified to teach in the country.

He commended the Teachers Registration Council of Nigeria (TRCN) for organising what he described as “transparent exams process” in 47 CBT centres across the country.

“More than 69,000 candidates are writing the PQE across the 36 states including the FCT under the close supervision of TRCN.

“From the report from Ibadan, the system has some little lapses that is why the CBT was cancelled and we are working toward looking for another day for the exam to be fixed.

“There is improvement in the logistics as observed. Candidates images appear on the computer screen which make it difficult for exam malpractice or cheating.

“It is easy for the exam monitoring officials to confirm that the candidate sitting for the exam is actually the person with the identity,” he said.

According to him, the Dec. 31 deadline to end quackery in the teaching profession in Nigeria still stands.

The permanent secretary said that the government was working on creating a teachers’ data base to collate the data of certified and qualified teachers.

“Anyone not certified or qualified to teach will not have any place in our classroom. We will begin the implementation in January 2020.

“We have also asked the TRCN to make contingency arrangements for additional diet to accommodate individuals who are just registering to write the PQE, ” Echono added.

He said that computer literacy was now compulsory for anyone aspiring to be a teacher.

Also, Prof. Josiah Ajiboye, the Registrar of TRCN, said that Africa alone has a deficit of seven million teachers and that Nigeria accounts for the largest number.

On the suspension of the PQE process in Ibadan, the Registrar stated “the UI centre is the only Computer Based Test centre for the PQE that we got unpleasant report.

“Teachers became unruly, a large number of them besieged the CBT hall and wanted to write their exams all at once. So we had to discontinue the exam until further notice.”

Those who spoke with the News Agency of Nigeria (NAN) all commended the processes but called for more centers to accommodate the large number of candidates in future examinations.

Also, 3,709 candidates registered in Plateau State while Zamfara State has the lowest number of candidates with 397 candidates”.