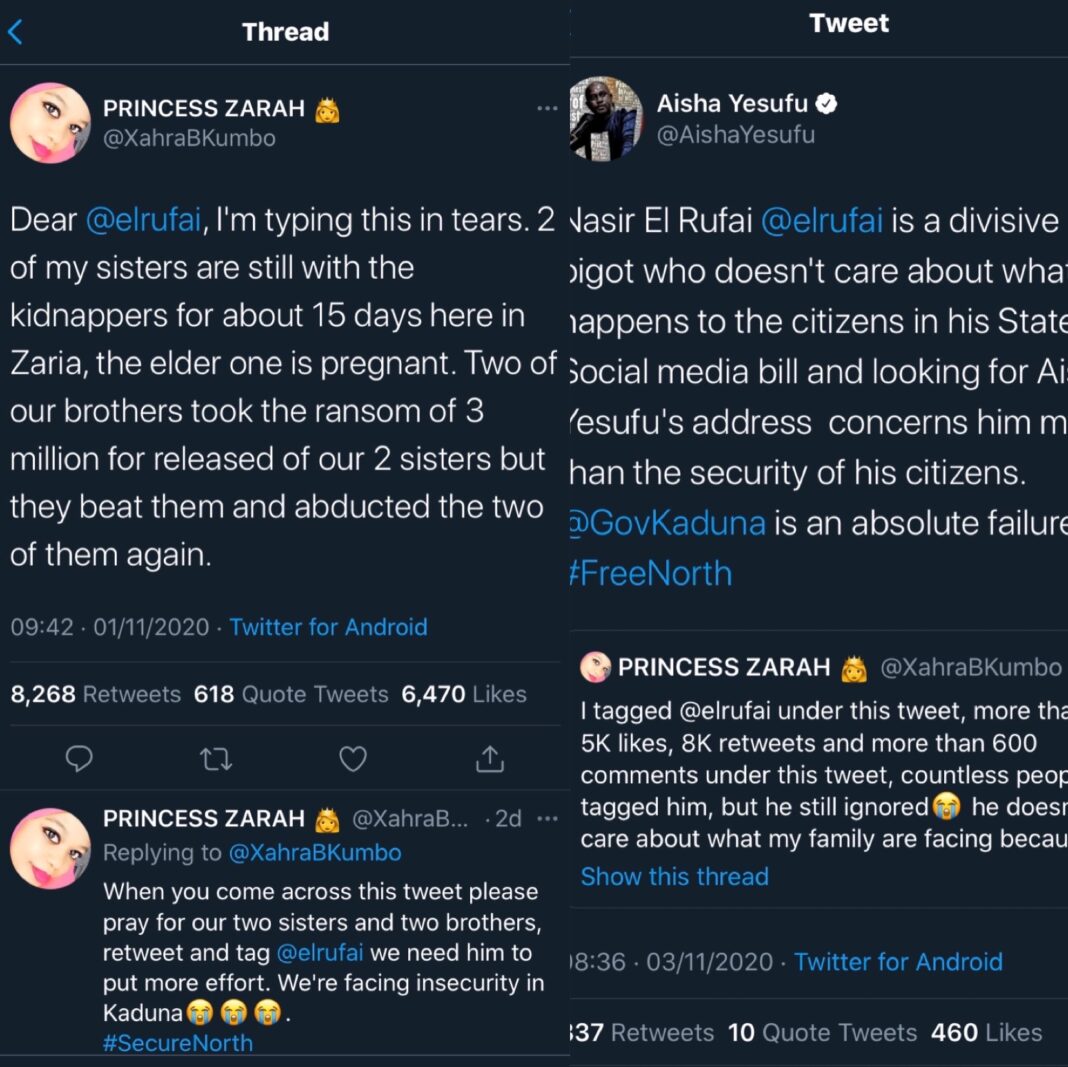 Aisha Yesufu, popular activist, has called out Governor of Kaduna State, Nasir El-rufai over the increasing insecurity in the State.

Yesufu, who is the co-convener of BringBackOurGirls, BBOG, advocacy group, on Tuesday, described El-rufai as a divisive bigot who does not care about the security of the State.

The activist said this while reacting to a comment by a Twitter user who raised alarm about the abduction of her brothers and sisters in Zaria, Kaduna.

The Twitter user @XahraBkumbo wrote: “Dear @elrufai, I’m typing this in tears. 2 of my sisters are still with the kidnappers for about 15 days here in Zaria, the elder one is pregnant.

“Two of our brothers took the ransom of 3 million for the released of our two sisters but they beat them and abducted the two of them again.”

Responding, Aisha wrote: “Nasir El-Rufai is a divisive bigot who doesn’t care about what happens to the citizens in his State.

“Social media bill and looking for Aisha Yesufu’s address concerns him more than the security of his citizens. Gov. of Kaduna is an absolute failure.”

Meanwhile, El-rufai is yet to respond to the concerns of the Kaduna resident about the whereabouts of her siblings who were allegedly kidnapped in the State. 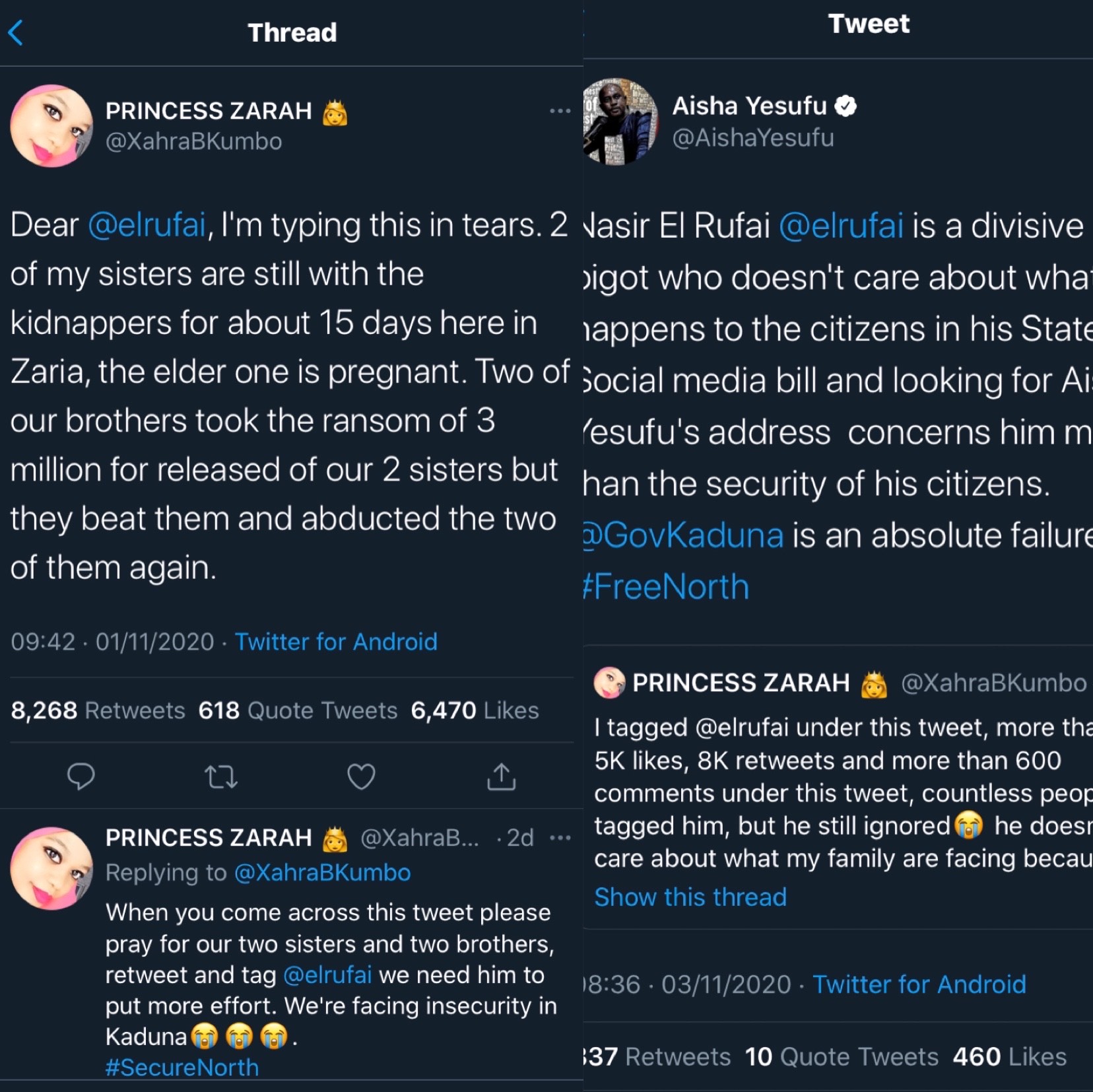