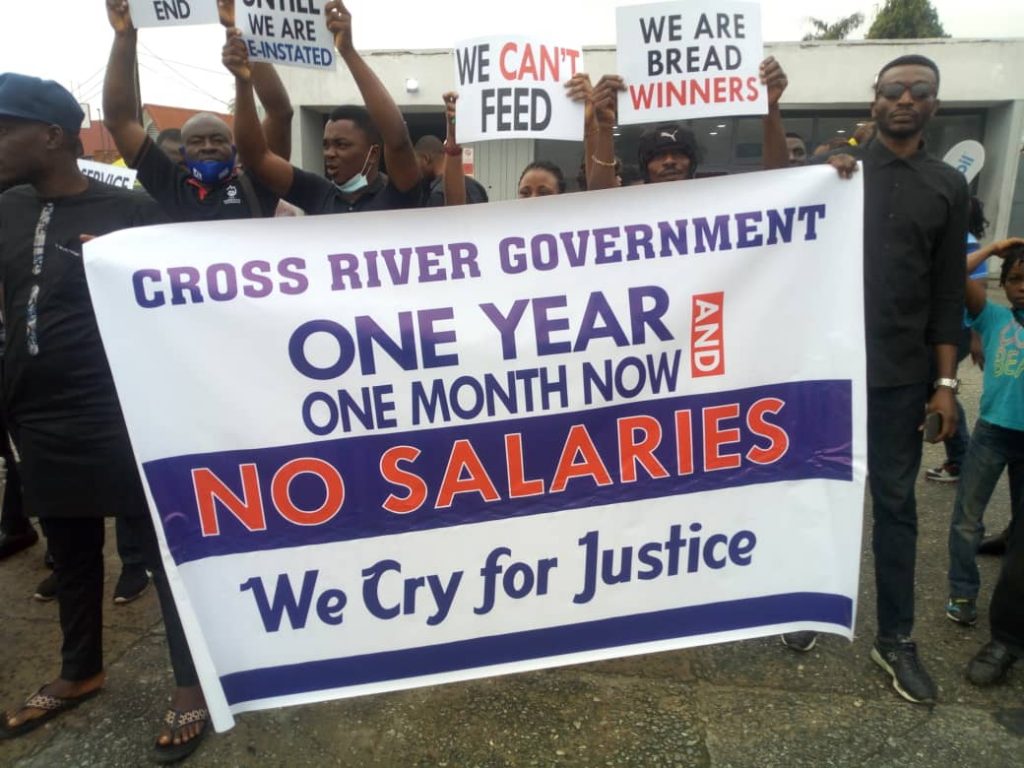 Over two thousand five hundred (2, 500) dismissed workers of the Cross River State Government on Monday took to major streets in the state disrupting government functions at the state ministries over the non-payment of their over one-year salaries.

The protesters had last week given the Cross River State Government seven days ultimatum to reinstate them and pay them their backlog of salaries and failure to do so will push them to make governance and official engagement difficult in the state.

The protesters alleged that it’s now exactly one year and some months since the Cross River State Governor, Sir Ben Ayade reportedly dismissed them (2, 500) from the payroll of the State civil service without any letter or any other form of communication.

It was learned that after a series of attempts to dialogue with the government and unfulfilled promises lingering longer than expected, the workers decided to take proceedings into their hands by calling the shot for their reinstatement.

The protesters under the aegis of Niger Delta Activists Forum issued a press release condemning the action in strong terms and gave the Sen. Ben Ayade’s administration seven days ultimatum to reverse its action. The forum, not satisfied with the silence of the State Government mobilized its members for a peaceful protest that is ongoing.

The gate to the State Secretariat has been locked by the group.

wowplus reports that police are presently on the ground, but no government official has come out to attend to the peaceful protesters.

Comrade Paul Ajie Abang, addressing newsmen lamented what the delisted workers passed through, saying that the workers were from various MDAs and that except their demands are met; the showdown will continue for 7 days.

When contacted, the Permanent Secretary in charge of Security, Governor’s office, Dr Alfred Mboto confirmed being aware of the protest but referred wowplus to the Head of Service, Dr. Chris Ita who was said to have abandoned the office alongside other key workers. But speaking on phone, Ita referred our reporter to speak to the Special Adviser, Labour, and declined further comment, “Please speak to the person I told you, that’s his duty,” he said. 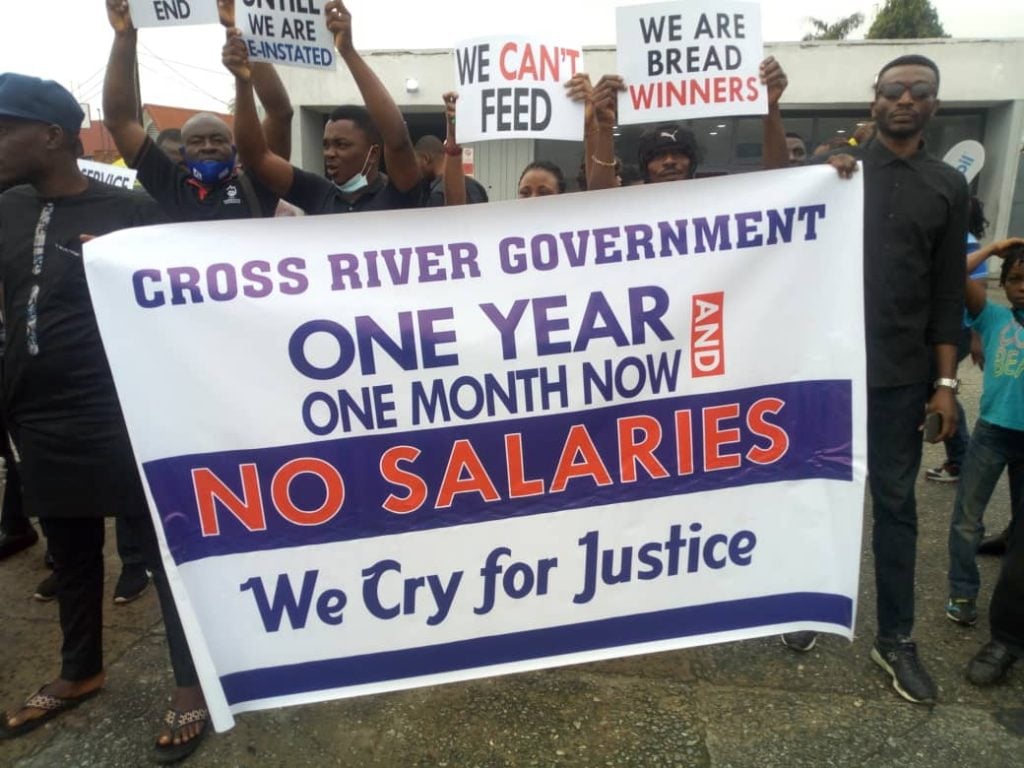