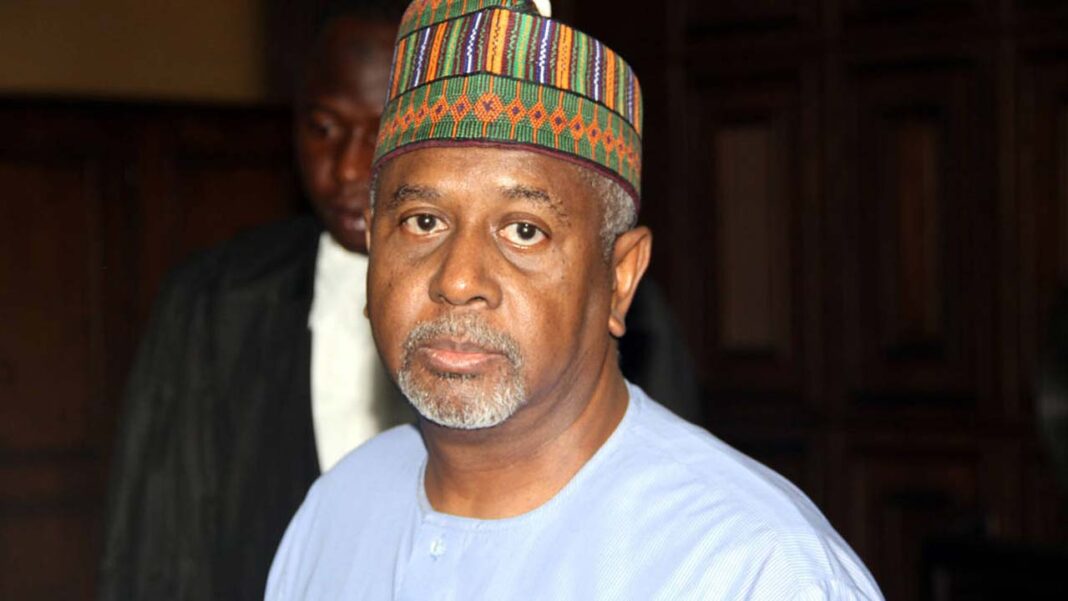 Nigeria News: Dasuki withdraws application protesting his ‘illegal’ detention, Col. Sambo Dasuki (rtd.), a former National Security Adviser (NSA), on Thursday, appeared before a Federal High Court, Abuja, for his trial on charges of money laundering and illegal possession of firearms instituted against him by the Office of the Attorney-General of the Federation (AGF).

Dasuki, who made his first court appearance after his release from four-year-long detention before Justice Ahmed Mohammed, withdrew two separate applications, which he filed in protest against his continual trial without being released from illegal custody.

The Department of State Services, DSS held Sowore and Dasuki in custody despite several court orders for their release.

However, Malami ordered the DSS to release Dasuki.

The ex-NSA, at the proceeding, decided to remain standing in the dock even when the judge offered that he should sit-down.

News Agency of Nigeria reports that there are two separate sets of charges of alleged diversion of funds earmarked for the procurement of arms meant for fighting Boko Haram in the North East pending against him at the High Court of the Federal Capital Territory (FCT) in Abuja.

However, none of the two other cases had come up since Dec. 24, 2019, when he was released from the custody of the Department of State Services (DSS).

At the resumed hearing on Thursday, Dasuki, through his counsel, Olukayode Ariwoola, withdrew his two separate applications filed in protest against his continued detention.

Ariwoola said that they had been overtaken by the event of the release of his client.

“The two applications have been overtaken by the event because our client was released on Dec. 24, 2019.

“In the circumstance, we apply to withdraw the applications,” he said.

Responding, the prosecution counsel, Mr. Dipo Okpeseyi, SAN, said he had no objection to the request to have the applications withdrawn.

The judge subsequently struck out the applications and adjourned till March 11 and 12 for the continuation of trial.

NAN reports that Dasuki, in the application filed on Dec. 11, 2018, had sought an order to adjourn sine die (indefinitely) his trial and/or further trial in the case pending compliance by the AGF with the court’s judgment delivered by Justice Ijeoma Ojukwu on July 2, 2018.

Also, in the other application filed on Jan. 8, 2019, Dasuki had urged Justice Mohammed to invite some senior lawyers, including the current and two past presidents of the Nigerian Bar Association, to address issues relating to his detention.