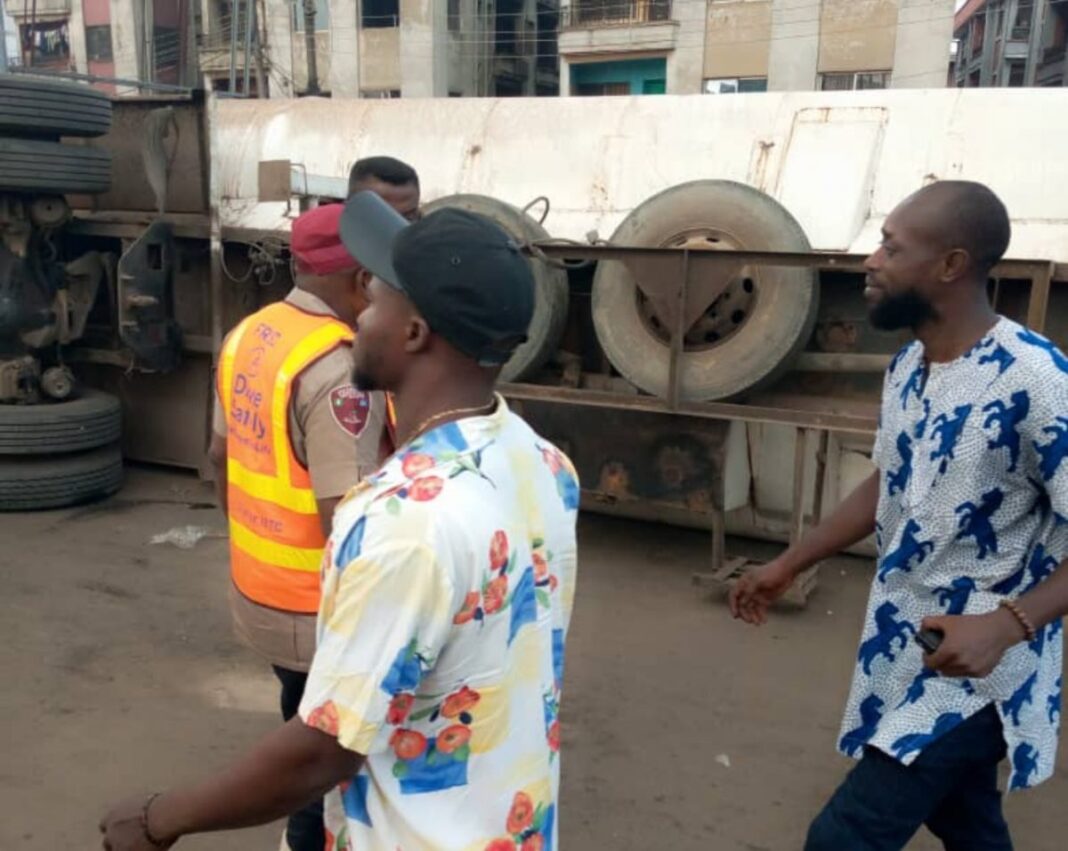 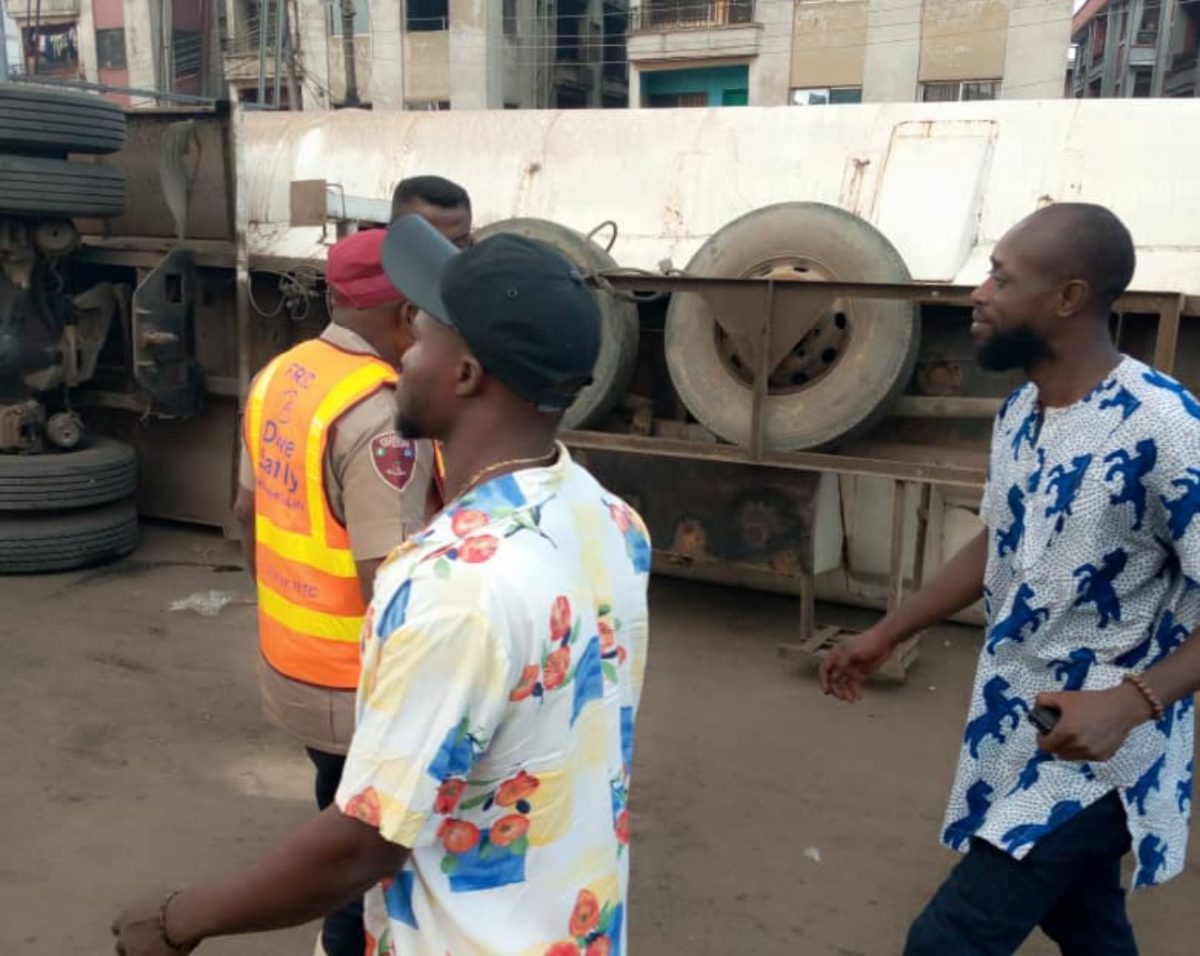 A tanker loaded with kerosene on Tuesday morning fell at Tarzan area, along Owerri/Onitsha expressway, in Onitsha, Anambra State.

DAILY POST reports that this would be the tenth tanker to fall around Anambra State, within a space of two months.

Tuesday’s incident happened at about 10 am, which showed that the driver defied a previous order given by the state government which banned tankers from carrying petroleum products in the state at day.

The state police command’s public relations officer, SP Haruna Mohammed confirmed the incident, saying that men from the command were on ground to forestall any outbreak of fire.

He said, “It is advisable you alert residents in the Area through your medium to steer clear from the premises in order to prevent any disaster.

“Meanwhile, Police patrol teams and other security agencies have cordoned off the area and diverted traffic. Fire Service department and other emergency response agencies are equally on the ground in order to prevent fire incidents. There is no cause for alarm as the situation is under control,” He said.

He, however, failed to mention if the driver of the tanker will be prosecuted for disobeying the state law which bans tankers carrying petroleum products from plying roads in the state at day.

Governor Willie Obiano, while placing a ban on the movement of Petrol laden tankers a month ago had called on security agencies, including the police to strictly enforce the ban.