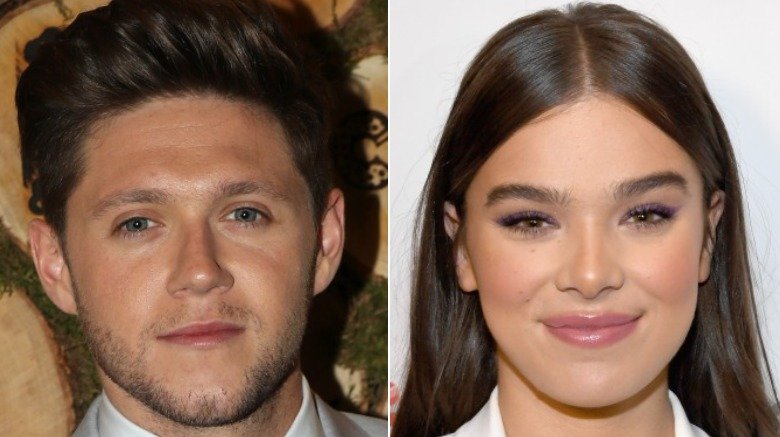 It looks like things are heating up between former One Direction singer Niall Horan and Pitch Perfect 3 star Hailee Steinfeld.

On Thursday, Aug. 16, 2018, the long-rumored couple were spotted kissing while shopping at a Target in Los Angeles, E! News reports. The afternoon outing marked the first time the private pair were seen engaging in PDA following months of dating speculation.

“They couldn’t keep their hands [or] eyes off of each other,” an eyewitness source said of the duo, who kept their arms around one another while casually clad in matching white t-shirts and shades. “Very sweet together.”

Horan, 24, and Steinfeld, 21, have been friends for years. However, as Nicki Swift previously reported, the two first sparked dating rumors in February 2018, when they were spotted at a Backstreet Boys concert in Las Vegas. The alleged couple were later seen holding hands while on an apparent date night in Los Angeles in May, and again the following month in New York City.

Since then, things between the two seem to have gotten more serious. During a concert in July, the “Most Girls” singer revealed to her fans that she was in love. “For the longest time, part of me was like this is not love, it’s falling and it’s great, but it’s definitely not love,” Steinfeld said, but didn’t mention Horan by name (via E! News). She added, “This person could leave tomorrow and I’d be fine and then I realized no, I wouldn’t. This is love.”

At the time of this writing, Horan and Steinfeld have yet to officially comment on their current relationship status. Meanwhile, a number of other celeb pairings have sparked dating rumors of their own this summer, including Marvel star Chris Pratt and author Katherine Schwarzenegger. The alleged couple are reportedly “getting serious” after appearing to casually date since June. Their reported romance marks Pratt’s first relationship following his split from ex-wife and Mom star Anna Faris.