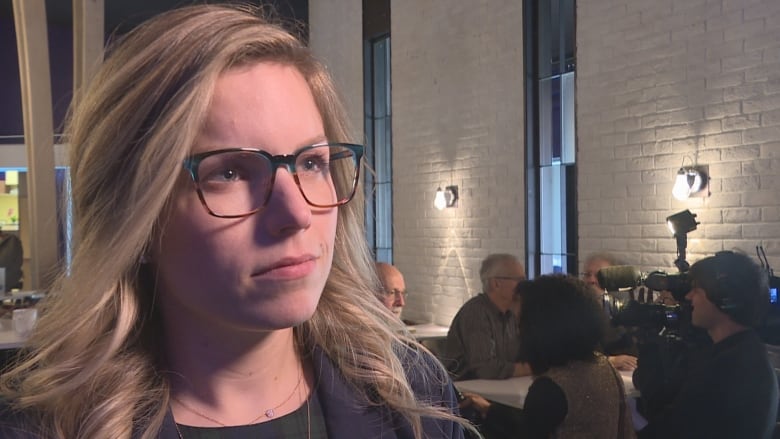 When Prime Minister Justin Trudeau’s office announced that Canada’s next governor general would be Mary Simon, there were approving nods across much of the country, but for many francophones, it also raised questions about their place in the federation.

Simon, who is bilingual in English and Inuktitut, has a long-standing reputation as an advocate for Indigenous people.

Among her long list of accomplishments, she helped negotiate a landmark comprehensive land settlement in Quebec that enabled the development of hydro dams while allowing the Cree and Inuit in the province’s north to maintain their way of life.

But Simon, who was educated in a federal day school in the Nunavik region, says she was not given the opportunity to learn French as a child. She has promised to try to learn it in her position as governor general.

Simon worked for almost 20 years at the Department of Foreign Affairs and served as Canada’s ambassador to Denmark, but she did not learn French during her tenure there.

“Yes, she was schooled in English,” wrote one of the most popular columnists in the province, La Presse’s Patrick Lagacé.

“But decades have elapsed between her school days and her nomination as GG, when she did not feel it was useful to learn French. Am I supposed to applaud that she is promising to learn French at the age of 73?”

In Ottawa, the Office of the Commissioner of Official Languages said that as of Tuesday, it had received 59 complaints about Simon’s appointment.

Many francophones seem to be conflicted about the first Indigenous person to hold the office of governor general.

“We can rejoice that such a colonial institution will be held by an Inuit and also find it regrettable that a person who does not speak French was chosen,” Lagacé argued. “Two things can be true.”

Francophones in an ‘impossible position’

An editorial in Le Devoir said Simon’s background is in many ways exemplary, and her inability to speak French should not ruin an important moment for Indigenous people.

But, the editorial added, “more than seven million Canadians speak French and have the right to demand that the head of their government be able to understand them and respond to them.”

The Fédération des communautés francophones et acadienne du Canada (FCFA), which represents francophone communities across the country, hailed Simon’s nomination as an important advance on the path to reconciliation and said it was encouraged by her willingness to learn French.

But the group also tweeted that “the prime minister has created a precedent which challenges the convention that the position of governor general be filled by a person who can, from day one, express themselves in both official languages of this country.”

“No one in Canada wants to be against reconciliation,” she said. “Francophone communities know better than most what it means to be a linguistic minority and how important it is to acknowledge Indigenous languages.”

But Chouinard said English Canadians would likely balk if a governor general spoke an Indigenous language and French but not a word of English.

Acadian Sen. René Cormier, who chairs the Senate committee on official languages, said the federal government needs reminding that the governor general is an important symbol.

“It is possible to combine the principles of inclusion, diversity and linguistic duality,” Cormier said.

Others are more supportive.

Quebec political journalist Michel C. Auger recalled in a Facebook post how then-premier René Lévesque, during a first ministers’ conference following the repatriation of the Constitution, ceded Quebec’s time to leaders from different Indigenous communities. Mary Simon was one of them.

The First Ministers Constitutional Conference was held in March of 1984. This exchange happened during a discussion about gender equity. 3:29

“Mary Simon is a great Quebecer, who was made an Officer of l’Ordre national du Québec, the highest distinction awarded by the Quebec government,” Auger said. “If she was good enough for René Lévesque to speak in Quebec’s name, she is certainly good enough for me — and for many others.”

When La Presse opened up its comment page to readers for their opinion on Simon’s nomination, it says it received 800 submissions — most heralding the fact that an Indigenous woman would be taking over the job but also lamenting her inability to speak French.

“I do not believe the prime minister would have dared appoint an Indigenous francophone,” said one reader, Laurier Poissant of Mont-Saint-Hilaire. “The respect of Canada’s two founding peoples is the foundation stone and glue of this country.”