How summer school, tutoring are helping students catch up from pandemic-disrupted classes 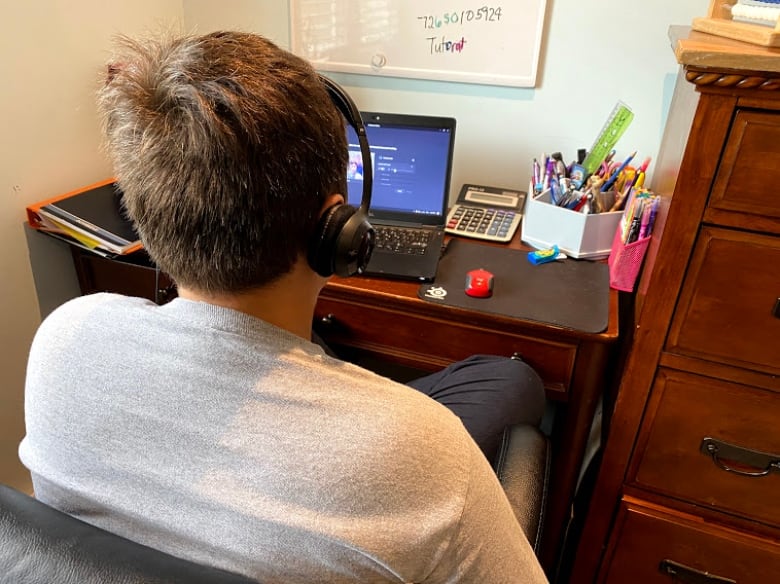 While taking a summer breather is on the schedule for many students, others are tapping tutors or taking summer school to help bridge gaps that have arisen over the past year-and-a-half of pandemic-disrupted schooling and a shift to virtual learning.

Here’s what families and educators shared with CBC News about using summer school and tutoring to catch up — and why some students are feeling motivated to get back to learning.

Katherine Korakakis is settling into summer a few weeks later than originally planned, after learning her son, Nathan Peretz, wouldn’t pass Grade 7 without boosting his math mark in summer school, which was held virtually.

“It was a hard blow, I’m not going to lie.… It just seems like it’s been a never-ending cycle of looking at a screen, looking at a teacher talking to you virtually,” said Korakakis, who lives in Montreal and serves as president of the English Parents Committee Association of Quebec.

Her 13-year-old was able to complete his remedial session during a concentrated stretch of about 2½ weeks after the regular school year concluded, Korakakis explained, so it ended up being a good experience.

But she remains concerned whether that short boost has truly brought Nathan and his peers up to speed and fully prepared for the next school year.

‘You can just really focus’

Though “pretty decent” in math before the pandemic, Kian Houle saw his Grade 10 mark drop significantly in the spring of 2020, soon after the pandemic hit.

“I kind of slacked off toward the end, and then gave up completely after they put [classes] online,” admitted the North Vancouver high school student.

Since working with a tutor during this Grade 11 school year, he’s had a dramatic turnaround.

“My math grade went up to a high A,” said the 17-year-old, noting that ongoing one-on-one support was key to that success.

When Houle received his school schedule, he saw his year would be condensed into four quadmesters: two subjects at a time, for 2.5 hours per course daily, and after about 10 weeks, moving onto the next two subjects.

He chose to start weekly tutoring sessions last fall in order to catch up and, by the time his math class started, not only had Houle successfully revisited the Grade 10 material he’d had trouble with earlier, his tutor had also walked him through the entire Grade 11 math curriculum.

“It’s way easier for him to pinpoint what I did wrong and for him to explain it to me. And it really helped me develop a better understanding of the information,” Houle said.

“It’s way easier than having a room full of 30 kids. We’re all trying to ask different things and — I don’t blame them, the teachers — they can’t can’t focus on every kid. But having a personal tutor … you can just really focus.”

‘Pandemic was an awakening for many’

Houle was far from alone in feeling disengaged, falling behind and then having to adapt to a brand new kind of schooling.

Lacking motivation to learn and not feeling accountable to teachers viewed through a computer screen were among the biggest challenges professional tutor Hanh Nguyen noticed in the students she works with, particularly high-schoolers.

“I saw a lot of procrastination, leaving things to the last minute, just an overall sense of not being engaged in what they were learning,” said Nguyen, a former teacher and founder of Vancouver-based Teacher on Wheels, which matched Houle with his tutor.

Nguyen has also had other families seek help for their kids, who have now struggled amid disrupted learning during two school-year cycles.

Many students “fell through the cracks” for different reasons, she said, from those who had difficulties learning online or trouble shifting to a condensed semester system, to those who fell sick during the pandemic or otherwise missed classes.

“It’s almost like the pandemic was an awakening for many and people are just now starting to realize problems that are coming to the surface that, you know, were already there, but maybe weren’t as prominent.”

Though Nguyen recognizes the importance of taking a summer break, she’s also confident that those retaking courses and catching up with tutors in July and August can get on track by the fall.

“Students are in a good space. Students like being around each other. They like being in-person. That was one of the huge things that I think parents were calling to confirm about,” he said.

‘Students are in a good space… They like being-in person,’ says Winnipeg School Division summer session vice-principal Shaun Bright. ‘Being in person, having that opportunity to be physically there with somebody, I think that those are really important things for students and staff.’ 1:45

Bright noted that while summer enrolment fell last year due to some feeling hesitant about their kids being indoors, this year’s session has jumped back to pre-pandemic numbers. He attributes it to families recognizing the value of in-person learning and face-to-face time with a teacher, especially after a year in which so many had a hard time engaging through a screen or working independently at home for significant stretches.

‘Students who want to be here’

“When you’re in Grade 9, Grade 10, Grade 11 … they don’t have all the skills necessary to really problem-solve and motivate themselves to make sure that they’re completing the work on time, the resources to be able to go and ask questions when needed,” he explained.

Though summer school has always followed a condensed, fast-paced timetable, whether a student is repeating a course or learning a new subject, Bright feels it continues to be a great learning environment due to traditionally smaller class sizes and more individualized attention from the teachers. (That’s especially true during the pandemic, since his school division has capped classes at 15 or 16 students.)

After a stressful school year of juggling so many changes, he said summer school 2021 has got off to a great start.

“We’re not experiencing the students that are disengaged … it’s students who want to be here.”