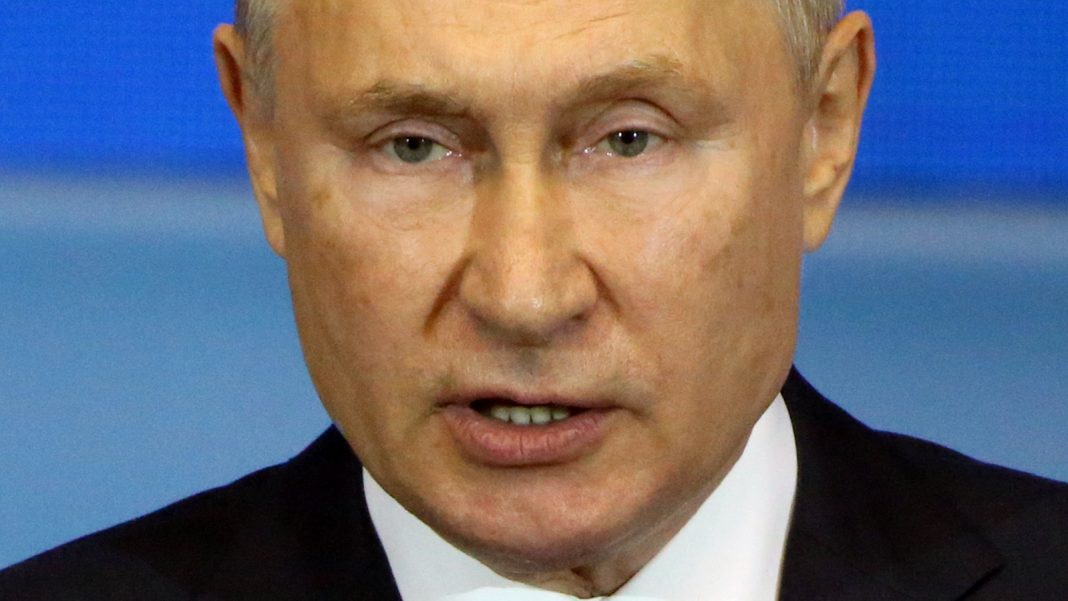 In a video posted by the Kremlin on April 21, Vladimir Putin sat with Russian Defense Minister Sergei Shoigu to receive a report on the Russian invasion of Mariupol, Ukraine. In the video, Putin’s face was noticeably bloated and strained, while his shoulders were hunched during Shoigu’s speech.

But what people noticed the most from this video is the way that Putin’s right hand is gripping the edge of the table. One Twitter user noted, “Putin was not looking at all well today. People have particularly noted his hunched position and the fact he never let go of the table during the entire 12-minute meeting.” British blogger Louise Mensch also tweeted: “I reported, Vladimir Putin has Parkinson’s disease and here you can see him gripping the table so that his shaking hand is not visible but he cannot stop his foot from tapping.” People on Twitter also pointed out that Putin looks noticeably different than he did just two months ago at the start of the war with Ukraine.

This video from the Russian government has raised more questions than it has dispelled any rumors about Putin’s condition. The New York Post reported earlier this month that Putin has allegedly been bathing in deer blood in the hopes of improving his health. Whatever the rumors say, it’s apparent from this new video that all is not what it may seem in regard to the Russian president.