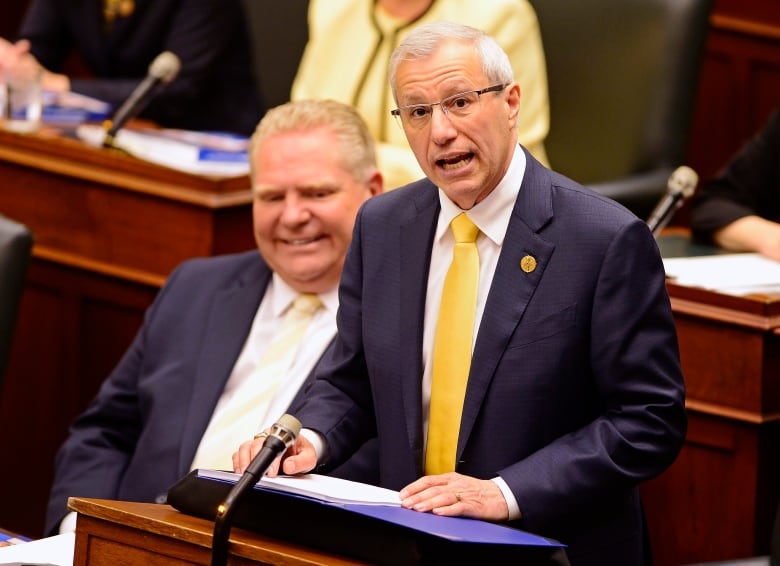 New figures show the pace of foreign purchases of residential real estate in the Greater Toronto Area has slowed to a trickle, two years after the province imposed a tax to try to cool the housing market.

The statistics were made public Tuesday in the wake of reporting by CBC News this week that found the provincial government had not put out any new information on the foreign buyers tax on home sales in more than a year.

The updated numbers show that non-residents bought 1,788 homes in the region covered by the foreign buyers tax from mid-February 2018 to the end of March 2019.

The 15 per cent tax on the purchases netted the government $221 million in that time period. That means the value of residential real estate bought by non-residents in a little more than 13 months totalled about $1.47 billion.

Until now, no new statistics on the foreign buyers tax had been published since April 2018. CBC News requested more recent numbers from the Ministry of Finance last December and late last month. On both occasions officials said no updates were available.

Asked why, Finance Minister Vic Fedeli promised to look into the matter. The new figures appeared on the ministry’s website Tuesday, one day after the story was published. 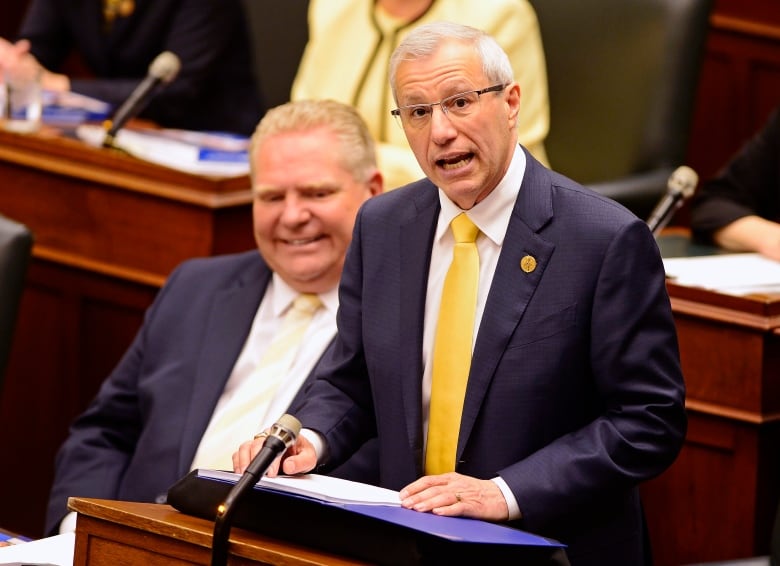 Finance Minister Vic Fedeli promised last week to find out why foreign buyers statistics were no longer being published. Updated numbers appeared on a government website Tuesday after a CBC story on the issue. (Frank Gunn/Canadian Press)

The new numbers suggest non-residents are currently buying fewer homes than they did in the first months the tax was in effect.

The government is not providing comparable figures for the total number of home sales in those time periods. However, CBC News has used relevant Toronto Real Estate Board figures to calculate the proportion of purchases by non-residents.

CBC’s analysis suggests foreign buyers account for about 1.8 per cent of total home purchases in the GTA (Toronto plus the regions of York, Peel, Durham and Halton) since the tax was imposed in April 2017.

That suggests the pace of foreign purchases of residential real estate is now much slower than what it was before the tax took effect. Industry estimates before 2017 suggested non-residents made up five to 10 per cent of home buyers in the GTA . The province said non-residents accounted for 4.7 per cent of home purchases in the region in the first month after the tax kicked in.

There is some variation across the region, with foreign buyers accounting for less than one per cent of home purchases in Durham, Peel and Halton regions since April 2017, but more than 2.7 per cent of those in Toronto and York region. 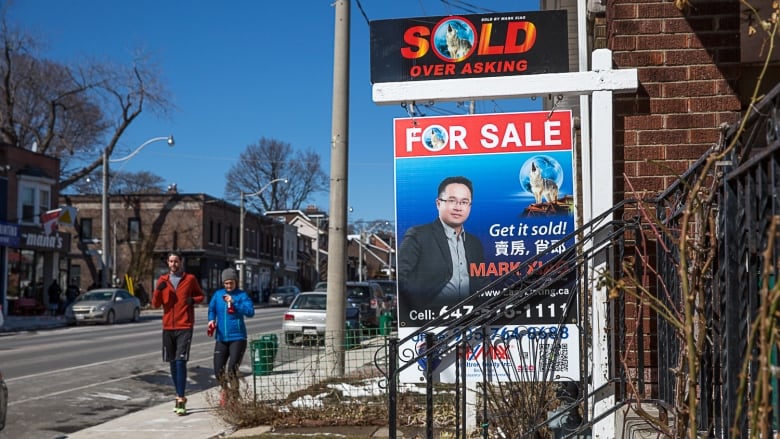 CBC’s analysis of the province’s new figures suggest non-residents account for nearly three per cent of all home purchases in Toronto and York region since April 2017, but less than one per cent in Durham, Peel and Halton regions. (David Donnelly/CBC)

“It looks like (the foreign buyers tax) is having the desired effect of curbing non resident speculation,” said John Pasalis, president of Realosophy, a Toronto real estate brokerage.

“There’s still a problem” of non-residents purchasing housing as a commodity, Des Rosiers said in an interview Tuesday at Queen’s Park.

“If we want to preserve our ability for people that live here to access the housing market, we need to maintain that tax,” she said.

Before winning the election last June, Premier Doug Ford floated the idea of scrapping the tax.

“I’m worried about what would be the impact on access to housing for young families,” said Des Rosiers.