New outbreak of COVID-19 in B.C. care home where residents and staff were already vaccinated 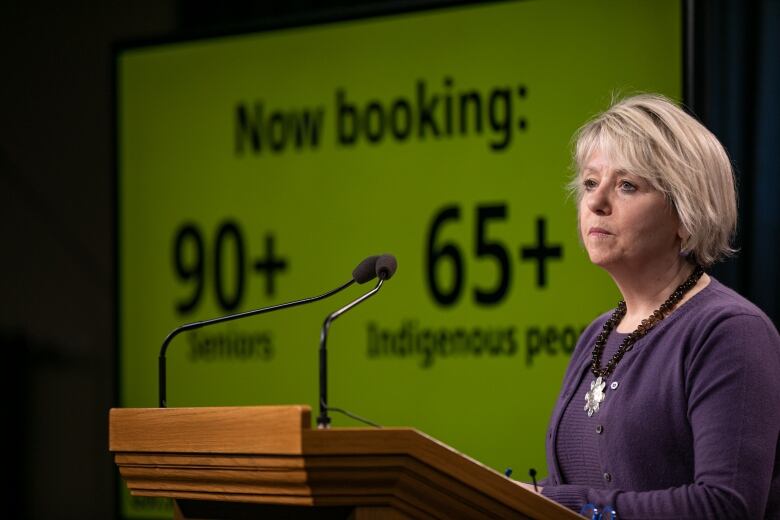 A new outbreak of COVID-19 has been declared at the Cottonwoods Care Centre in B.C.’s Interior Health region where staff and residents had already received vaccines, the provincial health officer announced Monday.

In a live news conference, Provincial Health Officer Dr. Bonnie Henry said being vaccinated doesn’t mean transmission will be stopped and that precautions must remain in place for seniors and care homes.

“You can have transmission even when people are fully vaccinated,” she said. “The illness seems to be milder and doesn’t transmit as much [and we] won’t see rapid explosive outbreaks.”

Two staff members and 10 residents have tested positive at the Cottonwoods long-term care facility in Kelowna, which has 221 publicly funded beds. Henry said that all staff and residents at the home were offered immunizations and that there was very high uptake of the vaccine. She said some of the cases were among people who had received two doses of the vaccine.

“This serves to remind us that, while we are confident vaccine is very effective and prevents severe illness and death, it doesn’t necessarily mean that all transmission will be stopped.”

Henry added the province will give new guidance by the end of the month that will allow for increased visits at long-term care centres.

She announced 11 deaths associated with COVID-19 over the weekend and 1,462 new cases. Since the pandemic began, 1,391 British Columbians have lost their lives to the virus.

Variants on the rise

Health officials also confirmed 144 additional cases involving variants of concern among the new cases recorded over the weekend, most of them the variant first seen in the U.K., bringing the total number of cases linked to concerning COVID-19 variants in B.C. to 394.

A total of 240 people are currently being treated in hospital with 66 of those in critical care.

During the live briefing, Henry also signalled a loosening of some of the province’s restrictions may be coming in the weeks ahead, particularly regarding the rules around sport and religious ceremonies.

“As part of these efforts we’re working with faith leaders to welcome [back a] gradual phased approach of religious services,” said Henry.

She added that transmissibility of the virus will likely fade with the arrival of spring and summer, but that precautions such as distancing, meeting outside and wearing masks would remain important, even as restrictions are gradually loosened.

Henry said there’s little evidence of the virus spreading outdoors, but as long as the province hovers around 500 new cases a day, there will be concern of rapid increases in transmission.

On Monday, vaccine call centres opened at 7 a.m. at the Fraser, Island, Interior, Northern and Vancouver coastal health authorities to allow appointments for people 90 years and older and Indigenous people who are 65 and older or identify as elders.

In less than three hours after they opened, 1.7 million calls had come in.

Prime Minister Justin Trudeau says March 11 will be a “national day of observance” for the COVID-19 pandemic.

The day is meant to commemorate the more than 22,000 people in Canada who have died from the disease and to acknowledge all the other ways lives have changed over the past year.

CBC British Columbia is hosting a town hall on March 10 to put your COVID-19 vaccine questions to expert guests, including Provincial Health Officer Dr. Bonnie Henry. You can find the details at cbc.ca/ourshot. Have a question about the vaccine, or the rollout plan in B.C.? Email us: bcasks@cbc.ca