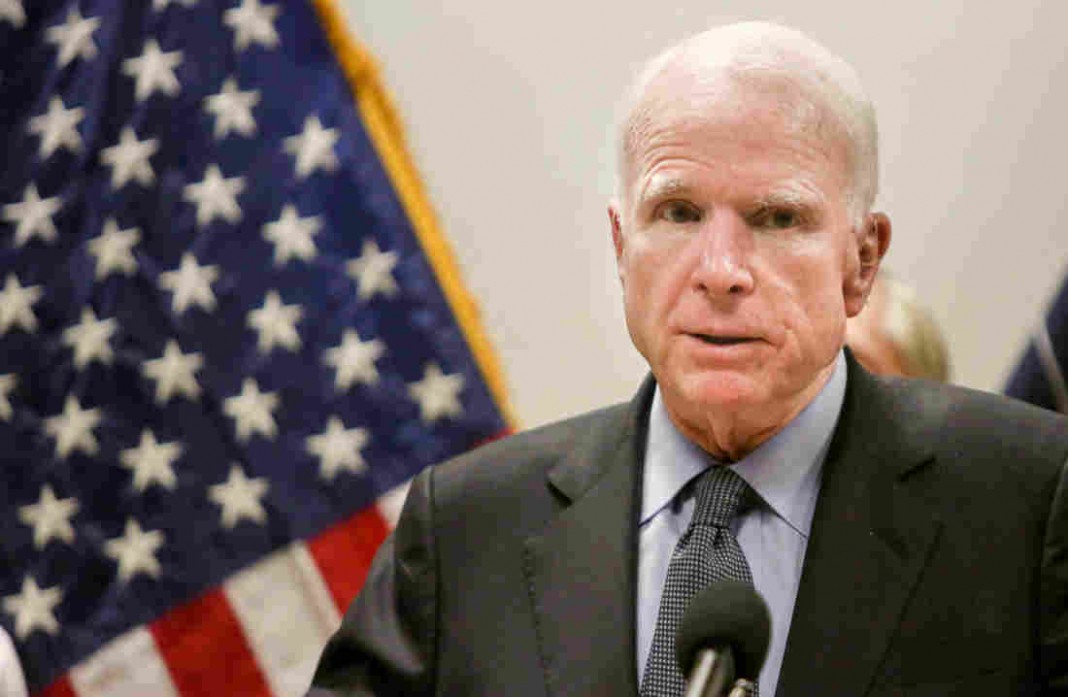 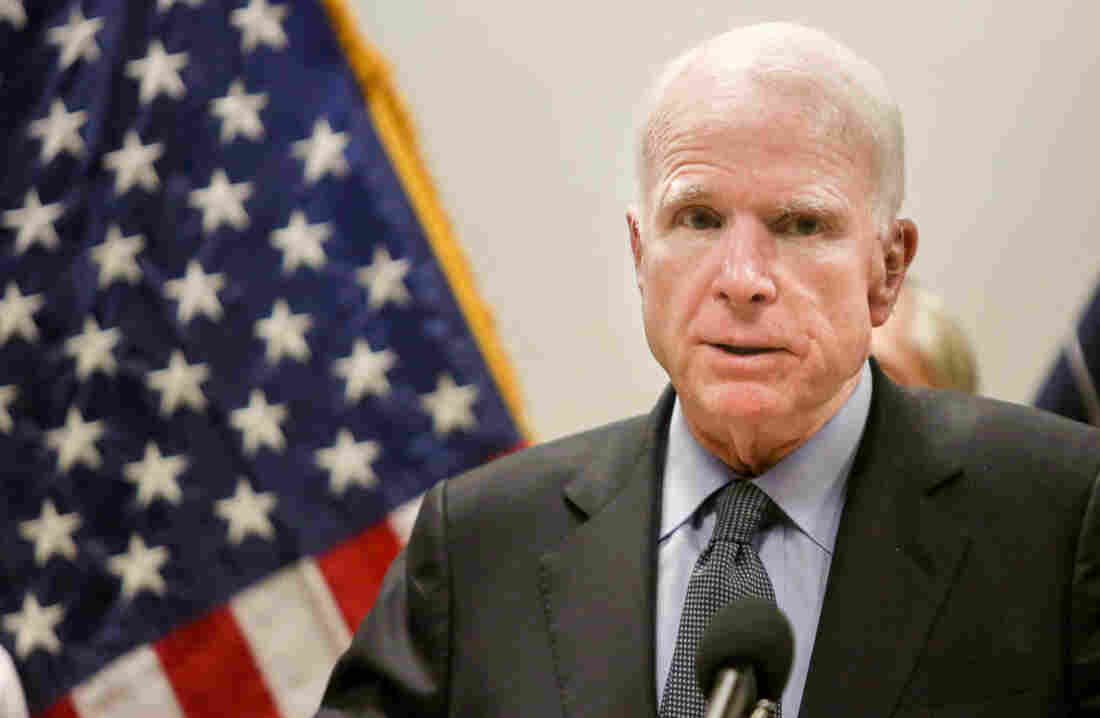 Sen. John McCain, R-Arizona, has been critical of how the GOP health overhaul bill would affect people in his state. Anadolu Agency/Getty Images hide caption

Sen. John McCain, R-Arizona, has been critical of how the GOP health overhaul bill would affect people in his state.

The initial report of Sen. John McCain’s surgery sounded simple: The removal of a blood clot above his left eye. But it was actually brain surgery, and the clot was almost two inches long.

The surgery prompted Senate Majority Leader Mitch McConnell to delay a vote on the health care bill until the 80-year-old McCain is well enough to return to the Senate.

As NPR’s Geoff Bennett and Tamara Keith reported, “the Republican senator’s absence from the Capitol would have complicated the already tight math surrounding a planned Senate health care vote to repeal and replace the Affordable Care Act.”

But it remains unclear how long McCain’s convalescence will last.

NPR’s Robert Siegel spoke with Dr. Peter Najaki, director of the neurosurgery residency program at the Barrow Neurological Institute in Phoenix, about the kind of surgery McCain had, and how long his recovery might take. He was not involved in McCain’s care. These excerpts have been edited for length and clarity.

Sen. McCain’s office describes the procedure as a minimally invasive craniotomy with an eyebrow incision. What does that mean?

So there are a lot of ways to get into the head, and some are more invasive and some are less. What that really means is that instead of making a large opening in the head and opening a large window through the skull, we make a small one right over the eye through the eyebrow and open a little window and really make a direct route to whatever we need to get to, assuming it’s right under that spot.

The blood clot was described as 5 centimeters, about 2 inches. Is that average, relatively large or small, and what danger would it have posed?

The real key is 5 centimeters in which direction? Something which is 5 centimeters around is really pretty big for the frontal lobe, whereas if it’s shaped like a pancake, it’s not very big. So if the blood is outside the brain, it may not be that impactful. If it’s inside, it may or may not be impactful.

When you use the world impactful in this case, what kind of impact are you alluding to?

The left frontal lobe in most people is considered the dominant one, meaning it’s responsible for a lot of high-level thinking…. If you’re a very high-functioning person like he is, a lot of things like judgment and speech can be in that area. Happily, it sounds like he’s out quickly and doing very well.

How long might it typically take a robust 80-year-old to recover and be back on the job?

Reasonably, we would send someone home in a day or two, which nowadays for this kind of minimally invasive neurosurgery is realistic. But I wouldn’t counsel anybody to go back to normal activity for at least weeks. And many people may take even four to six weeks to feel really up to snuff.

Last month, Sen. McCain seemed confused in his questioning of former FBI director James Comey. He later said, ‘I was up late watching the Diamondbacks baseball game.’ Is there any link between confused speech or thinking and a blood clot of this size?

I think in this case it would be speculation, because this might well have started after that, for all we know. But if you had something in that location, I suppose it’s possible. As I say, probably speculation at this point.