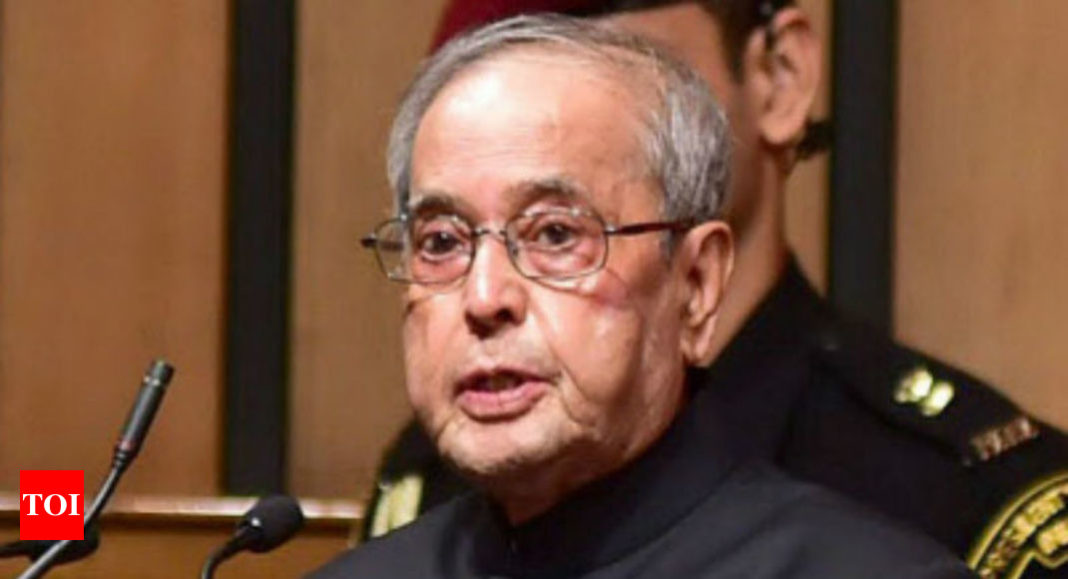 NEW DELHI: Concern is palpable in Congress over what former President Pranab Mukherjee’s speech at a June 7 convocation of RSS pracharaks is likely to cover, but the mood in the party is that comments be reserved till the event in Nagpur. Congress spokesman Tom Vadakkan stuck to the “no comment” line but made it clear that there was “a lot of difference between the ideology of Congress and that of RSS”.

Another party spokesman, Abhishek Singhvi, said, “Mukherjee left politics on assumption of the presidency. His speaking at any convocation is no indication of his beliefs. Judge him by what he says and what are his established beliefs in 50 years of his political life.” Some who know Mukherjee said he was likely to speak to the RSS gathering on the “real sense” of nationalism — a discourse that could turn out to be a critique of the “exclusivist” view associated with the Hindutva camp.

However, concerns were palpable. A Congress leader said Mukherjee’s very presence at the RSS camp could prove to be bad optics for Congress and the ‘secular’ camp. A ‘secular’ patriarch visiting the RSS headquarters would be the ultimate approval for the body that is still considered “untouchable” by Congress and whom Rahul Gandhi includes in every attack he launches on PM Modi.
Senior leader C K Jaffer Sharief shot off a letter to Mukherjee pleading that he call off his visit. Expressing “shock and dismay”, Sharief said, “I am unable to understand the compelling reasons.” But Congress veteran H R Bharadwaj backed Mukherjee’s visit. Importantly, Mukherjee, the man behind the drafting of all resolutions at AICC plenary sessions, penned those accusing RSS of being involved in terror activities (Burari session) and also those slamming the outfit for assaulting the foundational principles of the republic with “communalism”.
“If RSS has invited a person with such views, does this mean that RSS admits that his (Mukherjee’s) views about the organisation were correct,” former Congress MP from Delhi Sandeep Dikshit asked.
Reconciling the two realities are the views of some leaders who defended Mukherjee by arguing that critiquing RSS was a better way to carry out the ideological fight than aggression that sounded crudely political, especially post-2014. Amid clashing views on Mukherjee accepting the RSS invite, it is all boiling down to what the former President says and the tone he adopts.