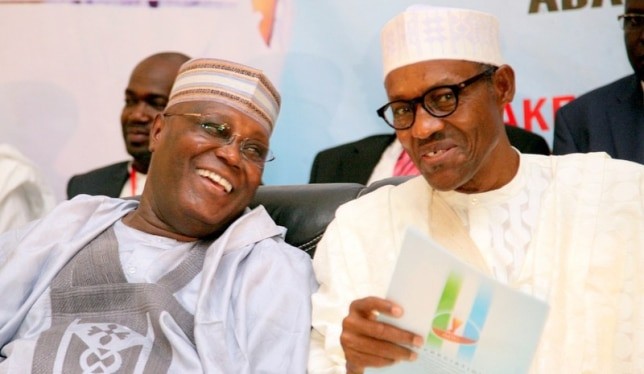 A better, younger alternative is the plan but no one is admitting that time has run out.

The conversations about Nigeria’s 2019 elections have revolved around the domination of the two main political parties and whether that younger, better alternative to the people’s dreams truly exists.

In May 2015, a youth-friendly whitewash campaign unseated an incumbent president for the first time in the history of Nigeria’s democracies.

Basically, the last 3 years have been a casting session, and a fair number of Nigerians now know President Buhari is not the Lord’s Chosen. There’s no white horse galloping from the distance, no sword flashing in the mountains. We’re doomed.

Buhari’s (mis)management of the country’s affairs has all but proven the fact that Nigeria’s political class is one corrupt, inept machine steam-rolling to the bottom of the barrel, so the question on everyone’s lips is whether there can be a viable third force by 2019.

One well-known activist and an ex-president have expressed the need for this alternative.

play Oby Ezekwesili has been a vocal commentator and civil rights leader since leaving the government’s employ. (Brand Campaign )

Obasanjo’s messianic complex may get in the way of things but his call for a coalition of similar interests was met with a lot of support.

Obviously, the youth have more at stake than anyone else, so it may be a punch in the gut when after February 2019, they don’t have the candidate of their dreams.

It will be because there isn’t enough time.

Because elections in Nigeria are won in the streets, the most important work is done at the lowest levels. At the grassroots, a group of local governments becomes a state under a stakeholder’s grasp. From here, power builds in blocs and ultimately, a party.

The chances that a new candidate, not of the political class, can build such a structure in one year are virtually non-existent.

The major factor here is time.

Speaking with Okey Bakassi, the host of Channels Television’s critically acclaimed show “ The Other News”, Jimi Agbaje, who ran for governor in Lagos in 2007 and 2011 explained why this is the factor to consider.

Brace up. This may take a while.

“If the grudge is that you feel that those in office today are not doing well, it means that going into the next elections, the vote will be (split between) those who want this same government, this same person, and those who do not…”

“Now if your reason is that you don’t want this person or this party in office, it means there are two camps. Now the other camp will now be divided because if you say A is not good, and B is not good and you form your own third one, it means that your third one and that B are going to share the vote”

Mr Agbaje was explaining why the emergence of an alternative will excite voters who oppose the government in power. Not many voters who have the incumbent’s administration as their first choice will be swayed.

A third force ends up weakening the charge to replace.

It is why, after Fela Durotoye announced his candidacy, many critiqued his chances as a vote for either Buhari or Atiku Abubakar, who is expected to run yet again.

Thinking along these lines leaves those who want a new man in Aso Rock with two choices, trusting the incumbent for another term or settling for the lesser of two evils… again.

It is a hard choice to make but it offers an opportunity to build from the ground up.

Popular Nigerian culture dictates that election day is another one of those “Good something” days when we aren’t under presure to celebrate anything.

play A week after a bitter letter, Buhari and Obaanjo share a laugh or two. (Presidency)

Getting eligible voters to cast their ballot will cast a big shadow over the outcome of the next elections, as will election rigging, racketeering, the cost of campaigns, cross carpeting and who emerges in Pot B.

Laying inroads into the system and increasing public participation in governance that merges accountability with civil obligations is the real victory to fight for in 2019.