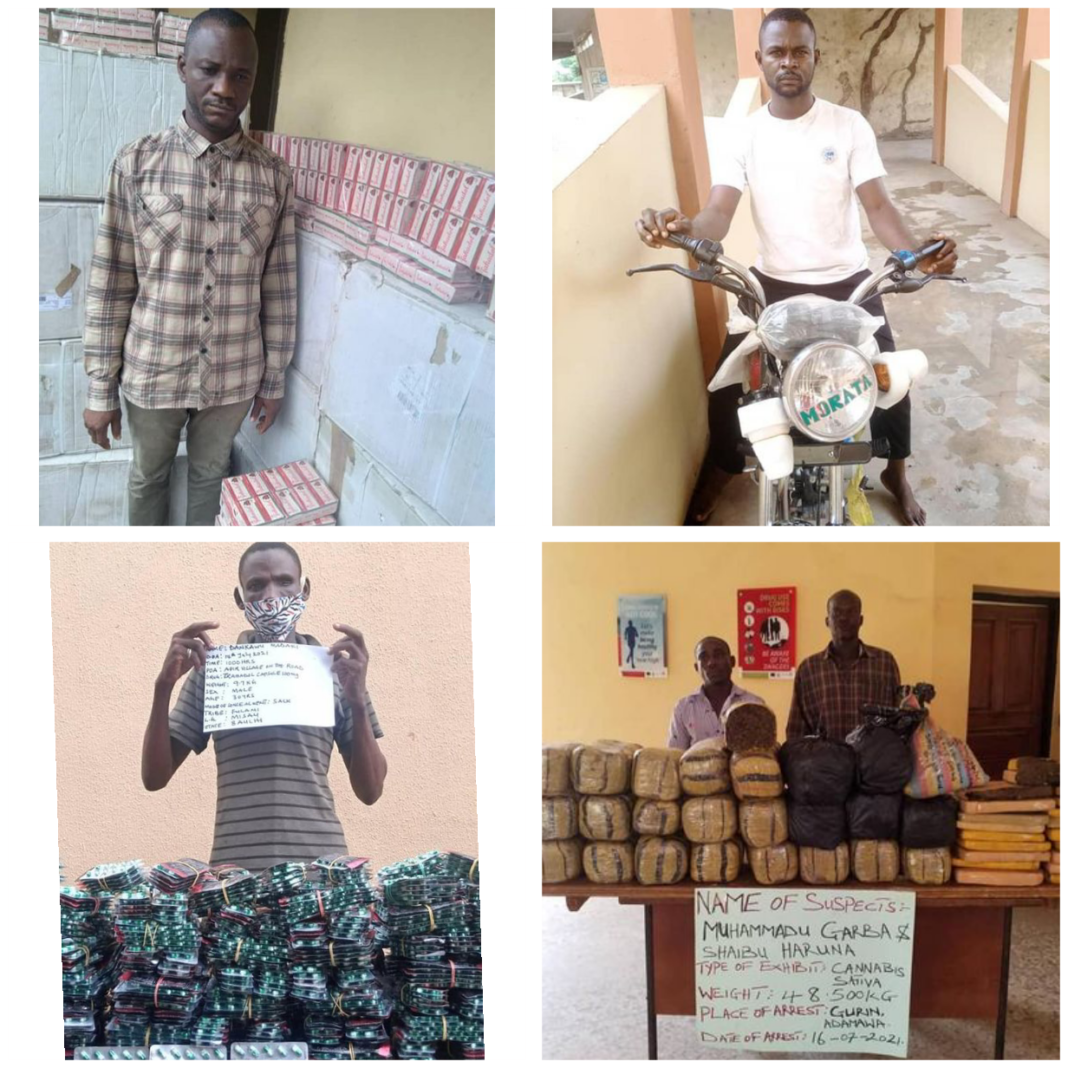 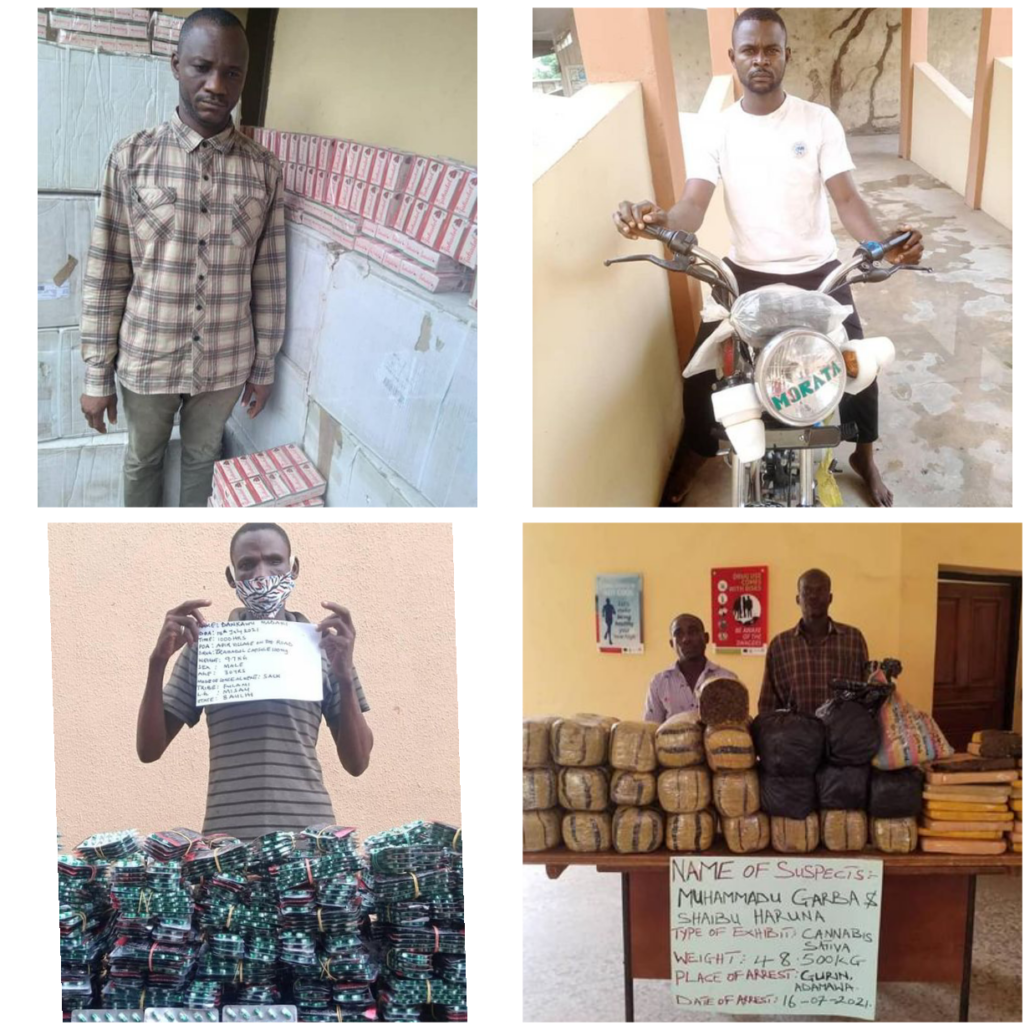 A major illicit drug kingpin in Anambra, Okeke Chijioke, 44, has been arrested by operatives of the National Drug Law Enforcement Agency, NDLEA, and 548,000 tablets of tramadol branded as tramadol recovered from his warehouse at 3 Atunya street, Maryland estate, Nkwelle, Oyi local government area of the state.

Director, Media & Advocacy of the agency, Femi Babafemi, who disclosed this in a statement on Sunday, July 18, said Okeke was arrested last Saturday, 10th July, following credible intelligence and surveillance, which confirmed he stocked his warehouse with the illicit drug.

“After the search of his warehouse, 548,000 tablets of tramadol weighing 302.500 kilograms were recovered. The suspect accepted ownership of the substance recovered,” the statement reads.

Preliminary investigation has established that tramadol is a brand of tramadol that has just been introduced into the market to evade attention. The substance has also tested positive for amphetamine.

The drug was equally labeled 100mg pain reliever on its packs to avoid scrutiny, while laboratory tests confirmed a 225mg drug. It was further discovered that the drug was manufactured in India and smuggled into Nigeria without NAFDAC number or certification.

During the search on the warehouse, a double-barrel pump gun with 3 live cartridges, which license expired in 2019, was also discovered and recovered. This is even as operatives of the Benue state command of the Agency on road patrol in Apr village on 14th July intercepted and seized 28,400 capsules of tramadol from one Dankawu Madaki, who hails from Misah LG, Bauchi state.

In a related development, a notorious interstate drug dealer, Godiya Linus, based in Taraba but supplies narcotics to dealers in Adamawa, has been arrested in the Numan area of the state. Godiya, an ex-convict, was in jail between 2012 and 2018 following his conviction on drug-related charges.

A drug dealer, Mohammed Ali, had earlier been arrested on 10th July with 1.150kg of diazepam in Numan. A follow-up operation led to the arrest of Godiya, who supplied Ali. At the same time, the investigation has since revealed that he’s based in Mayolope village in Lau local government area of Taraba, from where he supplies Jambutu park in Yola and other parts of Numan, using an unregistered boxer motorcycle for distribution.

Few days after Godiyas arrest, another dealer, Emmanuel Ishiwu, was nabbed with different quantities of tramadol, excel-5, and diazepam, totaling 6.103kg also in Numan on 14th July, followed by the arrest of Muhammadu Garba and Shaibu Haruna with 48.500kg of cannabis in Gurin area of the state on Friday, 16th July 2021.

Commending the officers and men of the Anambra, Benue, and Adamawa state Commands for sustaining the offensive action in the ongoing efforts to mop up illicit drugs from every community in all parts of Nigeria, Chairman of the NDLEA, Brig. Gen. Mohamed Buba Marwa (Retd) charged them to remain unrelenting in the discharge of their duties. 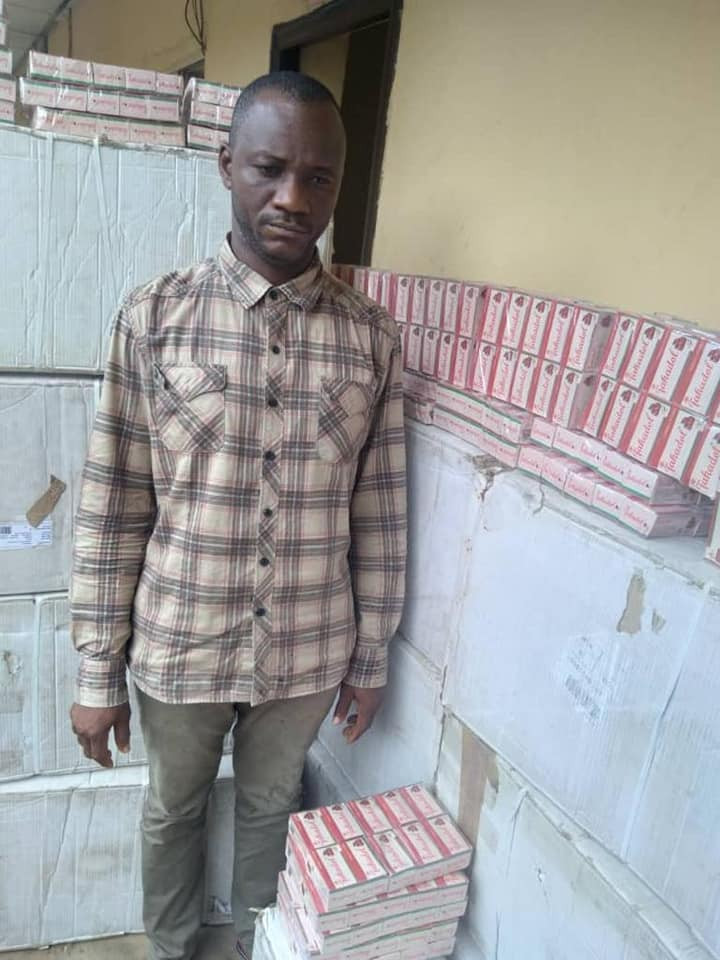 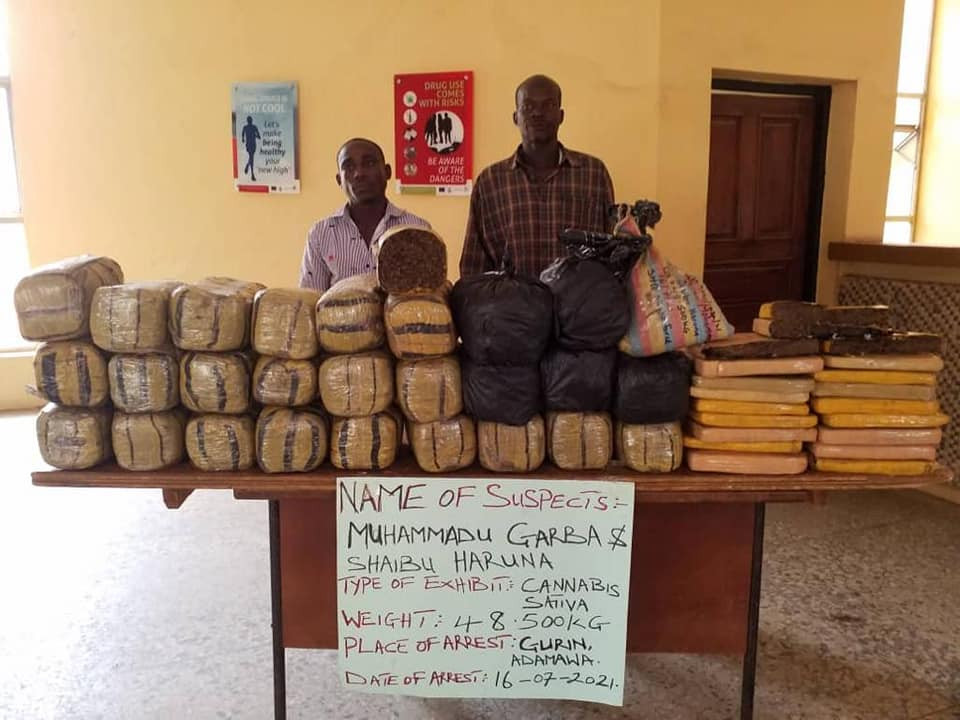 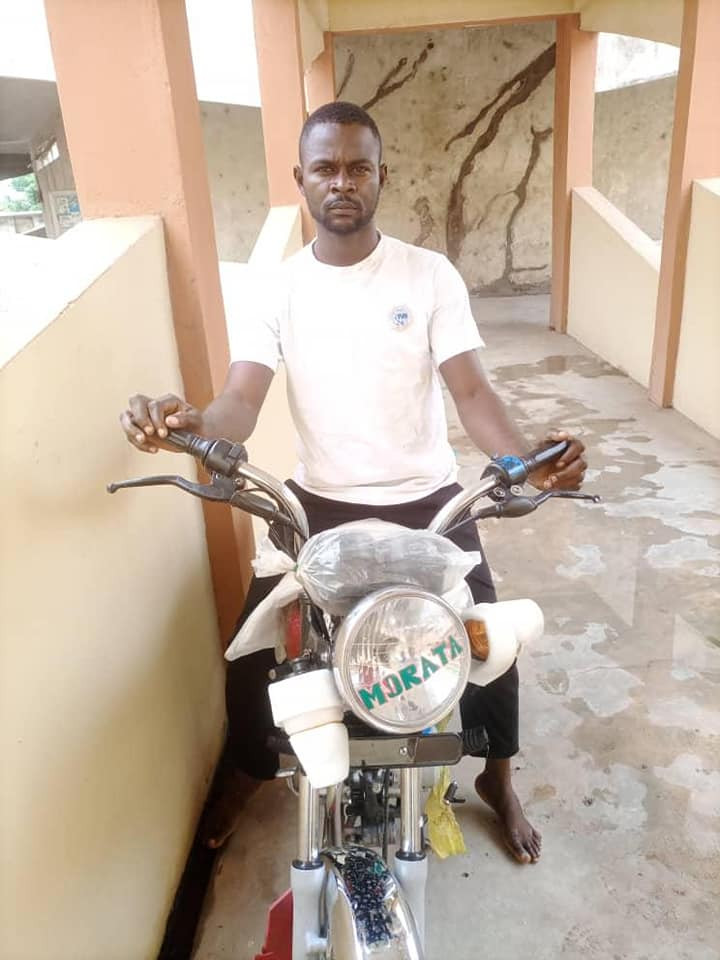 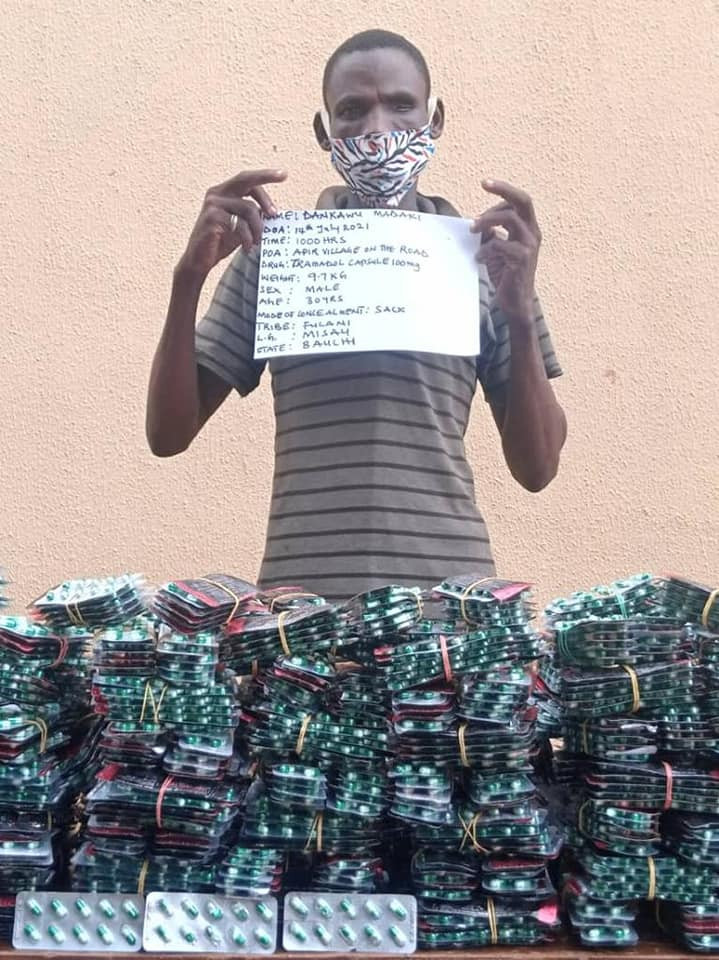