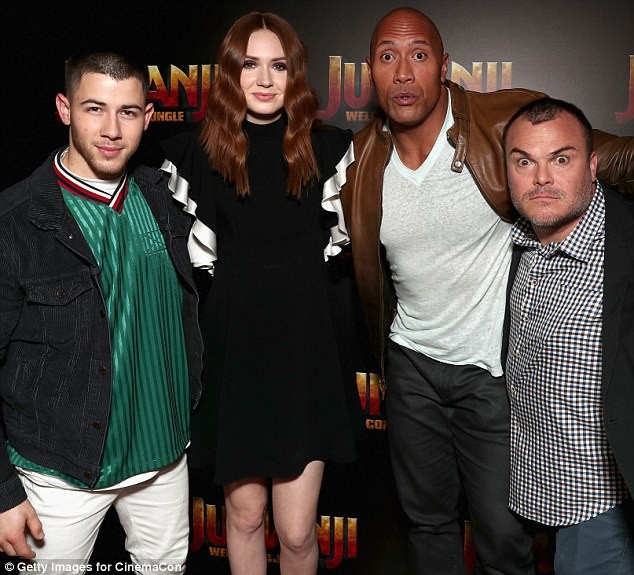 UPDATE: NBC has delayed Bye Bye Birdie until 2018. Originally set to air in December 2017, the network’s live musical event was postponed due to Jennifer Lopez‘s busy schedule, with her NBC shows, Shades of Blue and World of Dance, and her residency in Las Vegas.

Time to put on a happy face, because we already know what NBC’s live musical will be in 2017!

NBC president Bob Greenblatt just revealed that the network will be taking on Bye Bye Birdie in December of next year, with Jennifer Lopez set to both executive produce and star as Rosie Alvarez.

The role was originated by Chita Rivera in the show’s first run on Broadway, and has also been played by Janet Leigh and Vanessa Williams in the two film versions of the musical.

Bye Bye Birdie was inspired by Elvis Presley, and tells the tale of a pop star, his manager Albert, and Albert’s girlfriend Rosie as they plan a contest to find the girl who gets to kiss the pop star before he ships off to the army. Dick Van Dyke originated the role of Albert in both the first Broadway run and the 1963 movie.

“Broadway musicals and films fueled my childhood and Bye Bye Birdie was one of my favorites,” Lopez said in a statement. “I’m proud to be a part of the NBC family with Shades of Blue and I thought it would be a blast to take on one of their big live musicals.”

She will produce alongside her producing partners, Elaine Goldsmith-Thomas and Benny Medina, along with executive producers Craig Zadan and Neil Meron. The adaptation will be written by Harvey Fierstein, who also wrote the teleplay for and will be starring in the upcoming Hairspray Live.

In March, Nick Jonas revealed he’s been talking to Lopez about possibly joining  the production.