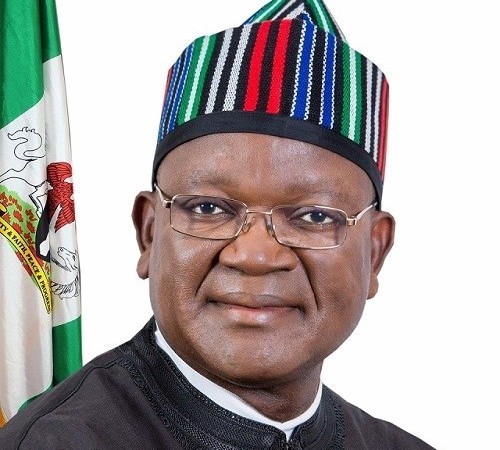 The Benue State Governor, Samuel Ortom, on Thursday replied those who have been criticising him over the pictures of some wheelbarrows bearing his name that went viral recently, saying displaced persons in his state need the items.

He however insisted that the wheelbarrows were not part of his government’s empowerment programmes as being alleged by his political opponents but were provided by the National Emergency Management Agency for the displaced persons.

Ortom made the clarification in an interview with State House correspondents at the Presidential Villa, Abuja.

He said reports claiming that he was empowering youths of the state with the wheelbarrows bearing his name were meant to blackmail him and reduce his rising profile in state because of the achievements he has recorded in two years.

The governor singled out a former President of the Senate, David Mark, who he accused of spreading falsehood against people who are supposed to be his subject.

Mark had in Port Harcourt, Rivers State, during the week carpeted Ortom for empowering youths in the state with wheelbarrows while his counterpart in Rivers State, Nyesom Wike, is embarking on laudable projects.

But the governor said it was unfortunate that an elder like Mark could be spreading lies against him.

He said, “Those wheelbarrows were brought to us by NEMA, to be distributed to displaced people who need them.

“They (the displaced persons) actually need those wheelbarrows and they were given to the state emergency relief body for onward distribution to the victims.

“And for whatever reasons, the agency wrote my name that I was distributing them. But as soon as that was drawn to my attention, I refuted it and I said this not my property.

“In empowerment, I have several programmes for the youth and these one are not meant for the youth. They were distributed to displaced people.

“So it was just meant to blackmail me because PDP members in Benue including David Mark are still dreaming that I am governor and I won election. I left them because of the injustice they did to me and I came to APC and found a platform. The people accepted me and I won.

“They are out to blackmail me and it will not work because there is no iota of truth.”