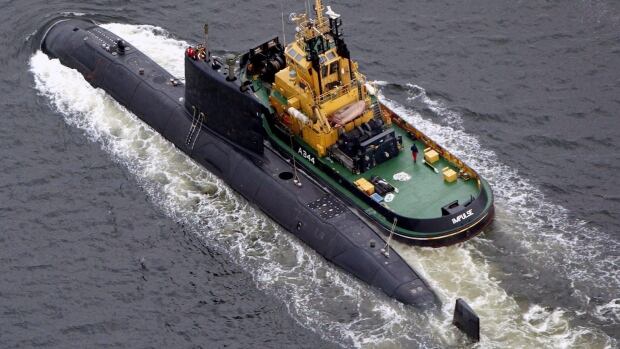 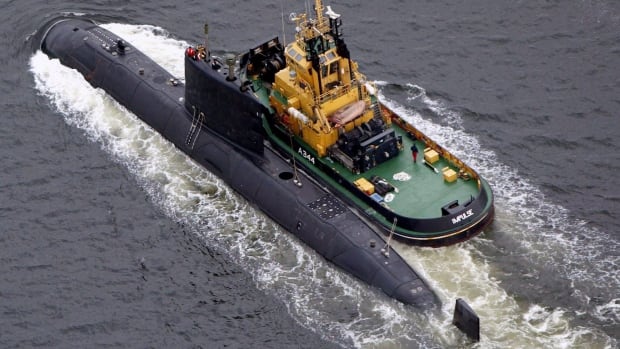 HMCS Chicoutimi makes its way into Faslane naval base in Scotland on Oct. 10, 2004, following a fatal fire onboard during an Atlantic crossing. (Frank Gunn/The Canadian Press)

The first part of a health surveillance survey on the possible long-term health effects to those who were on HMCS Chicoutimi when it caught fire 15 years ago will be released on Thursday.

The submarine flooded and caught fire during an Atlantic crossing in 2004. One sailor, Lt. Chris Saunders, died and several crewmen were injured. Nine crew members were said to have suffered smoke inhalation.

The submarine was purchased used from the British government in the early 1990s.

Last year, the submarine was deployed to Asia to re-establish naval relationships with Asian nations.

A briefing will be held at Canadian Forces Base Halifax starting at 2:30 p.m. AT. You can follow live updates from CBC reporters in the liveblog below:

Those slated to speak include: