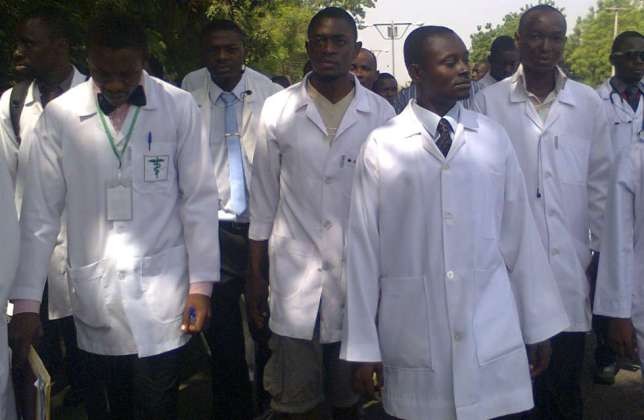 Mr Chimele Ogbonna, Vice President of JOHESU, made the disclosure on Thursday in Jos, when he led national officials of the body on a sensitization visit to Jos University Teaching Hospital (JUTH).

Health workers in Nigeria, under the aegis of Joint Health Sector Unions (JOHESU), and Assembly of Health Care Professionals (AHPA), would commence an indefinite strike on April 7, 2018.

Mr Chimele Ogbonna, Vice President of JOHESU, made the disclosure on Thursday in Jos, when he led national officials of the body on a sensitization visit to Jos University Teaching Hospital (JUTH).

Ogbonna said that the health workers had explored all avenues for an amicable settlement of the issues and were left with no other option.

“This strike is against our wish, but the Federal Government has failed to honour series of agreements with the workers from 2009 to 2017.

“We have given the Federal Government ultimatum of 30 working days that commenced on March 5 and will end on April 7.

“If the agreements with JOHESU in 2009, 2014 and 2017 are not honoured, we will embark on an indefinite nationwide strike.

“The strike will be total and affect all health institutions from federal, state and local governments,” he stated.

The vice president listed the issues that necessitated the pending industrial action to include failure to adjust  CONHESS scale, skipping of CONHESS 10, and non implementation of court judgements.

Others, according to him, included same scale promotions aberration, promotions arrears yet unpaid since 2012, skewed appointment of Chief Medical Directors (CMDs) and Chairmen, Medical Advisory Committee  (CMAC), and many others.

He said that JUTH was chosen for the sensitization in the north central because it was considered a very strong hospital in the region..

Ogbonna said that the workers were concerned about the effect of their action on the patients, but said that the federal government was to blame for the action.

Dr. Edmund Banwat, JUTH CMD, who received the union leaders, however, appealed to them to reconsider their decision.

“Labour issues are best resolved by continuous engagement and not confrontation.

“As you continue to sensitize members, do it with a human face because the health sector deals with life.

“Unionism in health sector is peculiar and must not be equated with other unions because life is involved.