7 reasons property buyers use LLCs, from legit to not 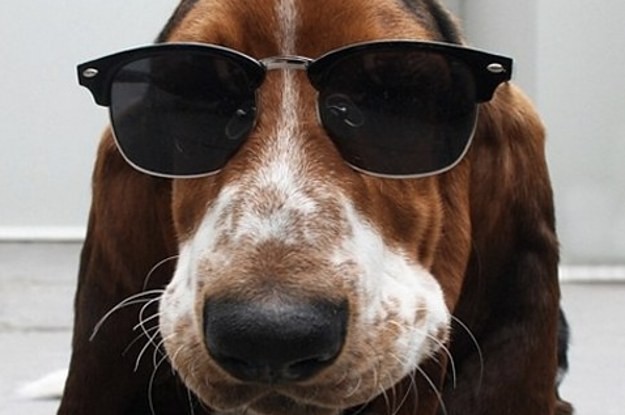 Ever since winning the Republican nomination, the majority of President Donald Trump’s companies’ real estate sales have gone to shell companies that conceal the buyers’ identities. USA TODAY

The use of a limited liability company in a real estate transaction doesn’t mean the deal is suspicious, or even all that unusual. But it means at least one party to the property deal took a step that helps shield their identity from public view, according to experts in corporate law, real estate transactions and financial fraud.

“To be blunt about it, you use one of these LLCs to make sure that nobody knows who made the transaction,” said Jack Blum, a Washington lawyer specializing in offshore tax evasion and financial crime, and former staff attorney on the Senate Antitrust Subcommittee.

As part of its investigation into who is buying real estate from President Trump’s companies across the country, USA TODAY found the share of his family’s properties being bought by LLCs jumped from about 4% in the two years before he secured the GOP nomination to about 70% in the year since.

Susan Pace Hamill, a law professor at the University of Alabama who studies the evolution of limited liability companies in the U.S., noted that property transactions in this country have historically been quasi-public in nature. Deeds and other records are public documents, providing a level of disclosure about the property’s history, value and ownership, for a variety of reasons in the public interest.

LLCs allow people to replaced their names with a corporate name, concealing their identities and other information about them.

“Certain information regarding real estate should be publicly available,” she said.

Investigating the origins of an LLC often requires research spanning multiple jurisdictions, and the level of information available to the public varies widely between states.

Here’s who is behind LLCs buying Trump real estate

“You can set up an anonymous company in all 50 states,” said Mark Hays, campaign leader for Global Witness, an international anti-corruption organization based in London and Washington “So we’re becoming sort of an onshore secrecy jurisdiction even as other countries are starting to take the lead.”

Here are a list of reasons — from legitimate to suspicious to the illicit — for buying real estate as an LLC.

1. A lawyer or financial adviser told us to do it

Many buyers who spoke to USA TODAY said they used LLCs on the advice of attorneys or accountants, and were not attempting to shield their identities. Rather, someone told them it was a good idea for legal liability or tax reasons, and they went along.

To some degree, those kinds of buyers were among the easier buyers to find among the LLCs that purchased from President Trump’s companies.

A celebrity or other public figure might be concerned about privacy or personal safety and use an LLC to hide an address of a property they own. So might law enforcement officers, foreign political dissidents or others worried about threats.

Although states vary in the level of transparency required by individuals forming the business entities, an LLC can be used in any state to conceal who owns and controls real estate or other assets. Individuals forming LLCs do not have to disclose, in most cases, shareholders or beneficial owners behind an entity.

In real estate deals that might lead to potential embarrassment or create the appearance of a conflict of interest if the names of individuals were disclosed, parties to the deal may choose to use an LLC.

“We and many others looking into this space have seen this type of stuff often — sometimes for legitimate reasons, and sometimes for illegitimate — where the purpose of the LLC is to obscure the identity of the owners, regardless of the reason why,” said Mark Hays of Global Witness.

There are legal protections to holding a property as an isolated company rather than in your name or your company’s name, some experts said. In the case of a person who invests in a property they plan to rent out – as is the case in many of the investors in Trump’s Vegas tower – lawsuits or other liability can shield an owner’s personal belongings from liability by limiting it to the value of the property.

The LLC can basically become what’s called a “pass-through” entity for profits, avoiding the possibility of proceeds being taxed once as company income and again as individual income of the partners.

One popular reason cited by experts – and world governments – for the use of shell companies in luxury real estate transactions is to hide money from being taxed in home countries. It’s one reason deals are drawing increased scrutiny from law enforcement in the U.S. and around the world.

“Not only does the country of origin get affected by tax dollars siphoned from their country, it also has an impact on the market where the real estate in purchased and many-times takes inventory and leaves it empty so normal people can’t get onto the property themselves,” said Maggie Murphy, the London-based global outreach and advocacy coordinator for Transparency International, which is headquartered in Berlin.

7. To shield or “launder” money gained from illicit activity

While LLCs have may of legitimate uses, they can also be used to hold illegal assets to avoid taxation, shield property from seizure or launder it through real estate transactions and make it appear legitimate.

“What is definitely clear is that if you want do something nefarious, then an anonymous company is the way to do it,” said Lowe, of Global Financial Integrity.

Countries around the globe are looking for ways to curb money-laundering via real estate by pushing for more public information about actual owners, said Murphy of Transparency International in Berlin. The United Kingdom will soon establish a public register of foreign investors purchasing property in the country.

An Obama-era rule by the Treasury Department’s Financial Crimes Enforcement Network, or FinCEN, required title companies to identify true purchasers in certain high-value transactions in New York City and parts of Florida, Texas and California. Since January 2016 through this March, FinCEN records show 30% of cash real estate transactions subject to the rule have involved people or institutions previously subject to suspicious activity reports.

In addition to artificially inflating the local market, the money can be the fruit of organized crime, from activities like drug trafficking or human smuggling. The bad actors target splashy cities around the globe like Miami, Las Vegas and New York because of the glamour, he said.

“Whether you are a fourth generation Rockefeller or first generation drug trafficker you find that lifestyle attractive,” Tobon said. “It’s similar to a multinational law firm, you want certain cities on your letterhead. If you’re a criminal organization you want Miami on your letterhead to say you have arrived, and you can make inroads to the Caribbean and Latin American.”