Wowplus
Home Gossips Naira Marley Did It And He Was Called A Bad Influence” –... 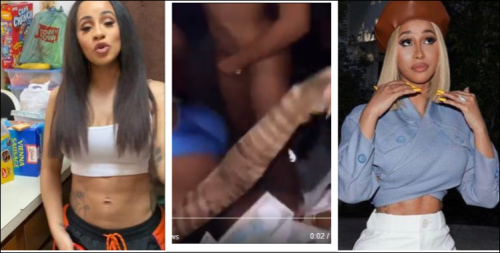 Many Nigerians have takes to social media to react after American rapper,

Cardi shared video of herself in a Lagos night club with Nigerian ladies dancing totally n3ked.

Nigerian singer Naira Marley after he shared such video some months ago are the people not praising Cardi B.

Someone said Naira Marley’s video with strippers was to objectify them….

Naira Marley posted a video of a stripper in a club – “Bad influence.”

Cardi B posted a video of a stripper in a club – “Yay! The queen is living her best life.”

Take the bitter truth, the love and loyalty black shows a white man is greater than the one they show themselves.

Cardi B came to Nigeria for proper clubbing ??? pic.twitter.com/uQKbXpebi4

Cardi B twerking on some chick #CardiB pic.twitter.com/mjkxO27BiO