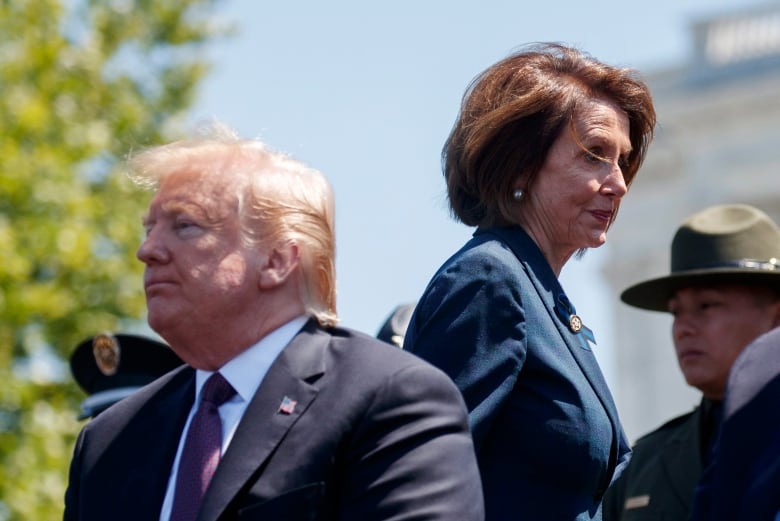 Strategic legislative drafting may allow the Trudeau government to pass an implementation bill for the revised North American trade agreement next month — while still leaving Canada the flexibility to respond if the U.S. Congress changes the deal.

Prime Minister Justin Trudeau gave the government’s notice on Monday and the House of Commons passed a ways and means motion Tuesday, allowing the NAFTA legislation to be introduced Wednesday.

That’s one day before Vice-President Mike Pence arrives in Ottawa for talks on several fronts, including the new NAFTA’s ratification.

“We’re going to be aligning ourselves very much with the pace of the American administration,” Trudeau told reporters on his way into cabinet Tuesday.

Before Canada’s cabinet can ratify this trade treaty, Parliament has to pass legislation to change laws and regulations to comply. But MPs are running out of runway before the parliamentary session ends and they launch into election mode.

Meanwhile, debate continues in Washington over whether the already-signed text of the three-country deal is really final. That sets up a potential problem for Justin Trudeau’s government: what would happen if Ottawa changed a law to comply with the new trade deal now, only to discover a few weeks or months later that Congress wants something else?

Last week, the White House began negotiations with Congressional Democrats to persuade the majority party in the U.S. House of Representatives to let the trade agreement proceed to a ratification vote.

One of the Democrats’ top concerns is how the deal extends the data protection period for biologic drugs to ten years, something that’s likely to increase drug costs in all three countries. (More protection adds to the wait before a cheaper generic alternative is available.)

If Democrats get their way, this part of the deal could be scrapped.

When other trade agreements changed intellectual property protections for pharmaceuticals, Canada made the changes through implementation legislation. The Liberals are taking a different approach this time.

According to the proposed text for the motion posted by the government late Monday, Parliament would grant the federal cabinet the power to make any changes it “considers necessary for the purpose of implementing, in relation to drugs, Articles 20.48 to 20.50 of the Canada–United States–Mexico Agreement.”

Those articles include the biologic drug changes Democrats are finding so hard to swallow.

If this bill passes, it would take some pressure off Canada’s parliamentary calendar: cabinet could change Canada’s drug protections in the months ahead, matching Washington’s moves.

“It is not surprising that the government would preserve flexibility in the [NAFTA] implementation bill to accommodate the remaining uncertainty in the U.S. approval process, while helping to move the ball down the field,” said trade lawyer Mark Warner. “It’s the smart way to go at this stage.”

Canada’s official position is that it doesn’t want to re-open the agreement. 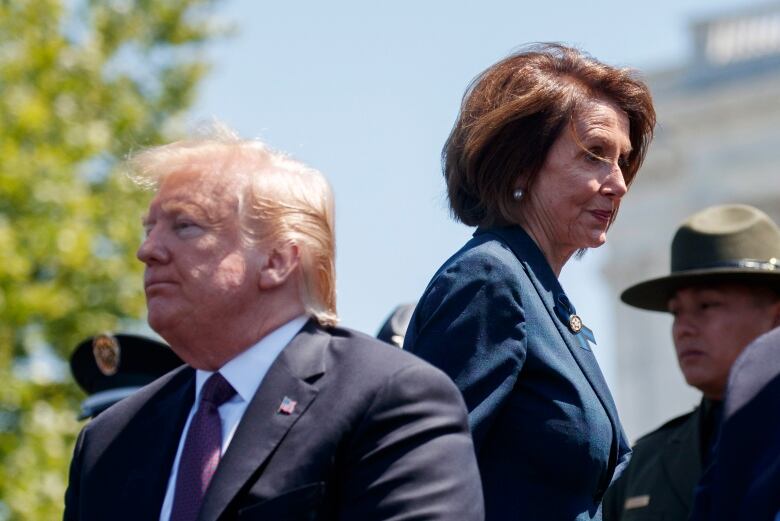 U.S. President Donald Trump and Speaker of the House Nancy Pelosi, seen here during a peace officers’ memorial service in Washington May 15, are at odds over whether the revised NAFTA agreement must change before it comes to a ratification vote in Congress. (Evan Vucci/Associated Press)

But if Canadians could avoid higher drug costs by agreeing to what Congress wants, it might be poor politics for the Trudeau government to continue to say no.

“I’ve met with many Democrats. We will see how things evolve,” Canada’s Ambassador to the U.S. David MacNaughton told reporters after meeting with cabinet Tuesday. “There is still a reasonable chance that the U.S. Congress will pass this deal before the summer recess at the end of July.

“We want to be in a position where we can move in tandem.”

“We respect that, at this point, ratification is a domestic question,” Foreign Affairs Minister Chrystia Freeland said today, standing alongside MacNaughton.

“I don’t think Canadians would appreciate it if someone from outside came to Canada to opine on our domestic ratification process. We’re not going to do that when it comes to the U.S.”

“I think that the ratification is being used as a political tool by Trump,” the NDP trade critic said, suggesting Canada agreed to help rush the process to get steel tariffs lifted. “Trump is trying to pressure (U.S. House Speaker) Nancy Pelosi to get this on the floor.”

Ramsey said if Canada really has a progressive trade agenda, it should support what the Democrats are fighting for in their negotiations with United States Trade Representative Robert Lighthizer. Instead, she said, Canada’s quick ratification could thwart their efforts.

Even though the Trudeau government’s approach keeps Canada’s options open on drug costs, Ramsey said she’s concerned about taking more power away from Parliament and giving it to cabinet.

“Even if they try to create these loopholes, I still don’t understand why we would sign this agreement,” she said, suggesting the implementing legislation is unlikely to have the NDP’s support.

Conservative trade critic Erin O’Toole said the government’s approach to the implementing legislation is further proof that Canada is “accepting the deal as the U.S. presents it on any given day.”

“We don’t want to lock ourselves into a worse outcome,” he said, noting how “massively” expensive biologic drugs could be, especially for provincial budgets. “It’s probably prudent, but also recognizes that much of this has been take-it-or-leave-it.”

Conservatives like O’Toole helped with the lobbying effort in favour of the deal in Washington. The party also has offered to work constructively to help pass NAFTA’s implementing legislation, including in the Senate.

But O’Toole said there’s been no outreach from Freeland’s office to talk about how to accomplish this in the four weeks that remain in the parliamentary calendar.

“This is the window, and we are, as the Opposition, prepared to help with swift passage,” he said.

Liberal House Leader Bardish Chagger said Tuesday that while this legislation will be debated in the coming weeks, Canada has to be prepared to move “in lockstep with the other countries.”

She admitted the precise timeline for concluding Canada’s ratification is unclear. “It’s going to be part of the excitement,” she told reporters.