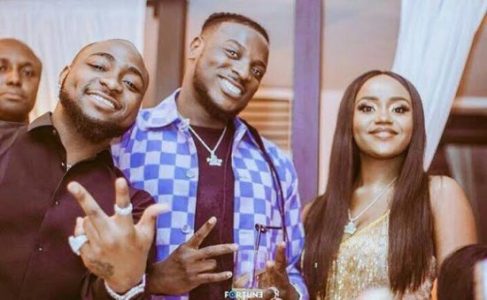 Dmw boss, Davido who turned 27 years old today as been accused by his wife, Chioma and artiste, Peruzzi of lying about his age.

In an Instagram post on Peruzzi’s page, he wished the father of three happy birthday and stated that only God knows his real age.

Under the comment session, Chioma, who is Davido’s fiancée jokingly said He has been 27 for three years and might claim to be 26 by next year. 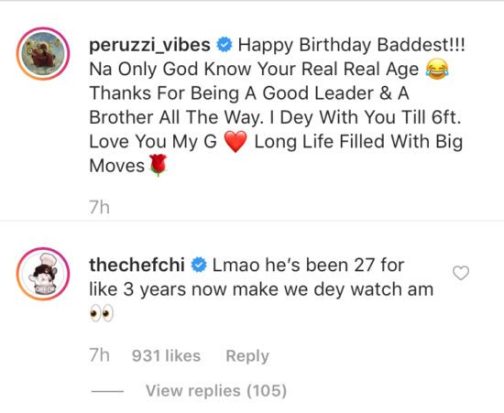