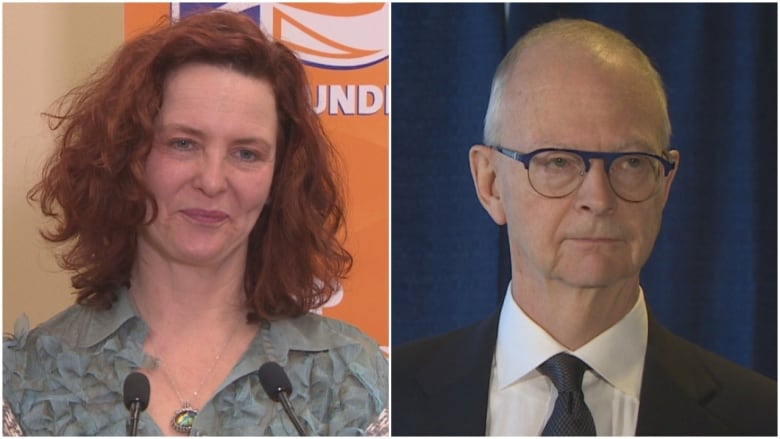 The Newfoundland and Labrador government is refusing to disclose COVID-19 modelling that Liberal Leader Andrew Furey said helped justify his decision to call an election amid a pandemic.

On Feb. 9, as new cases of COVID-19 began to soar in the St. John’s area — an outbreak that led three days later to the last-minute cancellation of in-person voting in all 40 districts — Furey said “probabilistic modelling” led to his decision to call an election before most voters would be vaccinated.

“You look at the evidence available to you and you try to look for it as best you can,” Furey said during the COVID-19 briefing that day. “The numbers were low. The probabilistic modelling looked like we may have a spike more towards the end of March. And so we thought the time was now.”

In January, Furey was confident as he called an election for Feb. 13. However, the election campaign — now in its ninth week — is still unresolved, and mail-in ballots must now be received by March 25. Elections NL has not yet indicated when the vote count will be completed and the results made public.

CBC Radio-Canada requested a copy of that modelling through access-to-information legislation. Last Wednesday, that request was denied by the Department of Health and Community Services because the data is considered cabinet records.

Furey was not available for an interview. But in a statement, he said: “As I have said repeatedly, the election was called January 15 after consistently low prevalence of COVID-19 in Newfoundland and Labrador, outbreaks in three communities quickly contained, and getting through the holiday season without an outbreak.

“No one could have predicted the outbreak that occurred.”

CBC News is not alone in requesting the modelling. The leaders of both opposition parties said they also requested access to Furey’s forecasting data during a mid-February meeting of the all-party committee on COVID-19.

In an interview Thursday, NDP Leader Alison Coffin said Furey was asked several questions about the health data behind the election call.

“I said very specifically, ‘Where did these models come from and can I see them?'” Coffin said. She said Furey told her the models did not come from Dr. Janice Fitzgerald, the province’s chief medical officer of health. Progressive Conservative Leader Ches Crosbie, who also participated in the meeting, confirmed he was told the same thing.

“I never did get to see what that modelling was,” Coffin said.

“To keep it secret and then use it to determine when the election was going to happen, that’s very problematic and raises a lot of concerns.”

In an email, Liberal Party spokesperson Meghan McCabe said that during his Feb. 9 press conference, Furey “referred to probabilistic modelling which came from data from different jurisdictions.”

Crosbie said Thursday he doubts the modelling exists at all. But the response from the Department of Health and Community Services to CBC Radio-Canada’s access-to-information request indicates “access to these records has been refused,” suggesting some documents are, indeed, being withheld.

“I don’t think the documents exist but if they did exist, [Furey] should waive any claim of cabinet confidentiality,” Crosbie said. “If he wants to convince the public that he had sound grounds and reasons based in public safety to call the election when he did, then he should show to the public that he had that.”

Crosbie also questioned the decision to withhold modelling information by the Department of Health and Community Services. In a letter, the department said documents were withheld on the grounds the data are “cabinet records,” meaning “advice, recommendations or policy considerations submitted or prepared for submission to the cabinet.”

“It’s a BS excuse because Mr. Furey has said that an election call is his, and his alone, to make,” Crosbie said. “A cabinet does not make that call, so these can’t be cabinet documents.”

McCabe, the Liberal spokesperson, noted that experts such as Dr. Proton Rahman, the specialist who created COVID-19 modelling for the provincial government last year, have said no one could have predicted that an outbreak of a new variant of the coronavirus would occur days before voting day.