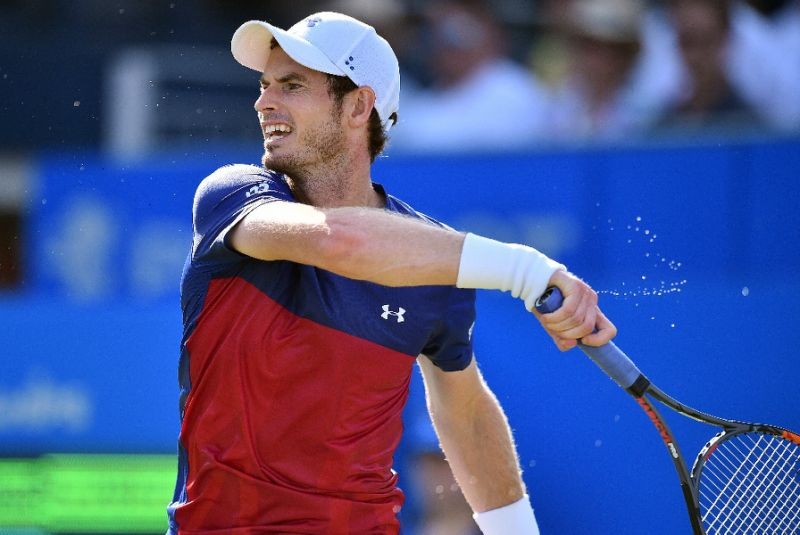 Andy Murray suffered one of the most embarrassing defeats of his career, as the world No 1 slumped to a stunning Queen’s Club first-round exit to Australia’s Jordan Thompson on Tuesday.

Murray was hoping to warm up for his Wimbledon title defence by winning the Queen’s title for a sixth time, but instead he succumbed to an astonishing 7-6 (7/4), 6-2 defeat against the world number 90.

The 30-year-old’s loss was all the more remarkable because Thompson was only called up to face Murray at the last minute.

Murray was scheduled to face Aljaz Bedene, but he withdrew with a wrist injury just hours before Tuesday’s match, leaving Thompson, who was at the west London venue as an alternate after losing in the qualifying rounds, to scramble to get ready for his unexpected date with destiny.

With the Queen’s champion well below his best, 23-year-old Thompson seized his opportunity in memorable fashion and handed Murray his earliest exit from the tournament since 2012.

After reaching the French Open semifinals to raise hopes that he was finally back on track following a poor first half of the season, Murray will head to Wimbledon, which starts on July 3, with fresh doubts about the state of his game.

Murray’s downfall left Queen’s without the top three seeds as world No 3 Stanislas Wawrinka and world No 6 Milos Raonic also crashed out earlier in the day.

Raonic finished as Queen’s and Wimbledon runner-up last year, but the Canadian’s hopes of another strong showing on grass were wrecked by Australian wildcard Thanasi Kokkinakis’s 7-6 (7/5), 7-6 (10/8) triumph.

Wawrinka was beaten 7-6 (7/4) 7-5 by Spain’s Feliciano Lopez in the Swiss star’s first match since being thrashed by Rafael Nadal in the French Open final.

So far this year, Murray has been mired in a major slump by his sky-high standards after battling shingles, an elbow injury and the flu.

Even so, no one saw this meltdown coming.

Thompson has never won a Tour title, while Murray has 45, including three Grand Slams, to his credit.

But, while Thompson might not have Murray’s glittering trophy cabinet, the 23-year-old was already up to speed on grass after reaching the final of the Surbiton Challenger last week.

And in his first match since losing to Wawrinka on the Paris clay, Murray looked all at sea.

Thompson was showing impressive serve and volley prowess and, with Murray lacking focus and fluency, the Australian took advantage to steal the first set tie-break.

When Murray squandered three break points at the start of the second set, Thompson’s confidence rose even further.

He out-witted the Wimbledon champion in a long rally to break in the fifth game, then landed the knockout blow with another break before finishing off the bewildered Murray.

Kokkinakis, 21, needed a wild card from the tournament organisers to make the Queen’s main draw after his ranking plunged to 698 following a host of injuries.

“You don’t want to know about the extensive list of injures I’ve had. That was 22 months out of the game,” Kokkinakis said.

“I can’t wait to play in the next round.”

Raonic added: “I was just a little too passive. I was letting him dictate too much. Obviously the disappointment is high right now.

Back on court for the first time since his straight-sets defeat against Nadal in Paris, Wawrinka was hoping to erase that painful memory with a rare good run at Queen’s.

But, out-smarted by Lopez, the three-time Grand Slam champion, said: “I’m really sad to have lost. I would have liked more matches here.

“There’s still a lot of work to do physically and on my game, to be in a better place on grass.”