Murray, Nadal through, heartbreak for Kvitova 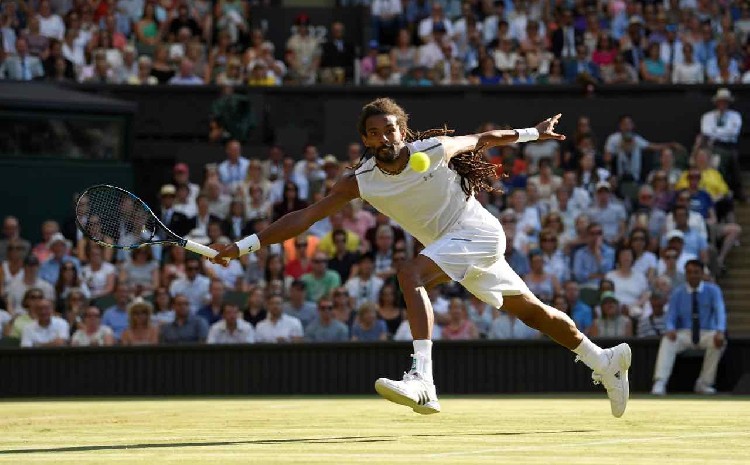 Andy Murray, Rafael Nadal and Venus Williams breezed into the third round at Wimbledon on Wednesday, while fellow former champion Petra Kvitova tumbled out.

Williams, Kei Nishikori and Johanna Konta had to grind their way into the last 32, while new mum Victoria Azarenka continued her comeback bid for Grand Slam glory.

Dustin Brown, the dreadlocked German with Jamaican roots, knocked out Nadal in the second round two years ago at the All England Club.

However, world No 1 Murray was not caught out by his extrovert drop shots, racing to a ruthless 6-3, 6-2, 6-2 victory on Centre Court.

“Once I got the break in the first set, I felt the momentum was with me. I started to see the shots he was going to play a little but quicker and that allowed me to get to some of the drop volleys,” the British star said.

Next up for Murray is a clash with colourful Italian 28th seed Fabio Fognini.

“I’m happy now, it’s great to be back in the third round without losing a set,” Nadal said.

“I take it easy now, just trying to enjoy every moment. I’m having a great season.”

Kvitova, playing in her second Grand Slam since recovering from a terrifying knife attack in her home, needed medical assistance during the third set.

“I just could not breathe, and I was feeling a bit sick,” the Czech 11th seed said.

“I felt like an animal. But a very slow animal.”

Williams is trying to concentrate on tennis against the backdrop of impending legal action back home over a fatal car crash.

“The past is something that you can’t change, if it was good or bad. I like to live in the future. I don’t want to think about the past, per se. It’s done,” she said.

She hopes to become become the first mother to win the Wimbledon singles since Evonne Goolagong Cawley in 1980.

“It’s really fun that I’m able to go home and spend time with my son,” the Belarusian said.

British sixth seed Konta reached the Wimbledon third round for the first time with a marathon 7-6 (8/6), 4-6, 10-8 win over Donna Vekic which left her opponent in tears.

With Konta, Watson, Murray and Aljaz Bedene’s wins, four British players have reached the Wimbledon third round for the first time since 1997.

But Murray said: “I’d rather set the goal at reaching second weeks and quarterfinals and contending for Slams.”

Fans shielded their faces from the sun with towels, programmes and napkins as temperatures reached 29 degrees Celsius (84 degrees Fahrenheit), while several players bothered by an invasion of flying ants.

“I almost wanted to stop because they were hitting you in the face when you were trying to hit balls,” said Sam Querrey.

The American and his fellow seeds Marin Cilic, Jo-Wilfried Tsonga, Gilles Muller, Steve Johnson made it through.

Russia’s temperamental Daniil Medvedev, who had knocked out world No 3 Stanislas Wawrinka, crashed out to Belgian qualifier Ruben Bemelmans.

Medvedev threw coins at the umpire’s chair before apologising for the bizarre gesture which he insisted was not meant to imply the official was corrupt.

In the women’s draw, second seed Simona Halep went through in straight sets, while fellow seeds Elina Svitolina (4th) and Dominika Cibulkova (8th) also made it.

French Open champion Jelena Ostapenko joined them in the third round with a late evening three-set win over Canadian qualifier Francoise Abanda.