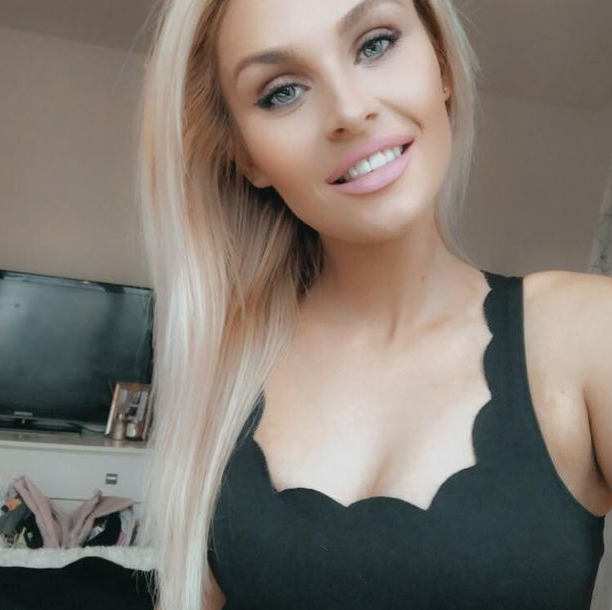 A mum-of-two was left shocked after receiving a note from a neighbor asking her to shut her blinds because they can see her moving about naked in her house.

Alexandria Taylor, 26, said she was “livid” as she found the written message wrapped in plastic and pinned to her windscreen.

The note read: “It would be much appreciated if you could at least shut your blinds when walking NAKED around your house.

“My kids do not and would not like to see you are a** out on the show. Much appreciated, your neighbors.” 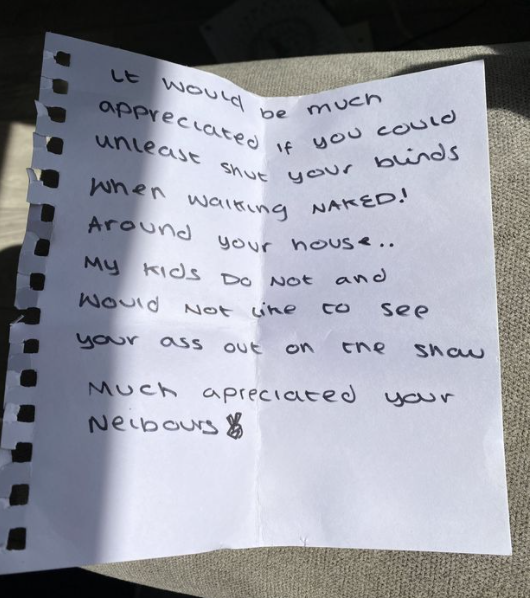 However, the mum-of-two claimed someone was peeping into her living room as she was in her nightwear, turning the lights off, ready for bed.

Alexandria, who lives in Chelmsford, Essex, England, said she was initially annoyed by the neighbor’s note.

She later posted a picture of the note on Facebook, asking, “am I in the wrong here?”

One person told her: “It’s YOUR house, not theirs. I would reiterate that this is your private home, not their peeping area.

“If they have a problem with what you do in your own home, then they can close their eyes and not violate your right to privacy.”

Another person left a comment suggesting she tells the neighbor and her kids to stop peeping.

The Facebook user wrote: “Send a note back saying ‘Thank you for the note, seeing as we’re suggesting things may I suggest you and your nosy daughter too stop looking.”