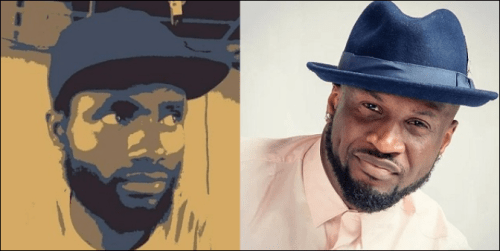 The twitter user with the handle @Mrodanz criticized Peter Okoye in response to the singer’s comment earlier today when he called a fan broke.

Recall Peter had tweeted about having peace of mind ever since he became a solo artist and when a fan suggested that he (Peter) was not minding his business and was in an obvious battle for supremacy with his brother (Paul), Peter replied the fan calling him broke.

Peter Okoye Reacts After A Troll Says He Has Been Making Bad Music Since He Split With Brother, Paul Okoye

Mr Odanz, however, frowned at Peter’s reply and he tweeted thus ;

When a Nigerian celebrity has no meaningful response to give after saying something stupid, they proceed to call you broke.

And they forget that they became rich because broke fans buy their music, buy tickets for their shows. 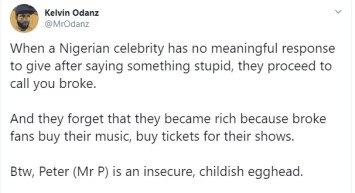