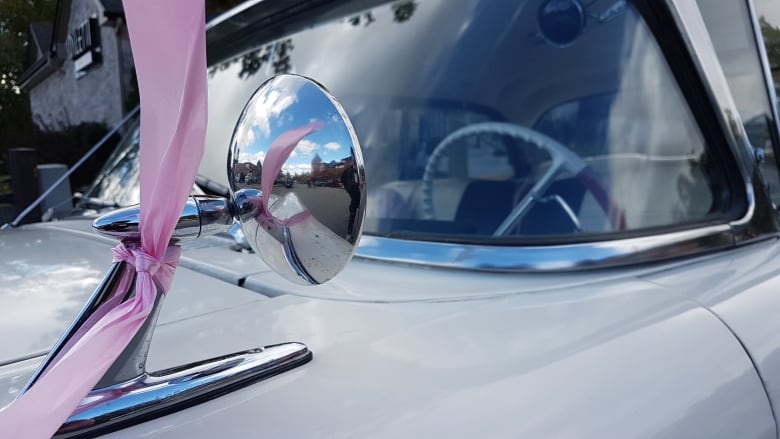 Family and friends are gathering to mourn Devan Bracci-Selvey at the 14-year-old’s funeral in Hamilton on Saturday.

The teen was stabbed to death outside his school — and in front of his mother — on Monday afternoon.

An obituary for Devan describes him as having a passion for old cars and video games, and “a loving heart for animals.”

The funeral is to be held at Stoney Creek United Church at 1 p.m. and it is open to the public, though cameras are not allowed. The family has asked those attending the funeral to wear pink to symbolize anti-bullying.

A procession of 60 classic cars with pink anti-bullying ribbons will drive through Hamilton in Bracci-Selvey’s honour. The teen had a love for old cars.

Shari-Ann Bracci-Selvey says her son was the target of bullying since the second day of the school year, when tormentors allegedly stole his bike.

Two teens have been charged with first-degree murder in her son’s death, a 14-year-old youth and an 18-year-old man.