More winners emerge from the Malta Guinness “Go Get It!” promo 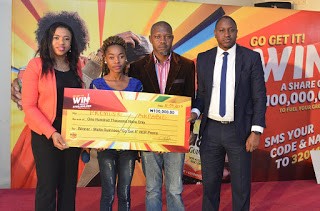 On Tuesday the 5th of September, 2017, in continuation of the “Go Get It” National Consumer Promo, Malta Guinness ran it’s fourth weekly draw and selected another one million naira winner and three more one hundred thousand naira winners.

At the launch of the promo on August 8, Malta Guinness promised to reward its consumers with a share of N100, 000, 000 in the promo billed to last till the 6th of November, 2017. With every purchase of Malta Guinness variants (Classic and Herbs Lite), consumers stand a chance to win amazing daily and weekly cash and airtime prizes.

So far, four millionaires and twelve winners of one hundred thousand naira (N100,000) each have emerged. Also over 200 Winners of N5, 000 cash prizes have also emerged from the daily cash prizes and Millions of airtime also given away since the kick off of the promo.

At this week’s draw, Uwahimhinre Justice who came all the way from Benin City with his uncle, expressed his joy at being rewarded with N1,000,000. “I couldn’t believe my luck. I never expected that just sending the code could make me a Millionaire. I’m so happy, I can’t even express my joy and gratitude enough.”

Other winners of the one hundred thousand naira prize who were present at the weekly draws include Promise Akpabio, Babatunde Olaleye and Samson Ojulogun.  Ms. Akpbabio, a hair stylist in Lagos, said “I missed the call when I was called the first time. I kept trying to call back. Luckily they called me back again and I shouted. That was the only way I could express how I felt in that instance.”

“The Malta Guinness National Consumer promotion is borne out of our desire to continue to fuel the can do spirit of our loyal consumers and to encourage them to “Go Get It” and fulfil their dreams.

We are very happy to have held the fourth weekly draws and are already fueling the dreams of our consumers. “The winnings are a testament of our commitment and loyalty to our consumers and very importantly, it shows that the promo is genuine and winners will continue to emerge each day in the course of the promotion”. We have partnered with Interswitch group as the official platform providers for the Malta Guinness “Go Get It” Promo to provide daily cardless withdrawals using paycode as well as the Preloaded Verve cards presented to the Winners to ensure seamless withdrawals of the cash prizes from any Automated Teller Machine (ATM) nationwide.

Also speaking at the draw, Paul Ohakim Group Head, Industry & Retail Chain, Interswitch Limited said “We at Interswitch are very happy to be the official platform providers for this “Go Get It” Promo. We are glad to provide technical support to  Malta Guinness in fueling the dreams of its consumers by rewarding them.”

To participate in the promo, Consumers only needs to buy a bottle or can of their favourite Malta Guinness Classic or Malta Guinness Herbs Lite, open the crown cork or can ring pull to reveal a code; SMS the code with your name to 32011 e.g: SMS T8R7KYU7 MARY to 32011. 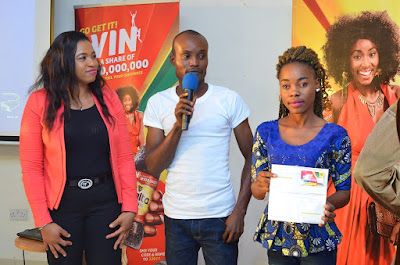 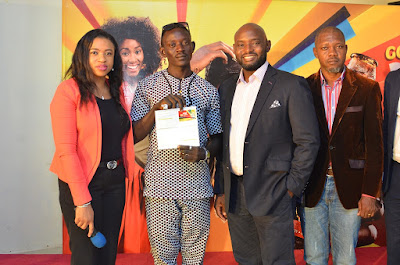 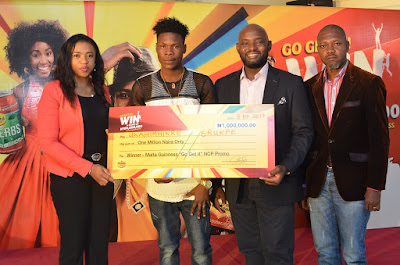 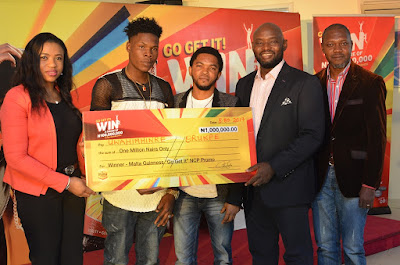 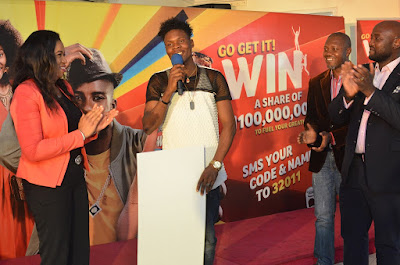 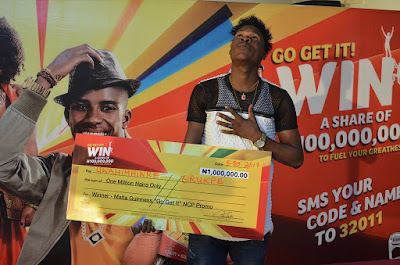 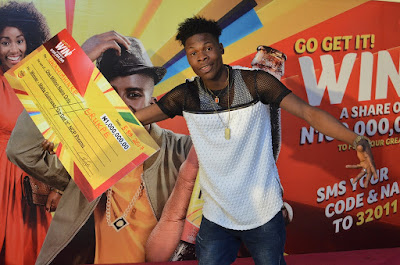 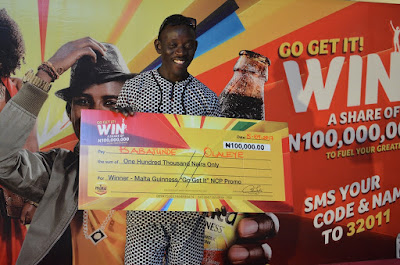 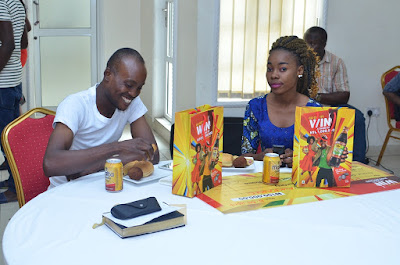 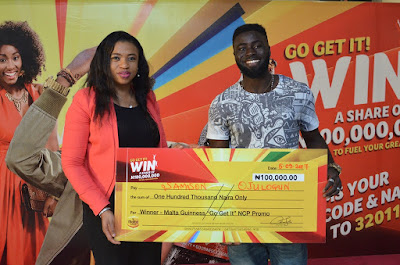 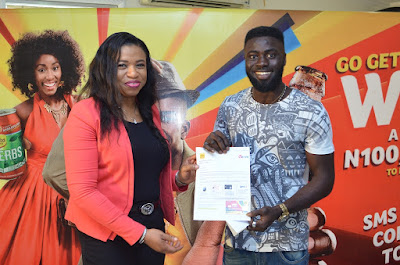 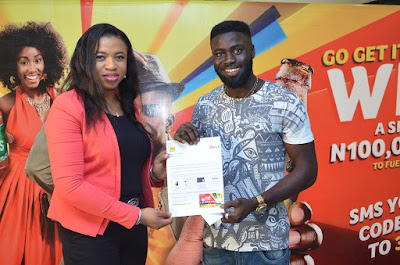 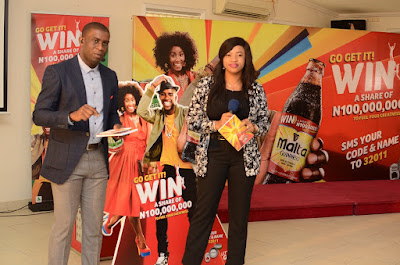 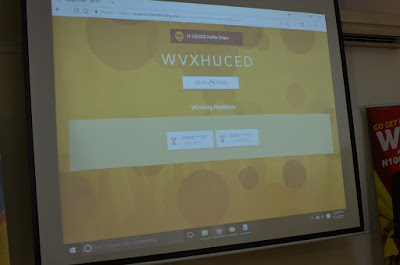 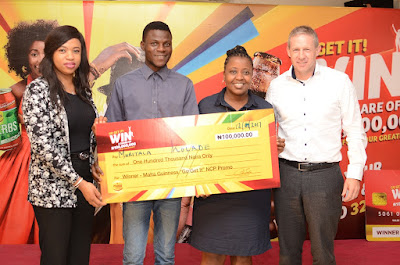 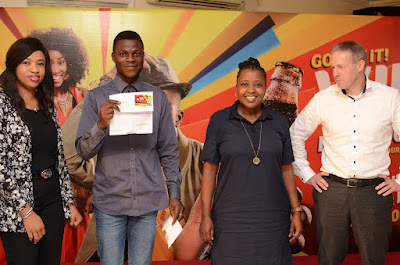 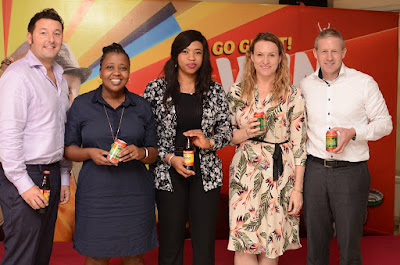 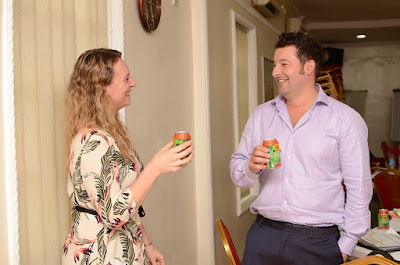 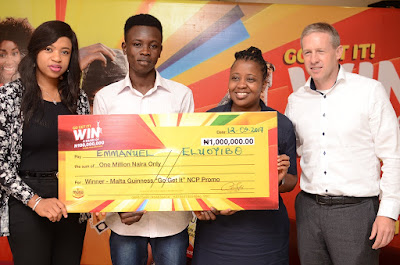 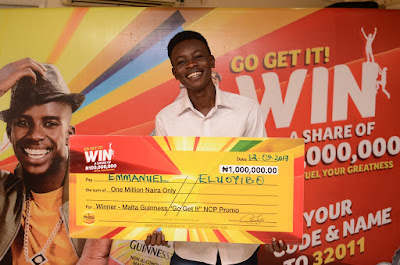