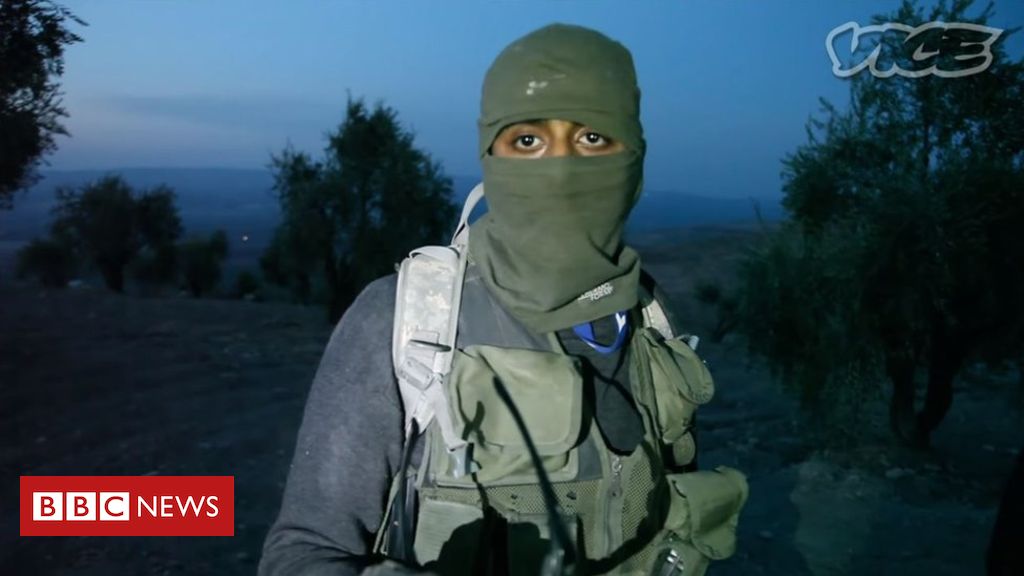 A British student has been jailed for al-Qaeda membership – after police used voice recognition to identify him as a masked man who made a militant speech in Syria on a YouTube video in 2013.

Mohammed Yamin, 26, from east London, had long returned from the conflict and resumed normal life.

But after he was spotted acting suspiciously in Whitehall in June 2017, detectives made the connection.

At the Old Bailey, Yamin was sentenced to 10 years and six months in prison.

His face had been hidden by a mask in the Syria footage, which was originally recorded for a documentary by Vice News, uploaded by them to YouTube and subsequently viewed by nearly one million people.

But when police stopped and questioned him in Whitehall four years later, they recorded the encounter on body-worn cameras and this was later checked using both facial and voice recognition technology.

Judge Mark Dennis, who jailed Yamin, said the Syria footage showed he had held “entrenched extremist views and fully supported the use of violence”.

He added that Yamin had pursued a “law-abiding life” since returning to the UK and rejected extremism.

In June 2017 – a time of heightened security after several terror attacks – police were alerted to a man acting suspiciously behind the ‘Women at War’ memorial on Whitehall.

Yamin, who had been filming the landmark on his mobile phone, was recorded by the body-worn cameras of the responding officers, telling them his name and address, but initially provided incorrect answers to other simple questions.

He said he was behind the memorial because he wanted to “be in the shade” and asked the officers about their weapons.

It was only later that detectives were able to make the link between the incident and the Vice video, which showed a masked Yamin in the Idlib region of Syria with a group of men who had pledged allegiance to al-Qaeda.

In the unedited video he is seen holding a rifle and making a speech to camera addressed to the “people of Britain” in which he refers to “Islam and the Caliphate” and says: “Our job as al-Qaeda, we just want to bring that back, and I know there is no dialogue that will be fit enough to do this peacefully, so we have to fight”.

Earlier that year Yamin had abandoned an engineering course at City University, London, to travel to Syria.

He briefly joined an aid convoy before returning to the UK, emptying his bank accounts, buying combat gear, and making his way back via Turkey.

WhatsApp messages from the period show Yamin telling family members he was doing charitable work, with one message saying “I’ve seen death in his face and I am after him here in the land of Syria”.

In May 2014, Yamin was arrested at Heathrow Airport, having arrived on a flight from Athens, on suspicion of travelling to Syria to deliver clothes to another man involved in terrorist activity – but he was subsequently released.

He then resumed his studies, completing a degree in civil engineering and eventually enrolling in a postgraduate course.

But following his arrest this year, he pleaded guilty to membership of a proscribed organisation and preparing acts of terrorism, with the latter charge relating to the steps he took to reach Syria.

A charge of possessing a rifle for terrorist purposes was left to lie on file.

The prosecution said it had no other evidence of Yamin’s actions between October 2013 and his return to the UK in May 2014.

Defence lawyer Hossein Zahir said in mitigation that his client was deaf in one ear, effectively blind in one eye, and “completely rejected his previous mindset”.

He said Yamin was “deeply remorseful and struggling with what he did”.

His case highlights the challenge posed to investigators in proving that people who travelled to Syria took part in terrorist activity. Were it not for the footage on Youtube, it is unlikely Yamin would ever have been charged.

The government has said that more than 900 people of “national security concern” joined the conflict in Syria and that, of these, approximately 40% have returned to the UK of whom around 40 have been charged with criminal offences.