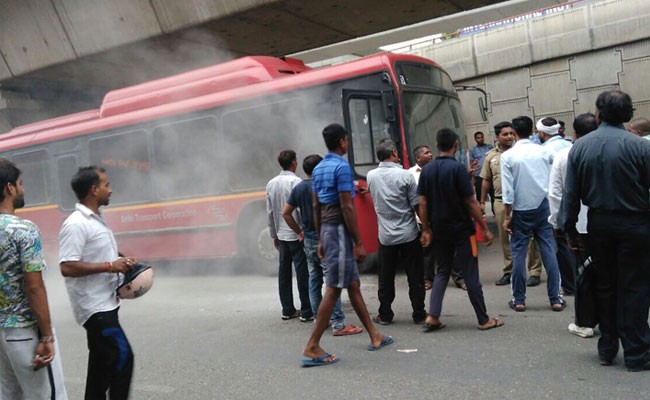 At least three instances of arson have occurred in Ganganagar district of Rajasthan, the birthplace of Dera Sacha Sauda chief Gurmeet Ram Rahim, after he was convicted in a rape case on Friday. Ganganagar district collector Gyana Ram said: “A jeep of the electricity department, as well as offices of the electricity and labour departments, were set on fire by vandals. It was the same group of vandals in all three instances and we are in the process of identifying them.” He said mobile Internet services have also been prohibited across Ganganagar district.

Ram Rahim’s birthplace, Gurusar Modiya village in Ganganagar’s Suratgarh tehsil, was calm on Friday. The district administration had deployed additional security personnel there. “It has been peaceful here. There is some police deployment but there is calm in the village,” sarpanch Harpreet Singh said.

Ram said all bus services have been suspended in the district while schools have been ordered to stay closed on Saturday. In neighbouring Hanumangarh district, which is on the Haryana border, mobile Internet restrictions were clamped till Sunday.

“There are estimated 1 lakh followers of Ram Rahim here but there hasn’t been a single case of violence or arson in the district. We have deployed appropriate police forces and an additional three companies of security forces are also assisting us,” district collector Parkash Rajpurohit said.

Bus services have also been suspended for an indefinite period. “We will take a call as per the requirement of the situation,” Rajpurohit said.