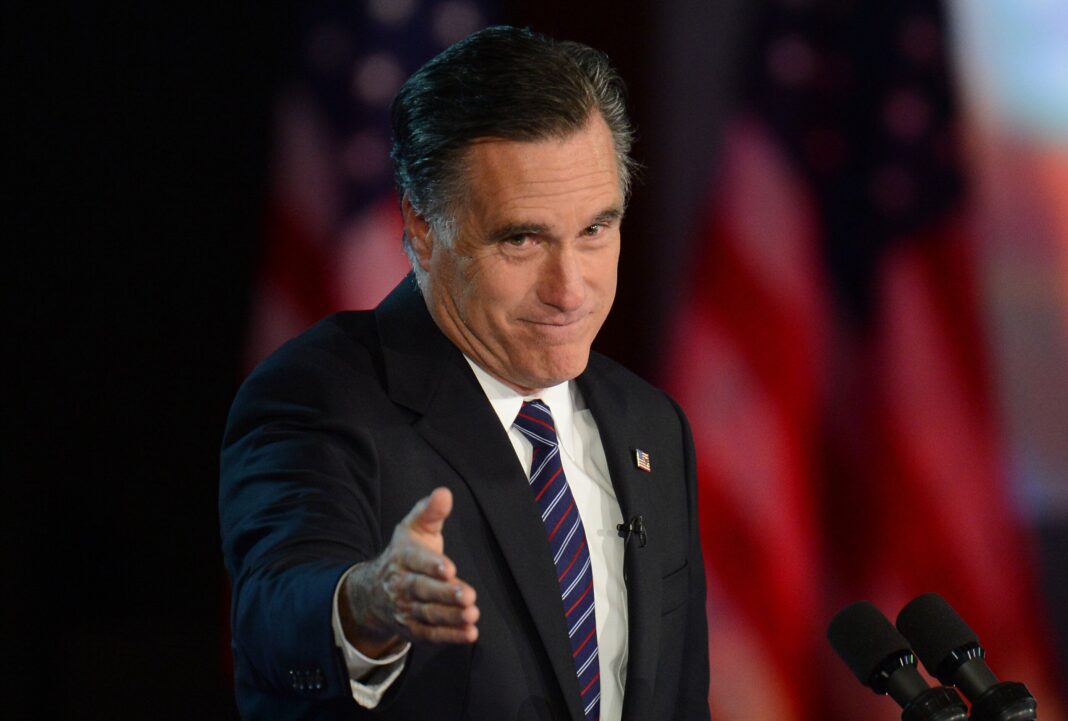 Sen. Mitt Romney (R-Utah) had a secret lurker account on Twitter ― one with a very memorable fake name.

Using clues from an Atlantic magazine profile, Slate found that Romney’s lurker account was hiding under @qaws9876, but bearing the handle: Pierre Delecto. Pierre is a French name, equivalent to Peter in English. Select is Latin for “delight” or “charm,” according to the Online Latin Dictionary.

Romney confirmed the news ― in French ― when asked in a follow-up by the Atlantic.

“C’est Moi,” he was quoted as saying.

While the account was created in 2011, it had very little activity on it other than defending Romney from media figures, such as when Soledad O’Brien slammed him for an “utter lack of a moral compass.” Romney ― or rather, “Pierre Delecto” ― fired back that he was the only GOP senator to call out Trump on the Mueller report and “hit Trump on character time and again,” per screenshots taken by Slate.

The account did have some very interesting “likes,” including a tweet earlier this month suggesting the use of the 25th Amendment to remove Trump from office:

I’ve always thought that “invoke the 25th amendment!” was a misguided, futile notion but after this Tweet from the President, I’m reassessing… https://t.co/MFs3MpT6kj

Romney has at least two active official accounts, a personal one as well as one for his Senate office, along with some others, such as the TeamRomney account set up for his 2012 presidential campaign, which hasn’t tweeted since an election night message that boasted about winning Indiana.

The secret Twitter account revelation gave Romney more attention on Twitter than perhaps he’s ever had. Just not under his own name. “Pierre Delecto” trended big time on Sunday evening:

Pierre Delecto is 100% the name I would imagine Mitt Romney picking for his alt-account. https://t.co/DtcThdDbGx

Pierre Delecto just called for the impeachment of David Dennison.

Seems Pierre Delecto has been a member of our Resistance for some time. Time to join the public brigade sir.

pierre delecto may seem like a weird name for mitt romney to choose for his secret twitter but then you have to remember this is how he blows out birthday candles pic.twitter.com/OqH7KddwHf

It gives me no pleasure to report that I will be laughing at Trump’s first Pierre Delecto tweet.

Worth noting this tweet that Mitt Romney responded to as his alias Pierre Delecto was about Republicans sticking up for Richard Burr who at the time had issued a subpoena for *Donald Trump Jr.* https://t.co/n0Bfo77O3C

I think people on both sides of the aisle can admit that Pierre Delecto is an amazing fake twitter name.

Pierre Delecto sounds like what a character would be named in one of those Italian James Bond ripoffs https://t.co/lYE55yCFSc

j jonah jameson screaming GET ME PICTURES OF PIERRE DELECTO