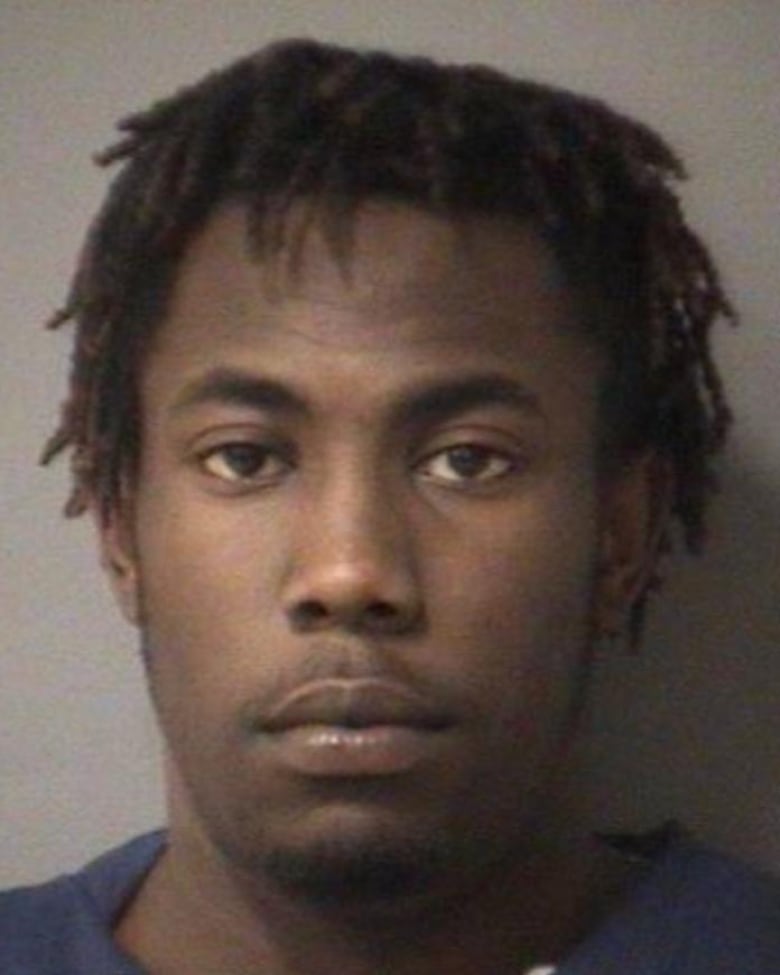 A Toronto family is pressing police for answers after a bungled arrest left a 17-year-old “traumatized” in what it believes was a case of racial profiling.

Dave Bosveld says his godson was driving near Don Mills Road and Finch Avenue on March 31 when other vehicles started ramming his car and boxing him in.

The tail end of the encounter — including the audible crack of what Bosveld says was a flashbang grenade — was captured on video that’s since spread over social media. It shows a person lying face down on the ground.

Bosveld says his godson, who is not being named by CBC News as he is a minor, was dragged from the car and handcuffed by undercover officers from Peel Regional Police and the Toronto Police Service. He was taken to the hospital, where Bosveld says he was treated for “scratches and bumps and bruises all over his body.”

Except the teenager wasn’t who police thought they were arresting.

Peel police told CBC that officers thought they were apprehending 21-year-old Kwami Garwood, who is wanted on charges of first-degree murder by Toronto police and on charges of kidnapping by Peel police.

Instead, they arrested the teenager. And Bosveld says his family is reeling.

“They’re in a lot of pain right now. They can’t imagine how this could have happened to their son and they want justice and they want accountability,” he said.

Police released the teenager, but not before charging him with breaching a court condition not to drive. The condition stemmed from the teen driving without a licence when he was younger.

“It’s entirely irrelevant to the incident,” Bosveld said of the charge, “and it really goes to show how disconnected from their behaviour these police are.”

She told CBC that officers received information that Garwood was in the area. Marttini said police felt the information was “credible and wanted to act” because he is known to be armed and dangerous.

“We never want to arrest the wrong person,” said Marttini. “We can only act with the information we are given.” She said the officers were “acting in good faith.”

A 17-year-old teen was driving in north Toronto on March 31 when vehicles started ramming his car, boxed him and he was eventually handcuffed and arrested. As Lauren Pelley reports the teenager wasn’t who police thought they were arresting. 2:42

But even that is worrisome, said Bosveld.

“If their suspect has done the things they’re alleging he’s done, we should all be very concerned that this is the best police work they could come up with — arresting a 17-year-old Black child that looks nothing like the actual suspect.”

In a statement released Monday, Peel police said it regrets the mistake “and the distress this has caused this young man and his family.”

“While our officers were acting in good faith on credible information, it does not negate that this was a traumatic experience,” police said. “An internal review is underway to examine the events leading to this incident.”

Bosveld is deliberate when referring to his godson as a youth, a child, a kid, or a boy.

“Our children, Black children, are not allowed their childhood,” he said.

Bosveld describes his godson as “a fun-loving guy.” The high school student would have sleepovers with Bosveld’s son, play basketball with his friends and has “been referred to as a big teddy bear.”

The family is “crushed right now,” he said, but “they’re such a strong family, so they’re going to get through this and they’re going to want to hold people accountable for what happened here.”

He said there is some relief, at least, that the teenager survived, and that “we’re not doing an autopsy on a 17-year-old kid.”

‘Layers and layers of trauma’

That’s a reality Bosveld has been thinking of now, in particular as Derek Chauvin, a white police officer charged in the death of George Floyd, a Black man, is on trial.

“You’ve got layers and layers of trauma and in seeing Black bodies harmed by this institution, the police, and now it’s here at your doorstep,” Bosveld said.

Peel police have a chance, he said, to show they’re sincerely committed to doing right by Black people.

Last fall, the force — which was recently ordered to pay $35,000 to the family of a six-year-old Black girl who officers handcuffed at school — signed a memorandum of understanding with the Ontario Human Rights Commission designed to root out systemic racism within the force.

The 17-year-old’s family has launched a crowdfunding campaign to help hire a lawyer in order to seek answers.

Their quest presents an opportunity for Peel police to show they take racism seriously, Bosveld said, and to explain how they plan to “make this family whole.”

Const. Marttini said police have been in touch with the family, although she declined to provide specifics.