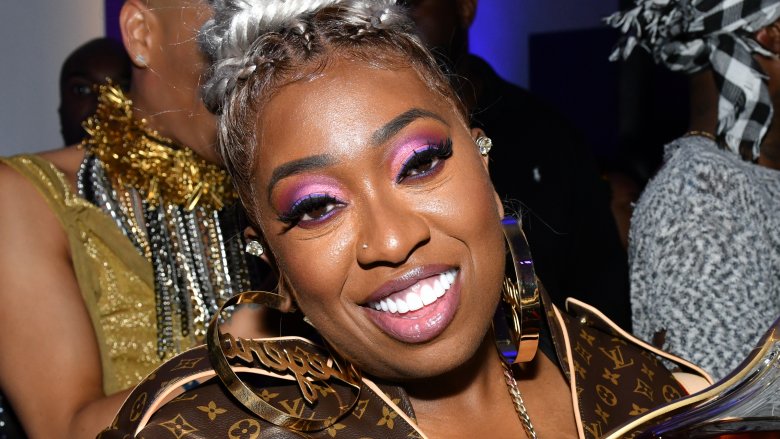 She still knows how to make everyone lose control.

Missy Elliott took home the much-deserved Video Vanguard Award at the 2019 MTV VMAs on Monday, August 26 — where she also performed on the VMAs stage for the first time in 16 years.

Understandably, Elliott became a bit emotional while accepting her award, looking out onto the sea of attendees and realizing just how far she has come since the beginning of her career and how much work she has put into building herself into a hip-hop legend. Her songs — like the throwback hits she performed on stage including “Lose Control,” “The Rain,” “Get Ur Freak On,” and more — have been the inspiration for countless artists that came after her, and her Video Vanguard Award win proves that even after over a decade away, Elliott’s star shines bright.

“I love y’all. I promised I wouldn’t cry this time because I cry at every awards show. This Michael Jackson Video Vanguard Award means so much to me. I’ve worked diligently for over two decades and I never thought that I would be standing up here receiving this award,” Elliot said, dedicating the honor to the dance community. “When y’all get on the stage with these artists, y’all are not just props … Y’all are the icing on the cake. Y’all are the beat to the heart. This is the next generation. I’m so humbled.”

She also thanked her mother and several of her personal music icons in saying, “I’d like to thank my mother, I love you. Janet Jackson, I know you are watching, I love you. Thank you for being such a great friend … Aaliyah, I love you. We miss you.”

Though it was announced prior to the 2019 MTV VMAs that Elliot would receive the Video Vanguard Award, Elliott was still moved. Her speech during the live ceremony reflected the heartfelt reaction she shared on Twitter earlier in August: “I am Humbly Grateful to be receiving the MichaelJacksonVideoVanguard Award. I Thank my FANS ‘Supafriends’ who fought diligently to see this day come. @KidFury @crissles who rooted for years 4 me. I am crying happy tears. Thank you God @MTV @vmas am SO HUMBLED.”

Elliott’s Video Vanguard Award win and her earth-shattering, career-spanning performance at the 2019 MTV VMAs were largely considered the best moments of the entire evening — which included a lot of things you didn’t get to see on screen. They both serve to continue Elliott’s red-hot streak of recent success as well. In July, Elliott became the first female rapper inducted into the Songwriters Hall of Fame. And just a week ahead of the VMAs, she dropped Iconology, her first EP in 14 years. An icon, indeed.