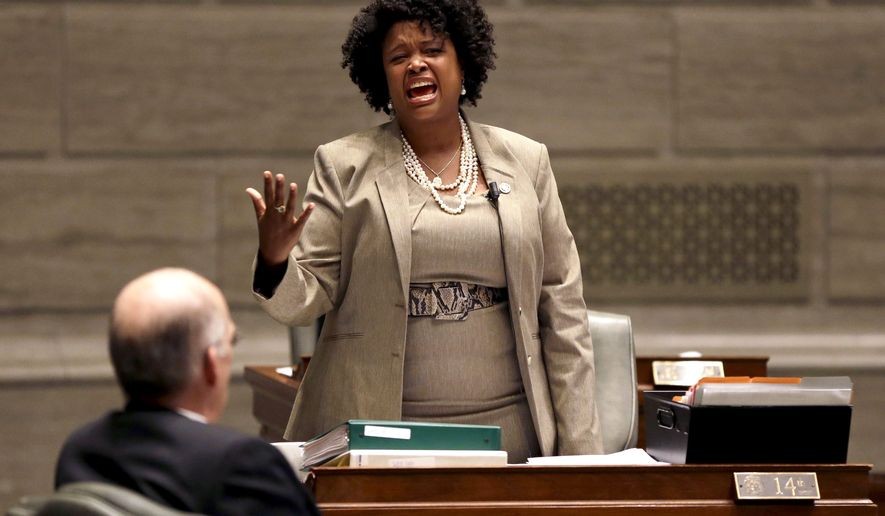 KANSAS CITY, Mo. — A Missouri lawmaker who drew bipartisan outrage over her brief Facebook comment expressing hope that President Trump would be assassinated apologized publicly Sunday to Trump and his family, calling the post “a mistake.”

But Sen. Maria Chappelle-Nadal, a black Democrat, said she has no plans to resign as numerous top Republicans and Democrats in Missouri have insisted since Thursday’s post in which she wrote, “I hope Trump is assassinated!” Gov. Eric Greitens and Lt. Gov. Mike Parson, both Republicans, said Friday that state senators should oust her.

“I made a mistake, and I’m owning up to it. And I’m not ever going to make a mistake like that again. I have learned my lesson. My judge and my jury is my Lord, Jesus Christ,” Chappelle-Nadal, who later deleted the post from her personal Facebook page, told reporters at a church in Ferguson.