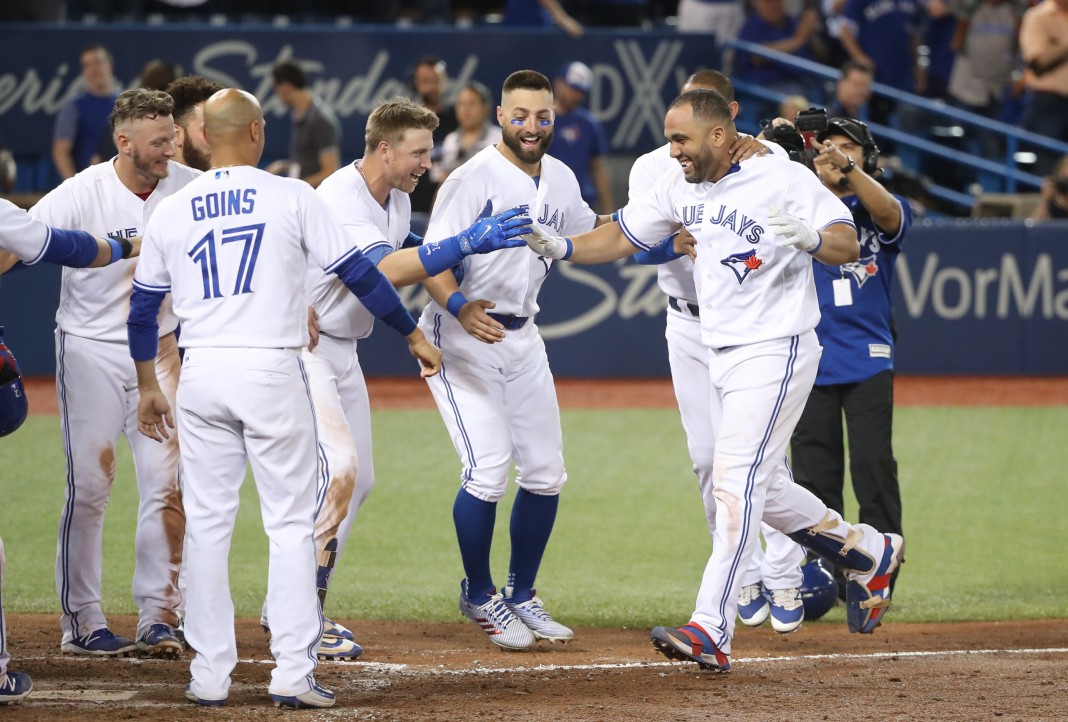 If you turned on the TV or settled into your seat even just a little after Sunday’s first pitch, chances are you missed most of the game’s excitement.

Boog Powell led off the game with a single. The next batter, Marcus Semien, hit a ground ball in between the third baseman and shortstop. Alex Bregman ranged to his right and fielded it cleanly, but had trouble getting the ball out of his glove and his throw sailed into right field. I could describe what happened next, but I think the video captures it so much better…

Suffice it to say the Astros made two errors before they recorded a single out and the A’s jumped out to an early 2-0 lead.

The bottom of the first proved to be Jharel Cotton’s toughest. After the A’s were gifted an early advantage, you were hoping Cotton could slam the door with a quick inning. While the Astros didn’t score, the inning proved to be anything but quick.

Cotton would settle in, however. He finished the day having thrown 93 pitches over 6.2 innings and allowed just four hits and three walks. His command wasn’t great but he seemed to find some consistency as he went. His final line also included two strikeouts and two earned runs, the last on Marwin Gonzalez’s towering seventh inning homer.

Houston’s starting pitcher and former Athletic farmhand, Brad Peacock, was good but not nearly as sharp as he’s been. I had to watch the Astros telecast today (and I term it ‘had’ because it was apparently scorecard day and they spent the entire game explaining how to score a game by hand) and in between scoring lessons, the Astros’ broadcasters mentioned that Peacock didn’t have the same command of his slider as he’d shown recently.

Peacock lasted just an out into the fifth, and while he struck out eight, he also allowed seven hits and two walks. He was charged with all three runs, only one of which was earned, and even that is hard to pin on Peacock because it happened on a passed ball after he’d already been yanked.

The A’s pitching staff deserves a hefty portion of the credit for today’s win and the bullpen was no small part of that effort. Newly-acquired Chris Hatcher came in to get the final out in the seventh and is credited with a hold. Hatcher started the eighth but was lifted after he gave up a lead off single. Blake Treinen came in and was fantastic.

Treinen pitched two full innings, earning his seventh save of the season. He allowed just one hit – a two out single to Carlos Beltran in the ninth – and struck out three. On the offensive side, Boog Powell was on base four times after hitting three singles and working a walk. Ryon Healy singled twice. Matt Joyce earned the A’s only extra base hit, a seventh inning double, and also stole a base.

In the end, the A’s avoided the sweep and improved their record against Houston to 3-18 over their last 22 meetings. Not enough can be said about Cotton’s performance.

Cotton’s 6 2/3 IP his longest since April 10, and two earned runs allowed are his fewest since June 23.

Hopefully today represents a corner turned and not another false dawn. Similarly, Treinen’s effort was masterful, and Hatcher’s was serviceable. Both can be penciled into next year’s bullpen and both have the potential (Treinen more than Hatcher) to be flipped for a prospect as the A’s look to complete the final stages of this rebuild.

Yet something still feels hollow about today’s victory. I don’t think I’m jaded from watching a 54-70 team, although I don’t blame anyone who is. I’ve actually really enjoyed the youth movement and the search for veteran role players. Instead, today just feels more like an Astros loss than an A’s win, at least to me.

The A’s fly to the East Coast tonight and begin a series against Baltimore tomorrow. First pitch is at 4:05 PM from one of the great ballparks in all of baseball. Hey, if nothing else, it’s something to look forward to ending your workday with. Have a wonderful rest of your weekend everyone!