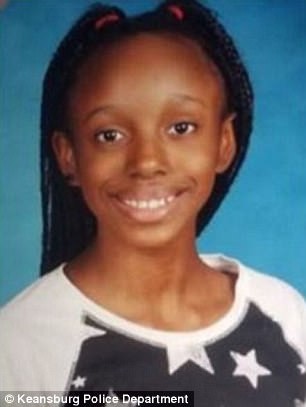 CALABAR—There was pandemonium, yesterday, at 3, Okon Edak Street, off Atamunu, Calabar, premises of a church, when the fresh heart of a one-year-old girl, Miss Success Ime, was discovered in the church.

Subsequently, the General Overseer of the Ministry, a Reverend, was arrested for allegedly using the girl for ritual.

Vanguard gathered that other fetish items, including goat heads, dead chicken, male and female effigies, wooden boat, crafted camel among others, were uncovered by men of Uwanse Police Division.

The grandmother of the victim, Mrs Arit Ime, told Vanguard that at about 3a.m. yesterday, they heard banging on their door, following which two masked men entered their room at 8, Okon Edak Street.

Mrs Ime said: “We were sleeping and at about 3a.m. when two men, who were fully masked, entered and started ransacking the house. They told us to lie face down or we will be shot.

“Initially, we thought they were robbers not knowing that they came for my little girl, Success, who was just one year and six months old.

“They took off with her, after which we raised the alarm. In the process, some of our neighbours made phone calls to the Police and one of them was apprehended.

“But as we speak, little Success is nowhere to be found. Part of the items we were told that was discovered included a fresh heart of a little child and we have no doubt that it is hers.”

A Police source told Vanguard that they got a distress call from the area and swung into action and that while looking for Success’ assailants, some people in mask were arrested.

The source said: “Some persons have been arrested including one Okon, who said he was sent by the Reverend to kidnap the girl.

“Six other persons were arrested alongside the General Overseer of the church with various fetish items, including a human heart in a bag with a photograph of a lady, effigies of both male and female, wooden canoe, goat head exhumed from the altar as well as other fetish items.”

When contacted the Police spokesman, Irene Ugbo, told Vanguard that that the matter was now a murder case and that seven persons, including the General Overseer of the church have been arrested.

Ugbo said: “We have arrested seven people, including one Reverend. We discovered a shrine in the church as well as other fetish items, including a fresh human heart, believed to be that of a child.”

Irene said investigation was ongoing to arrest other suspects who are still at large.