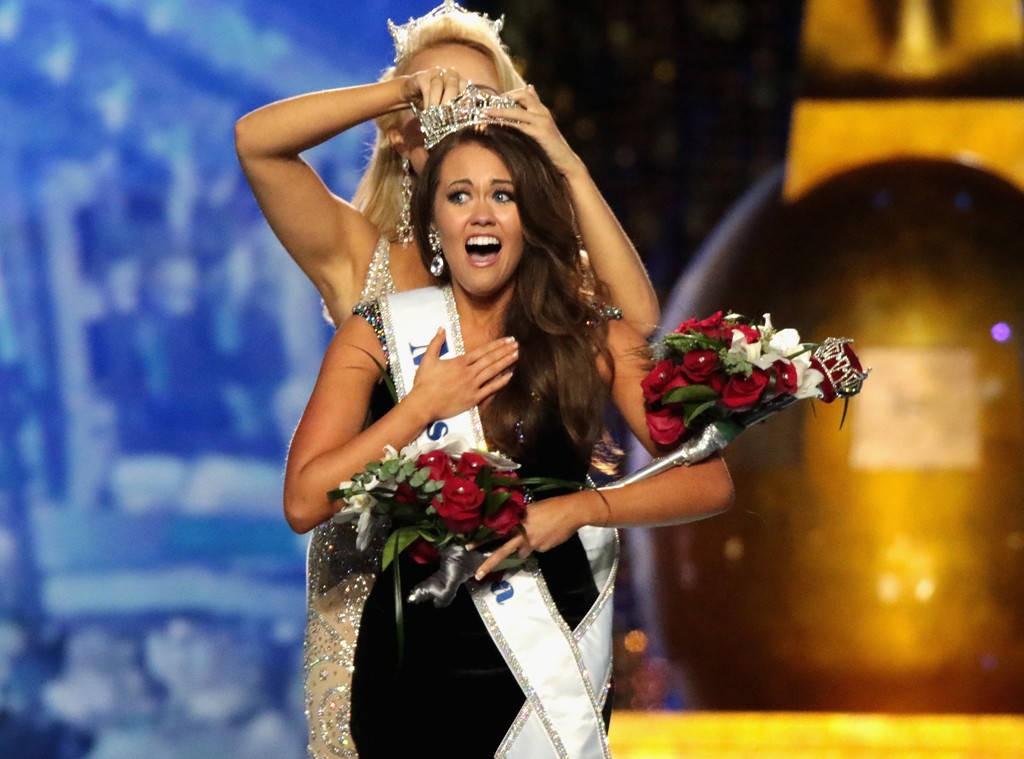 Out of 51 contestants, Cara was the lucky beauty pageant contestant to be crowned Miss America 2018 on Sunday night at Atlantic City’s Boardwalk Hall in New Jersey.

Whether it was her jazz dancing to Michael Jackson‘s “The Way You Make Me Feel” or answering a surprise two rounds of questions, the 23-year-old beauty received the most amount of votes and was crowned the winner.

So what else should you know about a woman who said that the No. 1 thing on her “Bucket List” was making it Miss America’s Top 10 and who called President Trump‘s decision to withdraw the U.S. from the climate accord a “bad decision”?

We did a bit of investigating and found out more than a few fun facts. Here’s just a preview: She’s got an Ivy League degree from Brown University and she’s headed to law school!

1. She Wants to Be Governor of North Dakota: During an pre-competition interview with The Associated Press,  Mund, a native of Bismarck, North Dakota, told the publication that her life goal is to be the first woman elected governor of her state.

2. She’s the First Miss America From Her State: Only three women from North Dakota have made it to the Top 10 and she’s the only one who has ever taken home the crown.

3. She Was a Tiny Dancer: Cara’s rousing jazz number wowed the crowd and that’s likely because she’s been dancing her sparkles off since she was a youngin’. Cara said on Instagram that she’s been “dancing her way through life since 1996.” She’s a national dance champion and she also has trained four summers with the famed Rockettes.

4. She’s All About Making Wishes Come True: Cara works with the Make a Wish organization and encouraged fans to “get involved with @makeawishamerica by contacting your local chapter!” She added, “Make-A-Wish children are often @cmnhospitals children! Through the #MissAmerica Organization, I make both miracles happen and wishes come true! #MissNorthDakota#wishescometrue#miracleshappen.”

When she was 14, Cara founded North Dakota’s Annual Make-A-Wish Fashion Show and has been working with the organization for 10 years.

5. She Got the Presidential Nod: In 2011, President Barack Obama recognized Cara’s charitable efforts.
In addition to taking home the crown and being North Dakota’s big winner, Cara will receive a $50,000 scholarship and a six-figure salary for her year of service as the reigning Miss America
Share
Facebook
Twitter
WhatsApp
Pinterest
Linkedin
ReddIt
Email
Print
Tumblr
Telegram
Mix
VK
Digg
LINE
Viber
Naver
Previous articleHencha Voigt Gets Cozy With Astrid Bavaresco’s Man on WAGS Miami: “Revenge Is So Sweet”
Next articleGabrielle Union and Dwyane Wade Are Our Fall Fashion Inspiration