Miranda Kerr‘s other special guy in her life was just as excited about her wedding Saturday.

The supermodel tied the knot with Snapchat CEO Evan Spiegel in an intimate ceremony in the garden of their home in the posh Brentwood neighborhood of Los Angeles in front of family and friends, including many of her fellow model pals. Photos from their big day have not been released.

At the reception, Flynn, Miranda and ex Orlando Bloom‘s 6-year-old son, was seen running around the property with a group of flower girls, having a great time, E! News has learned exclusively.

The little boy, dressed in a three-piece suit, “looked very excited,” a source said, adding that he “was twirling and spinning as he ran down the driveway.” 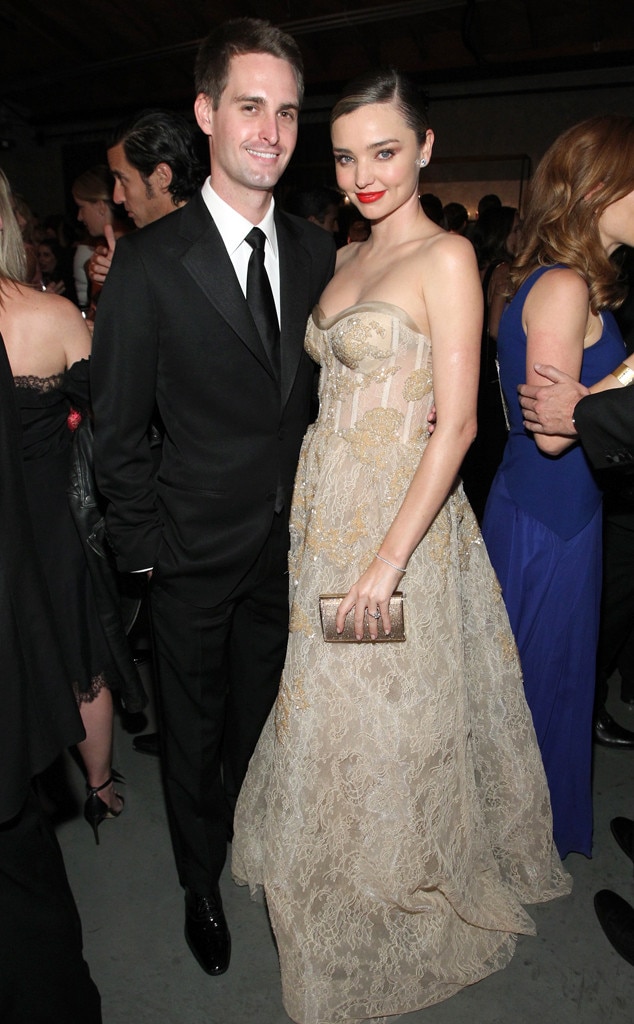 The wedding was very small—no more than 50 guests attended.

“Evan and Miranda looked at many different options for where they wanted to have their wedding, but their backyard was what felt most intimate and perfect,” the source said. “They kept it small with only those people that mean the most to them.”

Cocktails were served before the ceremony inside an open-air tent, while a pianist played songs such as “When You Wish Upon a Star.” A string orchestra also performed. The ceremony lasted just 20 minutes and guests cheered and yelled at the end.

The source told E! News the decor was rustic chic with farmhouse tables, white benches and chairs, cream-colored table cloths, cream-colored lounge furniture, pots of ferns and ivy, tall pillar candles and large arrangements of white and light pink garden roses. Dinner was also served in the tent and Miranda and Evan walked around with their dog, Teddy, in tow, thanking everyone for coming.

As guests were seated, Jason Mraz performed a set, which including his hit song, “I’m Yours.” After dinner, the music went silent and people made speeches. Many people talked about Flynn. One of Evan’s friends said, “Congratulations you three” at the end of his speech, referring to the child, the source said.

Other speakers included Evan’s sisters, Caroline and Lauren, who teared up while making very emotional speeches and cried. Miranda’s family members, including her mother, grandfather and aunt, also spoke. Her aunt gave Evan advice on how to keep a woman happy, saying, “Remember the woman is always right,” which got a laugh from the crowd.

At the end of the speeches, someone yelled, “Let’s eat cake” and a wedding cake was cut. Colbie Caillat then took the stage for about 30 minutes, performing songs such as “Falling for You” and “I Do.” At the end of her set, she thanked Evan and Miranda and said she was “honored to be there.” Jason then joined her onstage to perform their duet “Lucky.”

A DJ then took over and played songs such as Stevie Wonder‘s “Isn’t She Lovely,” Justin Timberlake‘s “Can’t Stop the Feeling” and Madonna‘s “Holiday.” Everyone hit the dance floor and didn’t stop dancing all night, the source said.

At the end of the night, the DJ announced, “Let’s hear it for the bride!” and Miranda got up on stage and sang Shania Twain‘s “Still the One.”

“She sounded amazing and hit all the high notes,” the source said. “At the end, everyone clapped and whistled for her.” 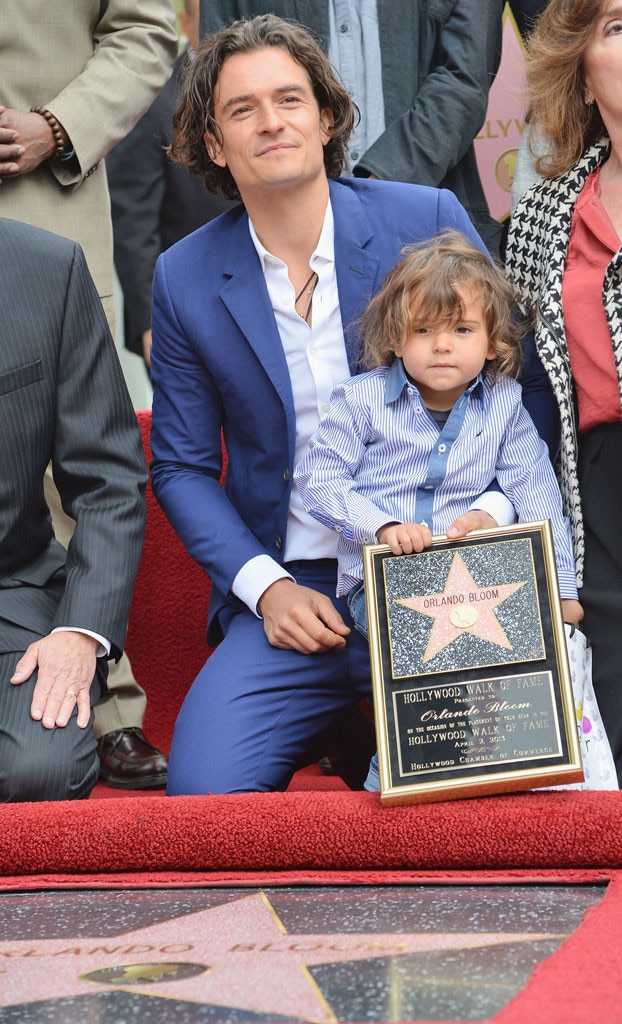 Orlando was not spotted. Another source had told E! News last week that the actor never received a formal invitation to the wedding and would not be attending. The source added that he and Miranda are on “great terms and wish each other the best.”

“Orlando knows that Evan treats Flynn well so that’s all that matters to him,” an insider had said at the time, while another told E! News that Evan “gets along with Flynn really well.”