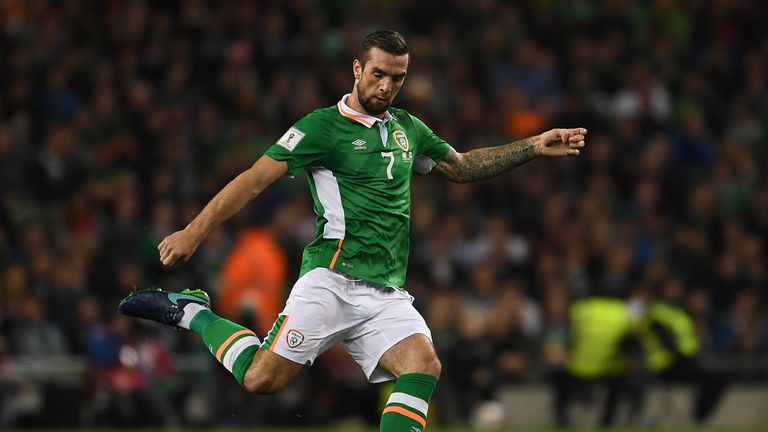 Shane Duffy of Ireland in action against Georgia

Shane Duffy and Eunan O’Kane escaped injury in a car crash as they travelled to meet up with the Republic of Ireland squad.

Brighton defender Duffy and Leeds midfielder O’Kane were on route to the team hotel when their vehicle was involved in a collision.

A Football Association of Ireland statement said: “We can confirm Shane Duffy and Eunan O’Kane were in a minor car crash en route to the Republic of Ireland training camp today.

“The two players have now reported safely to the team hotel in Dublin.”

The pair are due to fly out to the United States with the rest of the squad on Monday ahead of Ireland’s friendly against Mexico in New Jersey on Thursday.

Manager Martin O’Neill will be keen for 25-year-old Duffy to be involved in that game as he has missed out since March due to a fractured metatarsal, with a crucial World Cup Qualifier at home to Austria to come on Sunday June 11, live on Sky Sports 1 HD from 4.30pm.

The central defender needed life-saving surgery as an 18-year-old after lacerating his liver in a freak accident during an Ireland training session in 2010.

Meanwhile, West Ham keeper Darren Randolph and West Brom midfielder James McClean have been drafted into a party of 19 for the Mexico game, which kicks off at the MetLife Stadium at 8pm local time.

Bradford keeper Colin Doyle will also travel after joining up with the squad in Dublin following his club’s Sky Bet League One play-off final defeat to Millwall. 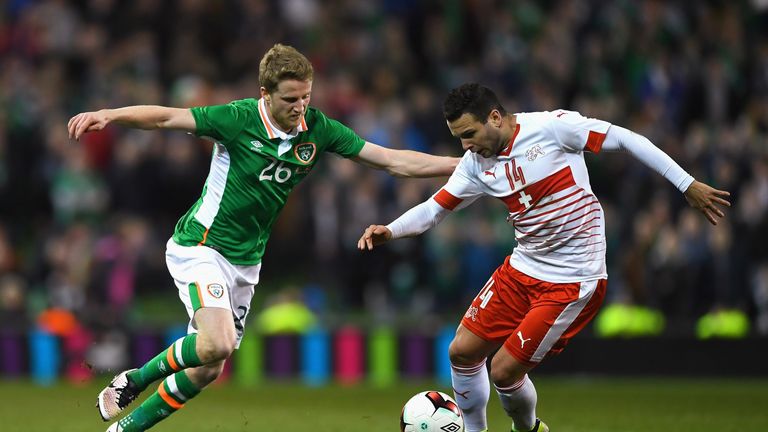 The bulk of those travelling spent three days last week in a training camp at the Fota Island resort in Cork, with many of O’Neill’s senior men only joining up on their return ahead of next Sunday’s friendly clash with Uruguay at the Aviva Stadium and the qualifier which follows seven days later.

However, Hammers youngster Declan Rice, who was involved with the senior set-up for the time in Cork, will not make the trip.

Ireland are currently joint top of the group on 11 points with Serbia, who face Wales in Belgrade on June 11, with the Welsh and the Austrians four points adrift at the halfway stage.