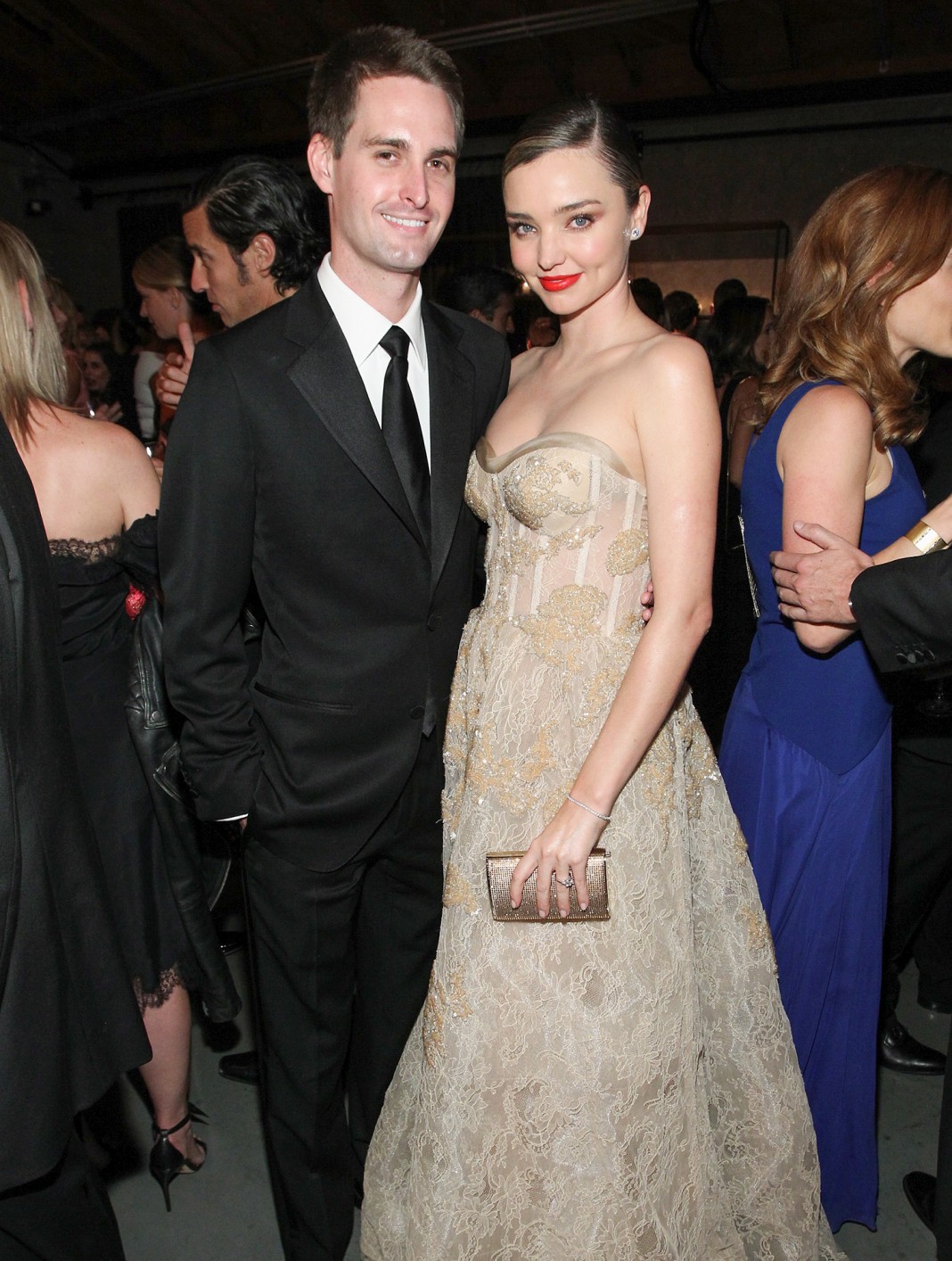 After a whirlwind romance, Miranda Kerr and Snapchat CEO Evan Spiegel are officially husband and wife!

The couple tied the knot in front of family and friends at their home in Brentwood, Calif., earlier today, E! News can confirm.

E! News can also report that the wedding had less than 50 guests.

“It was a small intimate wedding,” says a source, who added that the bride looked regal and like a “natural princess.”

In addition to being an intimate affair it was also an emotional one. Both the bride and groom had tears in their eyes, according to the insider.

“The vows were beautiful,” said the wedding goer.

As for the guest list for the exclusive event? Mostly high-profile attendees and some models, adds the source.

According to another wedding guest, people arrived at 4 p.m. and were served cocktails in an open air tent. A pianist played “When You Wish Upon a Star,” and was later joined by a string quartet. The ceremony began at 4:40 p.m. and lasted 20 minutes. At the end of the nuptials, the crowd cheered. The decor was rustic chic with farmhouse tables, white benches and chairs and light pink garden roses.

“Everything was done elegantly,” said the guest.

In between the ceremony and reception, Miranda had her makeup touched up by makeup artist Lisa Storey.

In June of last year, the Aussie model announced that she was engaged to the tech mogul after one year of dating one another.

E! News caught up with the brunette beauty recently where she gushed about why she’s completely head over heels in love with her now-husband.

“He’s just a really kind person and very genuine and very authentic and I really appreciate that about him,” she explained before adding, “And also, he’s very intelligent.”

This marks the second marriage for Kerr, who was previously married to Orlando Bloom for three years.

They married in 2010 and subsequently split up in October of 2013. The two have one child together, a son named Flynn.

For Spiegel, however, this marks his very first marriage.

So after wedding bells comes…baby news, perhaps? Well, Kerr did admit that she’s open to the idea of expanding her family with her new hubby.

“I am very content with having just one [child], but I am definitely open to the possibility of having more. [Flynn] will often say, ‘My friends have brothers or sisters, will I have a brother or sister one day?’ I say, ‘Maybe, honey.'”

Only time will tell, but until then, we wish Mr. and Mrs. Spiegel all the best on their exciting wedding news.

E! News has reached out to a rep for the model.