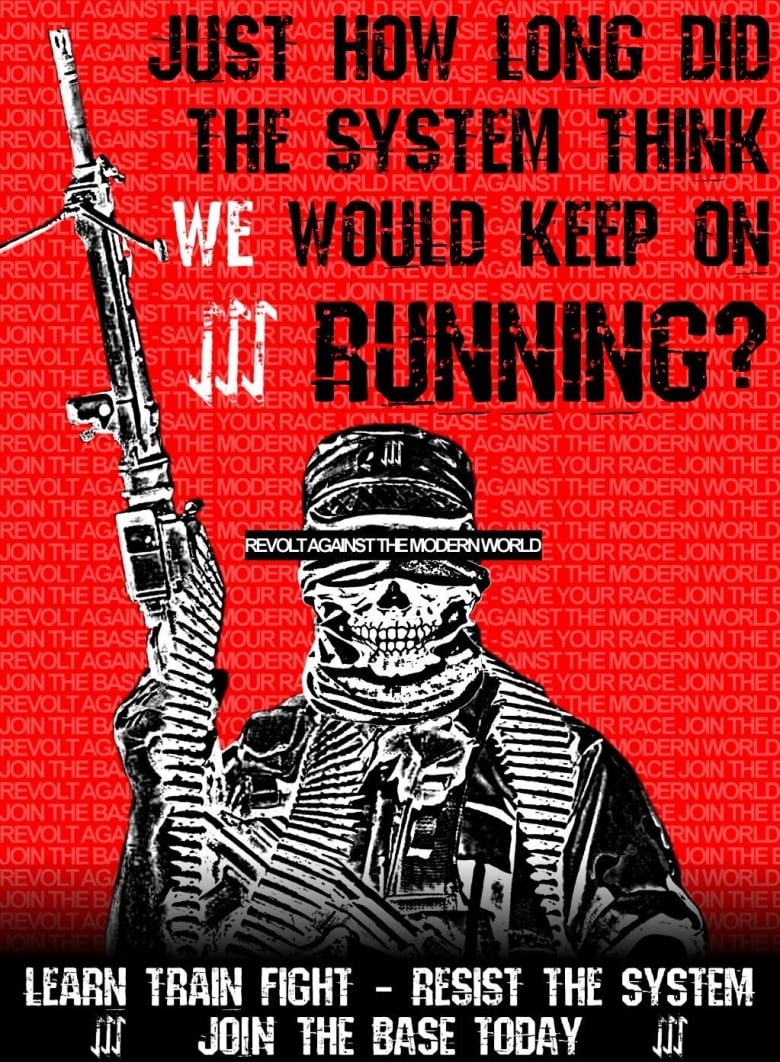 The military’s counter-intelligence unit secretly investigated Patrik Mathews — a former Manitoba army reservist and alleged recruiter for a neo-Nazi group — as a possible terrorist threat and produced classified reports months before he fled the country, triggering a cross-border manhunt, according to newly released classified documents.

CBC News has obtained a series of reports and internal emails from the Department of National Defence through Access to Information Act requests. They cover the spring and summer of 2019, when Mathews was a combat engineer with the 38 Canadian Brigade Group in Winnipeg with training in explosives.

The internal documents offer a rare glimpse into what went on behind the scenes of one of the most high-profile cases of alleged extremism in the ranks — a case that changed the way the military tracks and responds to reports of hateful conduct.

Last month, the federal government went on to classify The Base — the neo-Nazi group Mathews was allegedly connected to — as a terrorist entity under the Criminal Code.

‘For Canadian eyes only’

The heavily redacted documents obtained by CBC News show the Canadian Forces National Counter-Intelligence Unit gathered “raw data” about Mathews and produced a pair of “information” reports in June and July 2019, before the story first made headlines. The unit is tasked with “identifying, investigating and countering threats to the security of DND and the CAF from espionage, sabotage, subversion, terrorist activities, and other criminal activity,” according to the government’s website.

But internal emails reveal the local chain of command was left in the dark about the investigation and unsure of how to respond publicly after the Winnipeg Free Press reported allegations that Mathews was trying to recruit members for The Base, which experts have said represent the most violent of the far-right hate movement geared toward taking part in terroristic activity.

The newspaper also reported the group idolizes mass shooters and was trying to establish a white supremacist terror cell in Manitoba.

There was a scramble behind closed doors as military brass tried to work how to fast-track Mathews’ earlier request to be released from the reserves after the allegations about ties to the white supremacist group emerged.

At the same time, the Integrated Terrorism Assessment Centre (ITAC) was warning the highest levels of government that there was a risk of a terrorist attack targeting Canadian soldiers.

Canada’s allies may have shared intelligence

Security intelligence expert Wesley Wark reviewed the documents and said such reports are rarely seen by the public. He pointed to something called a “tear line” in the classified military intelligence reports that he said suggests some information “probably came to the Canadian Forces from our allies.”

“Above the tear line is the really sensitive, codeword-protected material,” said Wark, who is a senior fellow at the Centre for International Governance Innovation in Waterloo, On.

“Below the tear line is typically less classified information that can be shared more widely.”

Global News has reported the intelligence investigation was triggered in the spring of 2019 after border agents found racist material in Mathews’ truck during a random search at the Canada-U.S. border. They notified the RCMP and military.

‘An act of terrorism COULD OCCUR’

To help senior federal leaders make decisions about Mathews’ case, ITAC produced two reports in August and September 2019 assessing the level of danger to Canada, according to the documents.

ITAC warned the government the threat level at the time was “medium.”

Wark said the threat level in Canada has remained at the same level since 2014, following the shootings at Parliament Hill and the Canadian National War Memorial — where Cpl. Nathan Cirillo was shot and killed by Michael Zehaf-Bibeau while standing guard on ceremonial sentry duty.

“The ITAC reports are very heavily dependent on media reporting and that does suggest that perhaps they didn’t have a lot of other sources of information to really inform them about the details of the Matthews case at that time,” said Wark.

Mathews had gone missing and reportedly was in the U.S., allegedly to participate in The Base’s “hate camps,” where combat training includes using live ammunition, according to the ITAC report.

“One of The Base’s explicit goals is to recruit people who have military experience, or those with backgrounds in chemistry and engineering, so they can pass on those skills to other members,” wrote ITAC, citing media reports.

A chain of internal emails obtained by CBC News show that while the military’s intelligence team may have been aware of Mathews’ alleged behaviour, those dealing with the flurry of media requests when the story broke in Manitoba were not prepared to respond to such a high-profile case.

Deputy Chief of Staff Operations Col. Patrick Kelly wrote in an email that Mathews “had been under investigation since April 2019 with no knowledge of the ongoing investigation by the local chain of command.”

Stephanie Carvin, a professor of international affairs at Carleton University and a former national security analyst, reviewed the emails and said while parts are redacted, “there doesn’t seem to be any understanding of how to respond to these media stories.”

“People are kind of asking, what should we do?” said Carvin. “What are the procedures? Clearly, the confusion is there in these emails.”

On Sept. 4, 2019, a misconduct analyst requested advice on how to handle the file and noted photos of Mathews allegedly putting up posters about The Base were already circulating in the news media.

The military then internally shared flow charts describing how long it usually takes to release someone from the military for misconduct.

“Note when there is no medical advice, and we have all supporting evidence that will support balance of probabilities, we can do those files in an average of 75 days,” reads the report.

The military ended up fast-tracking Mathews’ request to be released from the reserves and discharged him on Aug. 30, 2019.

‘We were not prepared’

In a statement to CBC News, DND spokesperson Jessica Lamirande acknowledged that “we were not prepared to respond publicly to a CAF member being affiliated with an organization connected with hate related criminal activities.”

While the chain of command took action immediately, the military did not want to compromise the investigation by the Canadian Forces National Counter-Intelligence Unit, Lamirande wrote.

The unit does not always share information during the early stages of an investigation in order to maintain the integrity of its sources and the investigative process, and this one “had not yet progressed to that stage prior to media coverage of the events,” she said.

Military leaders had to balance restrictions in the Privacy Act with releasing information about the case that was in the public interest, she added.

“These cases are always unique and never simple, and we must always ensure due diligence,” Lamirande said.

The FBI arrested Mathews in Jan. 2020 with two other people as part of a larger investigation into the network. He’s accused of advocating homicide, the poisoning of water supplies and derailment of trains, and of planning to violently disrupt a pro-gun rally in Virginia.

Mathews faces four charges, including transporting a firearm and ammunition with intent to commit a felony.

He has pleaded not guilty and his lawyer, Joseph Balter, said he will use the First Amendment and freedom of expression as his defence.

Balter has been fighting to get some of the wiretap, email and video evidence gathered against him thrown out of court, saying investigators lacked sufficient probable cause to collect it.

In February, a Maryland judge denied most of those motions. Two more remain to be argued but a new court date has not yet been set. Balter has not responded to CBC’s request for comment. 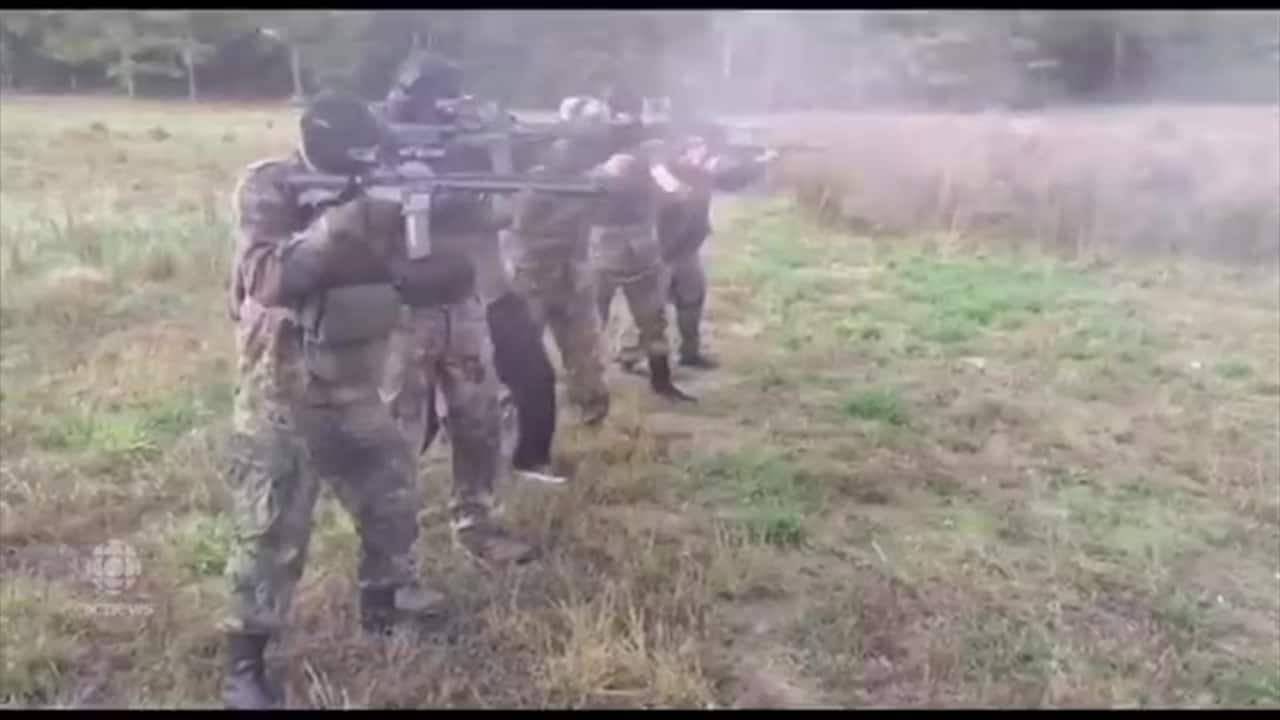 A former army reservist’s right to express his views, however repugnant, doesn’t trump the risk he might try to escape justice, a U.S. District Court judge declared Wednesday as he ordered accused white supremacist Patrik Mathews of Beausejour, Man., to remain behind bars. 2:18

Carvin said the internal documents also appear to show the military was just starting to recognize it might have an issue with “far right extremism that they hadn’t really anticipated.”

While some have warned of the threat of terrorist groups like al-Qaeda and the Islamic State infiltrating the Canadian Armed Forces, Carvin said the nature of violent extremism has “radically shifted” to more of an insider threat.

She pointed to a document that she said showed the military downplayed the threat and a 2018 survey that showed only a fraction of the forces had been involved in extremist activity.

‘What I think we see in these emails is a kind of bias where there doesn’t seem to be a realization that these kinds of individuals could engage in serious threats, or that there is a problem, because perhaps they weren’t looking for it,” Carvin said.

Amarnath Amarasingam, who studies extremism at Queens University and is a senior research fellow at the Institute for Strategic Dialogue, said the documents make it clear the military did not know what to do with suspected extremists in their ranks.

“There is an ongoing concern within the Canadian Armed Forces that they do have a small subset of people who are dabbling in violent content and sometimes violent, fiery content,” Amarasingam said.

“The challenge is going to be, you know, how do you get those individuals out?”

Following Mathews case, the military produced a list of alleged cases of extremism and hateful conduct for the defence minister that includes more than 50 cases between 2013-2018. The cases include claims of white supremacist views, neo-Nazi comments and racist or anti-LGBTQ comments.

In 2019, the military didn’t have a specific service offence for hateful conduct and was lumping those cases into a category that wasn’t measuring up to expectations, CBC News has reported. In most cases, the Canadian Forces was dealing with those accused behind closed doors, without any disciplinary action.

The military made changes to address that problem in July 2020 by defining hateful conduct in its policies and laying out consequences. 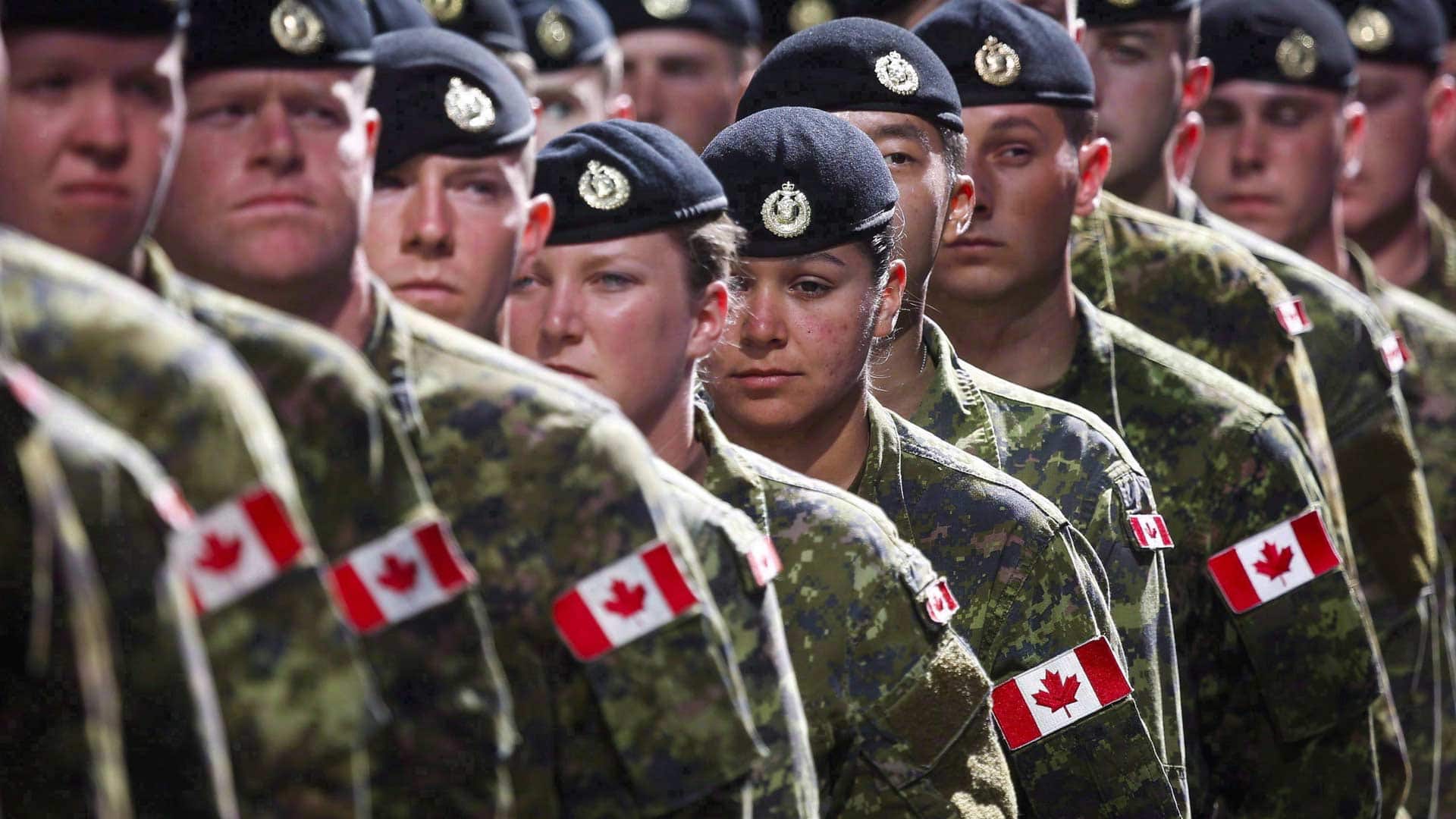 Canada’s military says it is working to prevent extremists from joining the reserves following the high-profile arrest of a former reservist with alleged ties to a U.S. white supremacy group. 2:49

It’s supposed to give the military insight into the scope and scale of hateful conduct within its ranks, allowing it to further refine its policies and help leadership respond to incidents.

Currently, DND is tracking 214 cases of alleged hateful conduct between January 1997 and February 26, 2021.

“I do think there’s an ongoing debate within the Canadian armed forces about the kinds of help that these guys might need, whether they’re allowed to think certain things, but not to think of other things and what that might look like,” Amarasingam said, adding the response would have been “more robust” if they had found a jihadist or ISIS supporter.

“I think I think they’re still having a difficult time understanding or figuring out what to do with particular aspects of far right ideology and how to respond.”