Miley Cyrus Pens Tribute to Late Janice Freeman: ‘I Miss You So Much’ 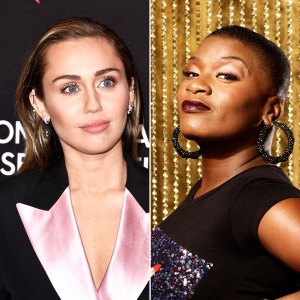 Mourning the loss of her friend. Miley Cyrus wrote an emotional tribute to the late Janice Freeman, who competed on the former Hannah Montana star’s team on The Voice season 13.

“I miss you so much it hurts. Everywhere ….. but so did you. So often. So much pain and no one would ever notice because of the smile and joy you constantly radiated,” Cyrus, 26, wrote via Instagram on Monday, March 4. “I am trying my best today to celebrate your existence but I can’t help but just deeply mourn over your absence.” 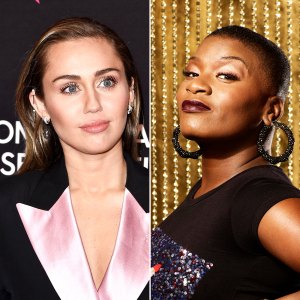 Cyrus continued: “Today we lost a legend … Everyone got it so wrong on our season together of The Voice because no matter what has been recorded or remembered YOU won my angel . You are not only the best singer that show has ever had the honor of having on that stage but the best f—king singer in the world … Janice you’re my star! I will never give up on you. Ever.”

The “Wrecking Ball” singer also revealed that she “was going to create a label” just so she could sign Freeman. The Disney Channel alum emotionally concluded: “I am no longer your coach , I never was ….. YOU constantly taught me. You’ve been my coach on how to love , on how to persevere , on how to fight for what I want and never let even my own body get in the way. Anything is possible if it’s being done with faith. You are my world . I will never forget you or stop loving you. I am forever yours , Miley.” 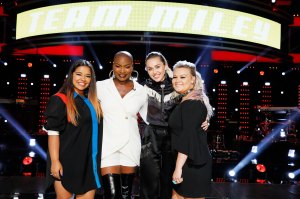 Freeman died from an apparent blood clot on Saturday, March 2, after she was rushed to the hospital with complaints that she couldn’t breathe. TMZ reported that the late singer’s husband, Dion, called 911 and performed CPR, but she was later pronounced dead. She was 33 years old.

Upon hearing the news of Freeman’s death, the “Nothing Breaks Like a Heart” songstress posted a photo of a rainbow on her Instagram story and wrote, “Thank you @janicefreeman … for everything. This represents you perfectly.”