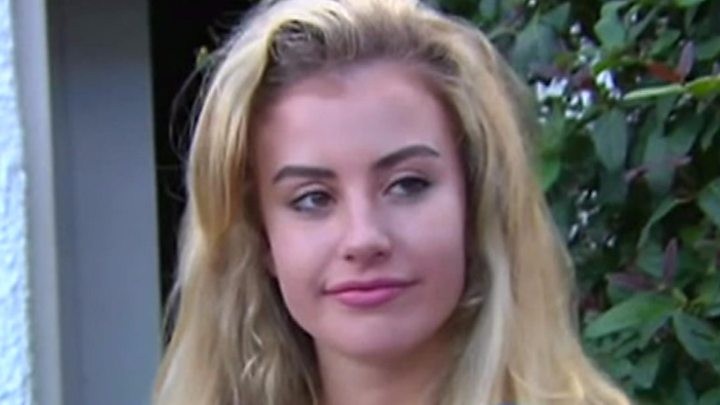 A British model who was allegedly kidnapped and held captive in Milan has been telling UK police about her “horrific ordeal”, her agent has said.

Chloe Ayling, 20, travelled to the city for a photo shoot on 11 July.

She was kidnapped by a group calling itself Black Death and was released five days later, Phil Green, from Supermodel Agency, said in a statement.

Ms Ayling wasn’t allowed to return to the UK until she had attended a pre-trial hearing, the statement added.

The model’s passport was detained by police until she gave evidence on Friday, and she was also asked to visit the crime scene before flying back to the UK on Sunday, her agent said.

Since her return, she has been “debriefing” the Metropolitan Police and the Foreign Office and “has requested to spend the rest of the day in privacy with her mother”, said Mr Green.

Italian police said she was attacked by two men and drugged and abducted, apparently to be sold in an online auction.

The officers said they had arrested Polish national Lukasz Herba, who lives in Oldbury in the West Midlands, on kidnapping charges.

Italian police said the model was drugged with ketamine before being locked in a bag and transported in a car to a house in Borgial, north-west of Turin.

She was handcuffed to a wooden chest of drawers in a bedroom for six days until she was released and taken to the British consulate in Milan, they said.

Ms Ayling said she feared for her life throughout the “terrifying experience”.

She added: “I’m incredibly grateful to the Italian and UK authorities for all they have done to secure my safe release.”

Investigations into the case are being carried out by authorities in Italy, Poland and the UK.

The UK’s National Crime Agency (NCA) said it had been working with the East Midlands Special Operations Unit (EMSOU) and the Italian authorities.

A spokesman said: “A house in the Oldbury area linked to Lukasz Pawel Herba was searched on 18 July by EMSOU officers with assistance from West Midlands Police.

The Metropolitan Police said officers were made aware on 12 July of “concerns over the welfare of a woman overseas”.

The Foreign Office said staff from its consulate provided support to a British woman following an incident in Milan.