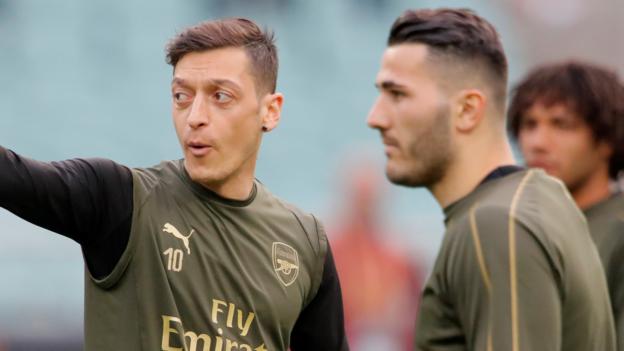 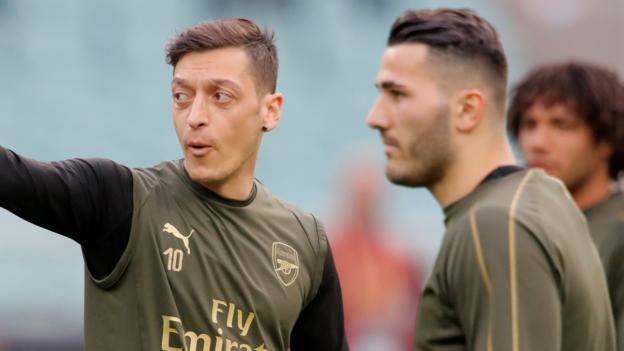 Mesut Ozil and Sead Kolasinac are not in Arsenal’s squad for Sunday’s Premier League game at Newcastle because of “further security incidents”.

The pair were involved in a carjacking attempt by an armed gang in north-west London a fortnight ago.

Arsenal say they are liaising with police and “providing the players and their families with ongoing support”.

“The welfare of our players and their families is always a top priority,” the club added.

“We have taken this decision following discussion with the players and their representatives.

“We look forward to welcoming the players back to the squad as soon as possible.”

Ozil and Kolasinac were left out of a friendly against Lyon following the attempted carjacking, but both featured in the final pre-season game against Barcelona on Sunday.

The latest incidents are being investigated by police.

After the failed carjacking attempt, Kolasinac posted a picture of himself and Ozil on social media and added: “Think we’re fine.”

In a statement, the Metropolitan Police said it was “in contact with Arsenal and will investigate any offences reported appropriately”.