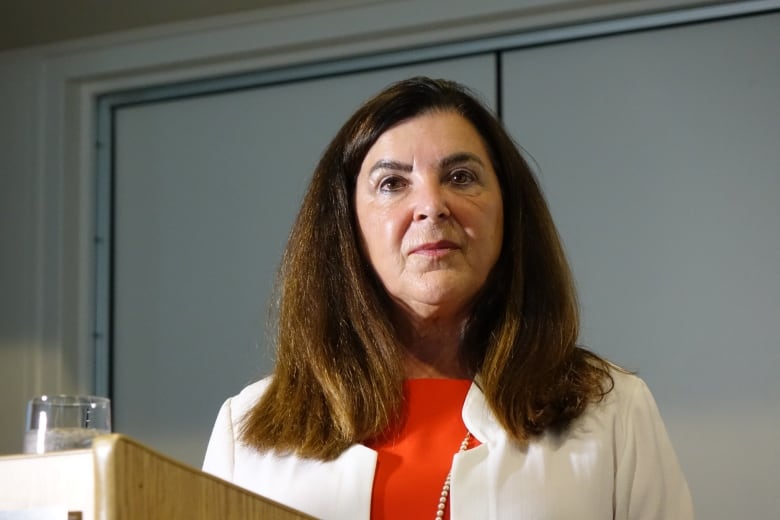 Memorial University will more than double its student tuition beginning in the fall of 2022, according to president Vianne Timmons.

The announcement comes one day after a reportedly closed meeting to discuss changes to the institution’s long-standing tuition freeze.

The cost for international students will balloon to $20,000 annually, but will remain competitive with universities across Canada, according to Kent Decker, the school’s vice-president of administration and finance. The national average sits at around $32,000, according to Education Minister Tom Osborne.

“Change in Memorial’s tuition structure is not a decision that was made lightly,” Timmons told reporters Friday.

“[This] is as big of a challenge as this university has ever faced. Everything is on the table.”

Timmons added that administration will review fees each year as part of the school’s budget process, stressing that the abrupt spike still positions MUN as the “most affordable university in Atlantic Canada” — albeit within a slim margin.

Currently enrolled students, along with students who will begin university in the fall of 2021, will not pay the announced fee hike. However, tuition for those students will rise by four per cent a year until 2026.

Fees besides tuition, like renewal fees, won’t increase, according to Timmons.

The soaring tuitions are fuelled by announcements made in this year’s provincial budget, when Finance Minister Siobhan Coady announced that the $68 million the government gives to MUN annually to maintain the tuition freeze will be phased out over five years, starting next year.

The budget change comes on the heels of two recent reports, one from the premier’s economic recovery team and one from an independent review of post-secondary schooling in the province.

The university’s operating grants have also been continuously cut in recent years, slashed by $9 million in the 2017 budget and by another $20 million two years prior.

Operating costs within the school’s faculty of medicine were not highlighted during Timmons’s presentation, as she says they receive funding from the Department of Health. She said a multi-year financial plan is in development and will be shown to the board at a later date.

The increase marks the first change to tuition fees in Newfoundland and Labrador since 1999, when the provincial government raised operating grants to post-secondary institutions in support of a tuition freeze. At the time, it called the student debt-load ratio a “national concern.”

According to Timmons, the school is also projecting a 20 per cent drop in student enrolment as a result of the tuition hike, which she says was based on historical data.

“We think that will happen in 2022. We’re hoping it won’t, but we wanted to be reasonable and measured in our projections financially,” she said. “We do have experience in looking at when we increase the domestic tuition for Canadian students, we did have a drop in enrolment.”

Students have decried the prospect of an increase, saying the spike could lead to regional and international students alike deciding against pursuing education in Newfoundland and Labrador.

They held a protest against expected cuts in June.

“That is the group … that this will have the most impact on,” she said. “Students in need are our primary concern, and that will be our focus for fundraising as we move forward.”

Timmons briefly mentioned unspecified support for prospective international students, but did not elaborate.

The provincial government also announced changes to the its student grants and loan systems Friday.

Beginning in August 2022, eligible students may apply for up to $3,450 per year in non-repayable grants, in addition to grants and loans already in place, according to a media release. Total student loan weekly rates will also rise from $40 per week to $100 per week.

Students are eligible if they enrol in a full-time bachelor program and graduated from high school in Newfoundland and Labrador. Students who enrolled at MUN before 2022 won’t be eligible for the new needs-based grant program, since they aren’t affected by the full tuition increase.

They must also qualify for need under the province’s financial aid program.

“These programs will ensure that every Newfoundland and Labrador student, regardless of their income, will have the opportunity to access a world-class post-secondary education in this province,” Education Minister Tom Osborne told reporters during the announcement. “This is something that we will always support.”

The program will cost government an estimated $18 million annually. It’s unclear how much the increase weekly loan assistance will cost the province, with Osborne saying more will be known as students start applying.

With the $68-million grant now being phased out, Osborne said Memorial will have to find a way to attract investment to make ends meet.

“Can that be done? Absolutely,” he said.