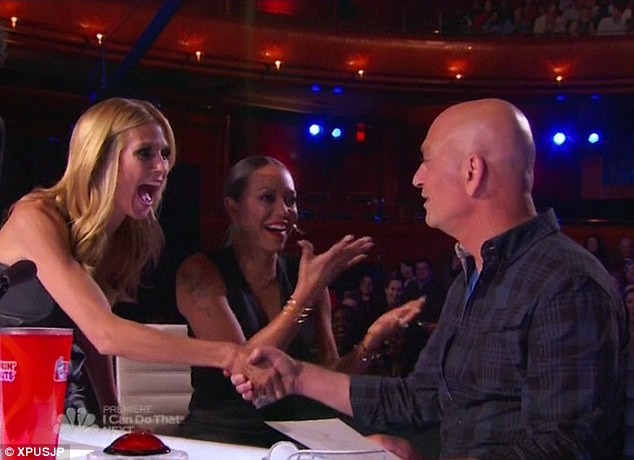 Like they always say, anything can happen on live TV.

As America’s Got Talent broadcast live from the Dolby Theatre in Hollywood Tuesday night, viewers not only witnessed a couple technical difficulties. They also experienced a disagreement between Mel B and Simon Cowell.

“I kind of think it will be like Mel B’s wedding night,” he shared. “A lot of anticipation, not much promise.”

Before Simon could even finish his thought, Mel B grabbed her Dunkin Donuts mug and poured the remaining drink on her co-worker.

“Mel B is out. This is live TV, all. Live TV,” host Tyra Banks shared as the Spice Girls member left the judges table. Howie Mandel added, “Something just went wrong.”

While the judges would reunite for the remaining acts, the interaction wasn’t the only event to grab the attention of viewers tonight.

In addition to Demian’s act that didn’t go quite as planned, dance crew Light Balance was unable to perform their set live. Instead, the judges had to make their critiques based on dress rehearsal footage.

“These are my guys,” Tyra told the crowd weeks after using her Golden Buzzer on the act. “They’re having technical difficulties.”

America’s Got Talent airs Tuesday and Wednesday nights at 8 p.m. only on NBC.