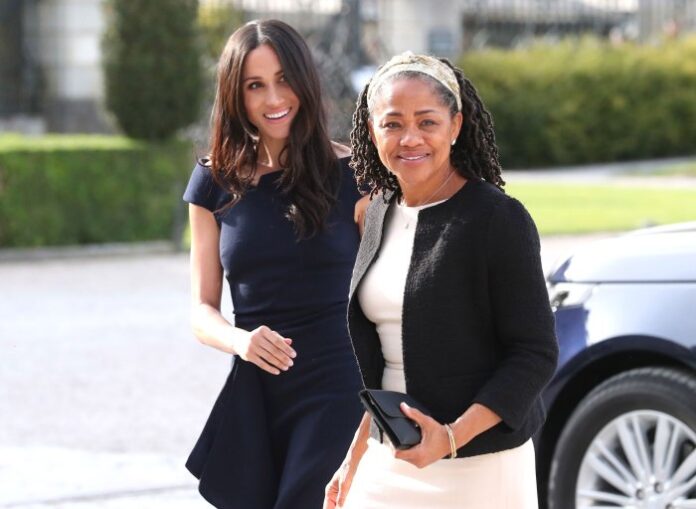 “I remember her telling me that — she had wanted to take her own life,” Ragland, 66, said in the second part of Prince Harry and Meghan’s Netflix docuseries, which started streaming on Thursday, December 15. “And that really broke my heart. Because I knew — well, I knew that it was bad.”

The social worker explained that she didn’t know exactly how hard the situation was for her daughter, 41. “But to just constantly be picked at by these vultures, just picking away at her spirit. That she would actually think of not wanting to be here,” Ragland continued. “That’s not an easy one for a mom to hear. And I can’t protect her. H can’t protect her.”

Harry, 38, for his part, said he was “devastated” by the revelation. “I knew that she was struggling. We were both struggling. But I never thought that it would get to that stage. And the fact that it got to that stage, I felt angry and ashamed,” he admitted to the cameras. “I didn’t deal with it particularly well. I dealt with it as institutional Harry, as opposed to husband Harry.”

According to the Duke of Sussex, his first reaction was to address it as a member of the royal family, adding, “I had been trained to worry more about, ‘What are people gonna think if we don’t go to this event? We’re gonna be late.’ I hate myself for it. What she needed from me was so much more than I was able to give.”

Meanwhile, the former actress discussed how public scrutiny caused her mental health to deteriorate. “I was like, ‘All of this will stop if I’m not here,’” she revealed. “And that was the scariest thing about it. It was such clear thinking.”

Harry and Meghan originally announced plans to step away from their roles in the royal family in 2020. One year later, the couple and the palace confirmed that the decision was made permanent and moved to the United States ahead of the COVID-19 pandemic.

At the time, the Duchess of Sussex broke her silence about how the British press took a toll on her. “I just didn’t see a solution. I would sit up at night, and I was just, like, I don’t understand how all of this is being churned out,” she said in a CBS tell-all interview in March 2021. “I realized that it was all happening just because I was breathing. I was really ashamed to say it at the time and ashamed to have to admit it to Harry, especially, because I know how much loss he’s suffered.”

Harry later credited therapy for helping him work through his own issues since their move to California.

“It was a conversation that I had with my now wife. She saw it. She saw it straight away. She could tell that I was hurting and some of the stuff that was out of my control was making me really angry. It would make my blood boil,” the U.K. native, who shares son Archie, 3, and daughter Lili, 18 months, shared during an appearance on Dax Shepard‘s “Armchair Expert” podcast in May 2021.

The palace has not yet publicly addressed Harry and Meghan’s claims.

If you or someone you know is in emotional distress or considering suicide, call the 988 Suicide & Crisis Lifeline at 988.